The victim was harassed and stalked by Vikas Barala, a Haryana BJP leader’s son in Chandigarh.

“It’s up to the government where it deputes me keeping in view my capabilities. I don’t have any problem in it. I never tried to stop my transfer order,” Virender Kundu said as reported by The Indian Express.

Vikas had allegedly stalked and harassed Varnika in the early hours of August 5 on sector 8-sector 7 (well-known as ‘gedi’ routes) in Chandigarh.

The accused, who had been booked on charges of stalking and attempting to abduct Varnika, had filed a bail plea at a court in Chandigarh. The court dismissed the plea on Tuesday.

Reacting to Virender’s transfer, senior Congress leader Randeep Singh Surjewala tweeted, saying the officer has been “punished for standing up to BJP in quest for justice for his daughter, Varnika Kundu?” 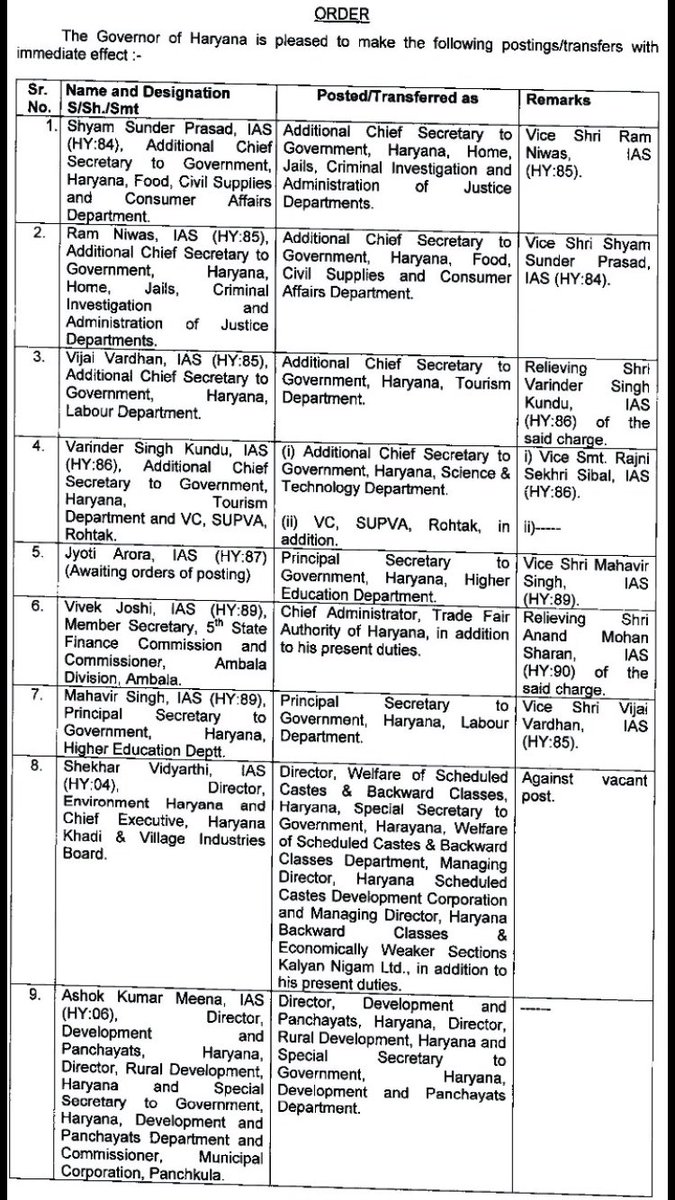 V.S.Kundu gets sidelined.
Punished for standing upto BJP in quest for justice for his daughter, Varnika Kundu?

#India - Inequities in availability of potable water exemplifies the inequities that exist
#India - Law intern says she is being looked at with suspicion by SC panel #Vaw
India - Centralised Database for Framers
Manorama Devi's murder - Can Compensation Replace Justice? #AFSPA