Changing the Histories of India and Pakistan 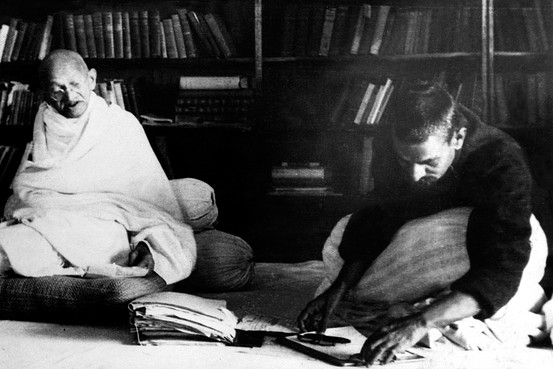 “What’s the first thing you think of when I say ‘Jinnah’?” Ayyaz Ahmad asks a Grade 10 history class in Mumbai.

“He looks like Voldemort,” one girl says, prompting everyone to erupt in laughter. “Traitor,” said another, “Evil, responsible for partition [of India].”

Many Pakistanis would be offended to hear children talk about the founding father of their country in such a way. But Mr. Ahmad isn’t surprised his question elicits this response. Indian history tends to portray Mr. Jinnah in a negative light.

Mr. Ahmad is a co-founder of The History Project, a Lahore-based group that has compiled a book to draw attention to the differences in India and Pakistan’s portrayals of history. The book contrasts the Indian and Pakistani narratives of historical events in high school textbooks.

“Our Indian textbooks place the responsibility for partition on Jinnah, while the Pakistani ones say that Gandhi was instrumental in partition… and neither side talks in detail about the tragedy and violence during partition,” said Navaz Batlivala, a history teacher in Mumbai.

Mr. Ahmed and the two other co-founders of The History Project presented their work at four schools in Mumbai last month. They will visit 10 schools in Lahore when they return home in May.

“We are trying to give youth from India and Pakistan access to the other side of the story. Most of the time, they only hear one side,” said another co-founder of the project, Qasim Aslam.

The book includes excerpts from three Indian and nine Pakistani textbooks about 16 historical events, from the first war of independence in 1857 to the partition of the Subcontinent in 1947.

Stark contrasts emerge in the portrayal of political leaders, as well as the causes, consequences and even dates of events.

In 1905, Bengal was divided into two; West Bengal — with a Hindu majority — and East Bengal — with a Muslim Majority. The History Project refers to Indian textbooks that say the British claimed the partition was for administrative reasons, but a “hidden reason” was to divide Hindus and Muslims and curb a “rising tide of Indian nationalism.” Congress and other nationalists launched an anti-partition movement, in which both Hindus and Muslims marched, chanted slogans and composed songs to show their unity.

The Pakistani textbooks they refer to accept the British justification for the partition, saying there were “obvious administrative problems in trying to control such a large province.” But they say only Hindus launched a “violent agitation” against the partition, while Muslims were happy because they became a majority in East Bengal. 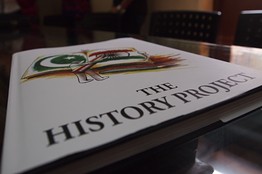 By June, The History Project team hopes to launch a Twitter feed that imagines political figures tweeting about historical events. “For example, after thousands of people showed up for the Lahore Resolution, Jinnah would tweet, ‘nailed it’ and Gandhi would comment, ‘show off’,” said Mr. Aslam.

Another event the two countries disagree on is the “Civil Disobedience Movement.” In Indian textbooks, it is celebrated as the coming together of disparate social groups to boycott British goods and join Mahatma Gandhi on the Salt March in April 1930. A blank page in The History Project suggests that Pakistani textbooks have omitted this movement from history.

“Princely States,” the final chapter of The History Project, raises the curtain on the ensuing conflict over the northern state of Kashmir, which was not delineated as part of either country when the British withdrew in 1947.

The Indian textbooks say armed intruders from Pakistan attacked Kashmir in 1947. Hari Singh, then ruler of the state, signed an agreement to join India, after which the Indian army went to defend Kashmir. But the Pakistani textbooks say Mr. Singh started a violent campaign against Kashmiri Muslims. When they revolted, with Pakistan’s support, he was forced to ask for India’s help. The Indian government agreed on the condition that Kashmir would sign an agreement to join India, the textbooks say.

“We don’t want to raise emotions. We want children to question what they believe is the truth, and it’s easier to do that with history,” said Mr. Aslam. 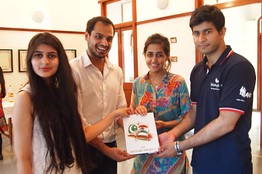 The History Project juxtaposes narratives directly from textbooks, without including analysis or opinion. The illustrations use a “faceless man” to avoid stereotypes that are attached to well-known political personalities, said Zoya Siddiqui, the book’s illustrator.

The idea behind the project came from Feruzan Mehta when she was director of programs in India for Seeds of Peace, an international camp for teenagers from countries in conflict held annually in Maine.

“Historical events are politicized to substantiate present events… and textbooks become a tool to bolster a political agenda,” said Ms. Mehta, adding that she hopes teachers in both countries use The History Project as a reference tool, going beyond the prescribed curriculum.

“Textbooks all over the world are one-sided… each country tends to praise its own good deeds,” said Ms. Batlivala, the history teacher in Mumbai. It’s important to teach children to have an open mind, she added.

'No single leader can change India'
HRF statement on drought and farmers suicides
Why Modi is so desperate to own the constitution, and Ambedkar
Jury Recommendations: PEOPLE’S HEARING ON FABRICATED CASES #mustread