WARNING: The above report contains images some may find distressing.

A suspected chemical attack on a rebel-held Syrian town has drawn widespread international condemnation, with the United Nations saying it would investigate the bombing raid as a possible war crime.

At least 72 people, including 11 children, were killed in Khan Sheikhoun, Idlib province, on Tuesday, according to the Syrian American Medical Society (SAMS), which runs several field hospitals in the area. More than 550 people were injured.

SAMS doctors on the ground said the attack caused people to vomit and foam from the mouth. Others lost consciousness and suffered muscles spasms.

The group said the symptoms, which also included constricted pupils and slow heart rate, were indicative of an organo-phosphorus compounds agent – a category of toxic gases which includes sarin.

“We were affected by the gas. We couldn’t stand up,” Veda Ajej, one of the victims treated in a hospital in the Turkish town of Reyhanli, near the Syria border, told the Reuters news agency.

“I felt dizzy and nauseous. I suffered from shortness of breath. I couldn’t breathe.”

Local health workers said the death toll could rise and eventually reach 100. A member of the White Helmets, a rescue group that operates in rebel-held areas, told Al Jazeera that up to 300 people had been injured.

The Syrian National Coalition, an opposition group, said a gas similar to sarin was used in the attack, which it blamed on government planes.

Syria’s military rejected the accusation, saying in a statement that the army “denies using any toxic or chemical agents in Khan Sheikhoun today, and it did not and never will use it anywhere”.

Russia, which has been bombing rebel-held areas since September 2015 in support of Syrian President Bashar al-Assad‘s forces, also denied it was responsible for the attack.

UN Secretary-General Antonio Guterres was “deeply disturbed” by the attack, his spokesman said, adding that the world body was “currently not in a position to independently verify” the reports of use of chemical weapons.

An emergency Security Council meeting was scheduled for Wednesday. The United States, Britain and France proposed a Security Council resolution that diplomats said would likely be put to a vote.

The draft text, seen by Reuters, says Syria’s government must provide an international investigation with flight plans and logs for Tuesday, the names of all helicopter squadron commanders and provide access to air bases where investigators believe attacks using chemicals may have been launched.

If confirmed, it would be the deadliest chemical attack in Syria since sarin gas killed hundreds of civilians in Ghouta, near the capital, Damascus, in August 2013. Western states said the Syrian government was responsible for the 2013 attack. Damascus blamed rebels.

Khan Sheikhoun residents said the attack began in the early hours of Tuesday morning, when they heard planes in the sky followed by a series of loud explosions, after which people very quickly began to show symptoms. They said they could not identify the planes. Both Syrian and Russian jets have bombed the area before.

“My family and I were sleeping during the attack,” Ahmed, another victim treated in Reyhanli ,told Reuters. “The bombing was carried out and there was a big explosion. I felt dizzy and nauseous. I had trouble breathing – I don’t remember the rest.” 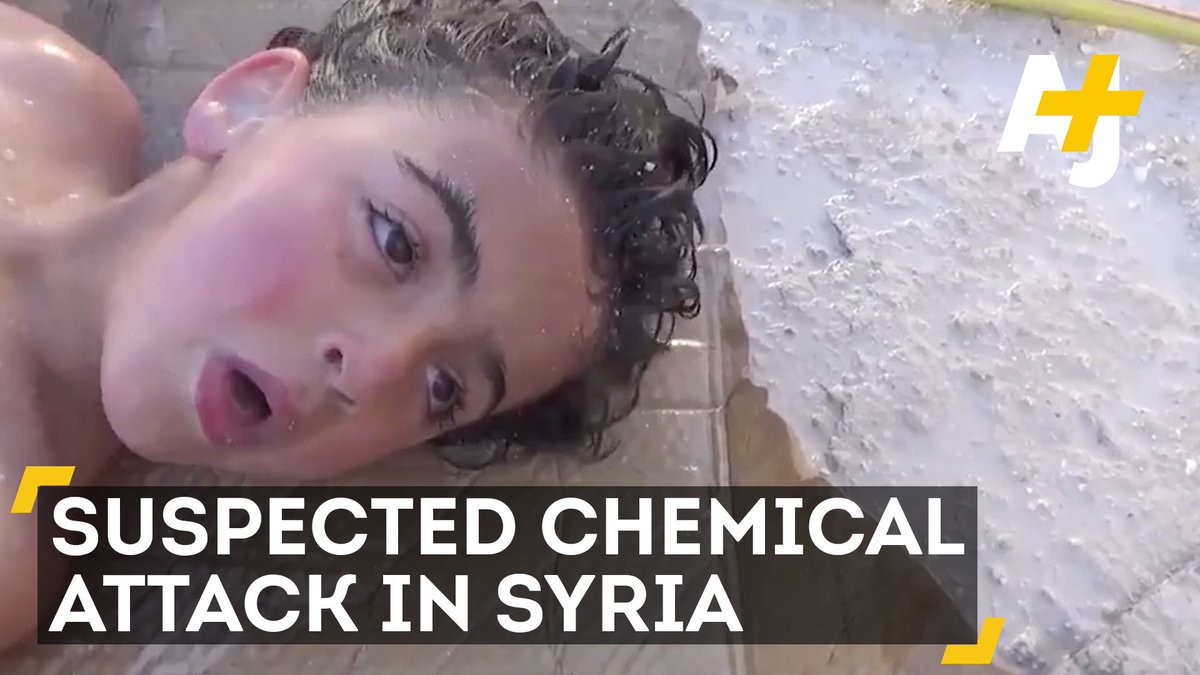 Charles Duelfer, a chemical weapons expert in Washington, DC, said it was “unlikely” that the attack was not the work of the Syrian regime.

“What changed is the nature of the agent,” he told Al Jazeera. “There were previous cases where the OPCW and the UN have identified that the regime used a chemical but it’s only been chlorine. This agent appears to be a military agent which is far more effective.”

Duelfer also said it was “puzzling” why government forces appeared to have resorted to using chemical weapons at a time when they are doing well militarily on the ground.

“They [chemical weapons] are not really serving a substantial military purpose. They can certainly spread terror, and they certainly seem to have a political effect although it’s hard for me to calculate how that would be a positive thing for Bashar al-Assad right now – unless he wants to demonstrate that he’s there, no matter what anyone else says or wants to do about it.”

Turkish Prime Minister Binali Yildirim said Turkey hopes the UN will punish the attack’s perpetrators in the name of humanity.

“The inhumane savagery in Idlib, Syria this morning, unfortunately, shocked all of us deeply,” he said.

Britain and France also called for renewed efforts at the Security Council for those behind the use of toxic gas in the war to be held accountable.

Such attempts have been repeatedly blocked by Russia, Syria’s main ally and a veto-wielding council member.

“I call on the Security Council members who have previously used their vetoes to defend the indefensible to change their course.”

The US said Assad must be held accountable for chemical weapons attacks and demanded that Russia and Iran bring their ally to heel.

“While we continue to monitor the terrible situation, it is clear that this is how Bashar al-Assad operates: with brutal, unabashed barbarism,” Secretary of State Rex Tillerson said.

White House spokesman Sean Spicer told reporters that President Donald Trump was “extremely alarmed” by reports of the attack, which he called “reprehensible”.

“Once again the Syrian regime will deny the evidence of its responsibility for this massacre,” he said in a statement.

In a statement, the UN Commission of Inquiry on Syria said the use of chemical weapons, as well as any deliberate targeting of medical facilities, “would amount to war crimes and serious violations of human rights law”.

“It is imperative for perpetrators of such attacks to be identified and held accountable,” said the independent panel led by Brazilian expert Paulo Pinheiro.