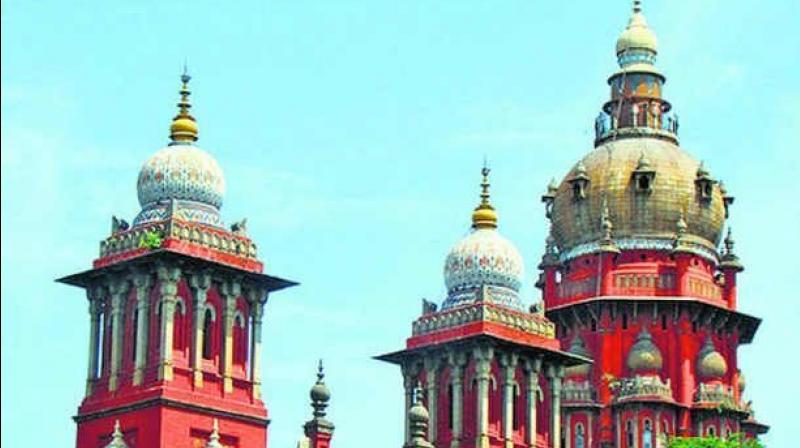 Justice N. Kirubakaran, before whom a petition filed by ARHT Global Hair Services, Sterling Road, Nungambakkam, came up for hearing, passed the interim order. The petitioner had sought direction to authorities to remove the lock and seal.

The judge said that even after enacting The Tamil Nadu Private Clinical Establishments (Regulation) Act, 1997, successive governments had not framed rules for the past 19 years and hence the Act has not come into force so far.

The matter pertains to Dr. P.Santhosh Kumar, MBBS, CRRI, Madras Medical College, who underwent a hair transplant procedure in the centre on May 15.

The hair transplant centre is said to be engaged in hair transplant, hair restoration and various other services in allied areas with over 300 centres throughout the country.

Following the procedure, Santosh Kumar developed complications and died at CMC, Vellore on May 17. The hospital concluded that he died of toxic shock syndrome / septic shock / anaphylactic syndrome.

Vijay Narayanan, senior counsel for the petitioner, submitted that other than registering under the Tamil Nadu Shops and Establishment Act and obtaining licence under Section 287 of the Chennai City Metropolitan Corporation Act, 1919, no other compliance was required under law.

Justice N. Kirubakaran said “when existing laws are not capable of regulating them, State legislatures and Parliament have to take into consideration of the present day scenario and pass appropriate new legislations to cope up with the developments”.

He said the old laws are incapable to meet the present day situation, like the problem which has been raised in the present case. The present case established the lack of follow up action by the State Legislature after enactment of The Tamil Nadu Private Clinical Establishments (Regulation) Act, 1997, by framing Rules to enforce. As a result, the Act has not come into force for the past 19 years.

Justice N. Kirubakaran posed 10 questions to secretaries, department of law and health and family welfare department to file their response before September 19.

Q When the Tamil Nadu Private Clinical Establishments (Regulation) Act 1997 passed by the Tamil Nadu Legislative Assembly on 14.02.1997, why the successive state governments have not framed the Rules, so that the Act could come into force?

Q In the absence of any state Act and when Parliament passed a comprehensive Legislation – The Clinical Establishments (Registration and Regulation) Act, 2010, why the successive state governments failed to adopt the Act?

Q When the present case itself made the Karnataka Government to enacted Karnakata Private Medical Establishment (KPME), why the state government had not enacted a similar Act?

Q When will the state Government come out with either a new comprehensive legislation or adopt the Central Act?

Q Whether the duty of Union Government ends with passing of “The Clinical Establishments (Registration and Regulation) Act, 2010” especially all the states except four states failed to adopt the Central Act ?

Q Is it not the duty of Central government to follow up the issue to see that state government adopt the Central Act, if not, to pass a new Act ?

Q Why not the Central Act develop a suitable mechanism/system in the public interest, to remind about the necessity to pass legislations by states regarding state subjects in case of necessity or if a new situation arises warranting new Act without infringing powers of the states ?

Q Why not Central and state governments form permanent high-level committees to take note of the happenings in the society regularly and suggest suitable enactment of new laws, if there are no laws to deal with new situations or to amend the existing laws to be more effective to deal with any lacunas in the act, without waiting for court directions was done in Vishakas’ case (Sexual harassments in work place)?

Q How many complaints have been received by the authorities alleging negligent act by clinics, beauty clinics and spas in the state?