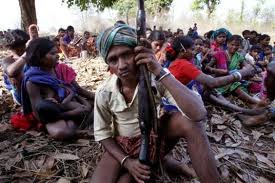 The report indicts the police suggesting clearly that the people killed in the gunfight were not Maoists.

The Chhattisgarh Police killed 17 persons in cold blood in a staged gunfight at Sarkeguda in Bijapur district on June 28, 2012 and passed it as elimination of Maoists, as per the report of Justice Vijay Kumar Agarwal judicial probe, submitted a month ago after seven years of hearing and investigation, and leaked on Sunday.

The report indicts the police suggesting clearly that the people killed in the gunfight were not Maoists.

The police claims of firing from the villagers’ side were wrong and the security forces could not provide any proof of the targeted group being Maoists or opening fire at the security forces, the report said. After questions were raised over the death of 17 people in Sarkeguda village, the then BJP government had constituted a one-member judicial inquiry commission which had submitted its reports a month ago.

Justice Aggarwal submitted the report to the government on October 17 before retirement and it was presented before the Chhattisgarh cabinet late on Saturday night and tabled in the Assembly on Monday. Political rhetoric is being dished out on selective interpretation of the report by rival parties.

The commission said the police investigation is flawed and was tampered with. The report rejects the police claims of confiscation of guns and pellets from the spot.

Advocate Isha Khandelwal, who appeared on behalf of the victims, says it was the villagers’ fight for justice. At long last, justice seems to be possible, she said, adding that she had seen the report on social media, but no official copy has been handed to her or the villagers.

Social activist and lawyer Bela Bhatia said the Congress, which had in 2012, called the Sarkeguda encounter fake, had withheld the report for over a month. The government should have presented it before the House much earlier if it was keen to get justice to the victims, she said.

Claims of the security forces on other gunfights are also under scanner in the Maoist affected Bastar of Chhattisgarh. The police-Maoist gunfight in Kutrem in Dantewada district on September 23 is now being called fake. Soni Sori and Bhatia went to meet the villagers at Gumiyapal where the Kutrem victims belonged, and Sori alleged that there has been no gun battle there.

She said that Podiya Uika, Lachhu Midami, Ajay and two other people were drinking liquor in Nandipara of Gumiyapal and Uika went to sleep in a nearby house. Shortly after this, the police arrived here and took him away. Laxman and Ajay were also caught by the police. All three were taken away from the village on Ajay’s bike and then shot.

Sori said police had arrested Uika earlier too but the court freed him. Since his release, Uika was working for the people of Laxman village and also contributing to the movement to save ‘Nandraj Pahad’. Sshe said that both of them were living in Gumiyapal for a long time, why did the police not arrest them earlier if they were Maoists?

On her return from Gumiyapal, Sori recalled the incident and said that the bodies of two have been handed to the family members, while that of Ajay is still missing. The other two who survived the clutches of the police are ready to testify. She said both eyewitnesses are under threat from the police and therefore their identities is not being revealed.

Thousands of villagers of Dantewada, Sukma, and Bijapur undertook a long walk to Palanar in Dantewada to start a rally to seek release of many innocent tribals arrested by the police. The rally had to be called off even before its start due to code of conduct in force, but the protests continued. Sori said that the government is retracting from its promise. The villagers would continue the agitation for three days.

The Congress government had promised during elections that the different cases under which the tribals were arrested, will be settled and they would be released. Hundreds of villagers gathered on Sunday to remind the government of its promise. The villagers congregation at Palanar demanded that either the detainees be freed or the others also be taken to jail.