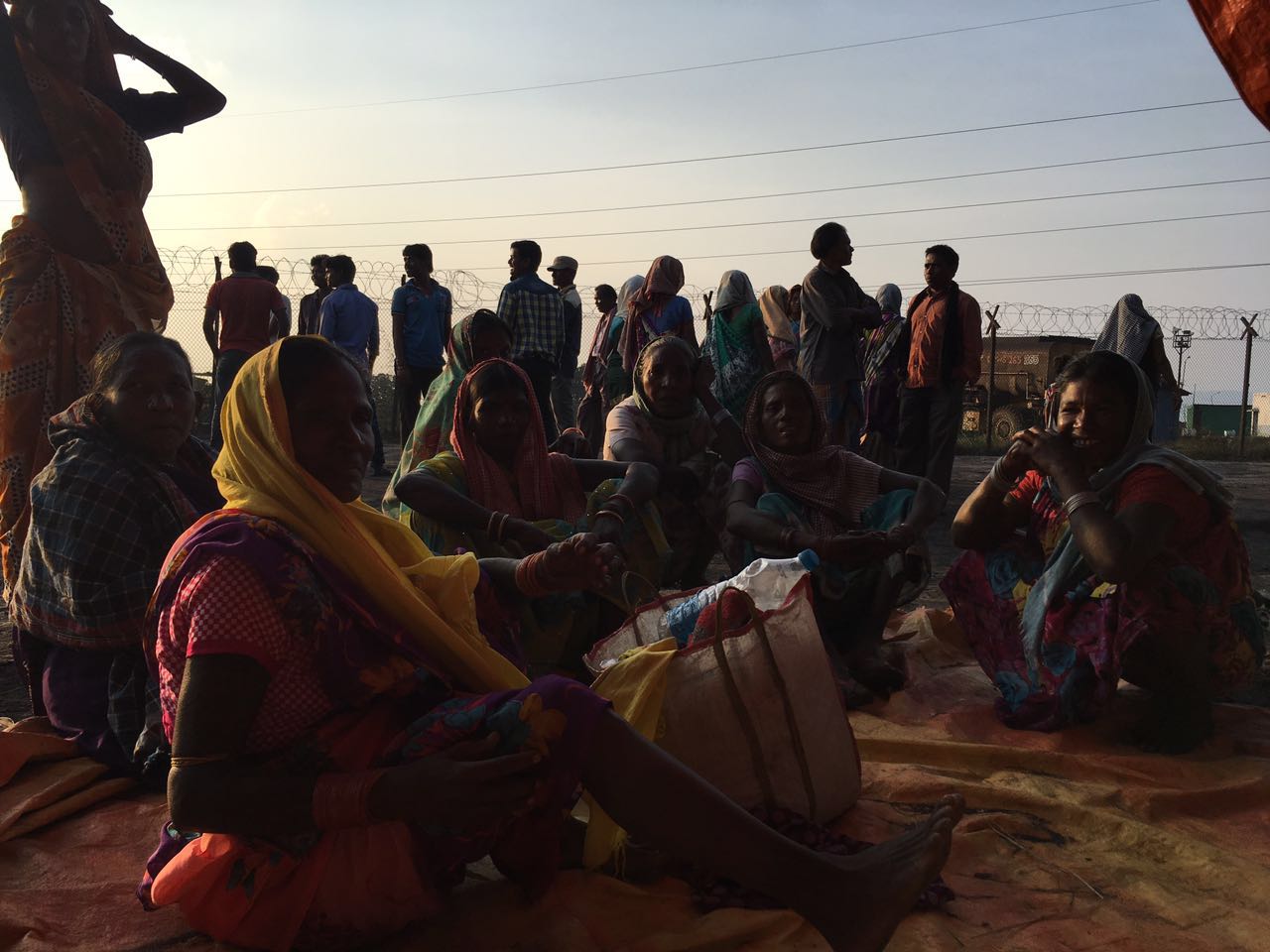 About 300 people from 5 villages i.e. Kosampalli, Sarasmal, Dongamauha, Pelma and Libra of Tamnar Block of Raigarh (North Chhattisgarh) started an economic blockade and have stopped all coal transport from the Gare Pelma 4/2 and 4/3 Mine since November 1st.

Three days into the chakka jam and dharna, ADM Pradeep Kori, SDM, came to enquire about the demands. officials of SECL (South Eastern Coalfields Limited)  were also present. SECL took over the mines after the Supreme Court had cancelled the allotments of coal blocks. Till then, Jindal was mining this as a captive coal mine, and today continues to buy off the entire coal from SECL.
The demands concern both Jindal and SECL since the false registries and 170B cases pertain to land acquisition by Jindal, which was carried out with a lot of illegalities. The environment issues including dust and water pollution, absence of green belt etc. involve both companies.
Not much has been done on the land issue as was promised by the authorities 3 months ago when people had done a similar protest, and the administration had initiated talks between the government, company and the people and had assured that they would move towards fulfilling the demands. the SDM today said that they would look into the land acquisition to which people questioned why was nothing done in the past three months.
Regarding the demand for permanent jobs for affected people, the SECL refutes this responsibility saying that they are custodians and that the previous land grab was done by Jindal.
It became apparent that none of the promises made previously had been adhered to or taken up seriously.
There is also information that FIR has been filed against the protesters – Kanhai Patel, Bhagwati Bhagwat, Shivpal Bhagat, Ajanlal Patel, Yashodra Sirdar and Rinchin and other villagers on the basis of a complaint filed by SECL Deputy Manager. They have been charged under Section 341 and 147.
As coal does not flow out from the mines with trucks movement stopped, the administration siding with the companies, is going to try all tactics to break this people’s protest. The economic blockade will continue into its fourth day tomorrow with more villagers joining in.