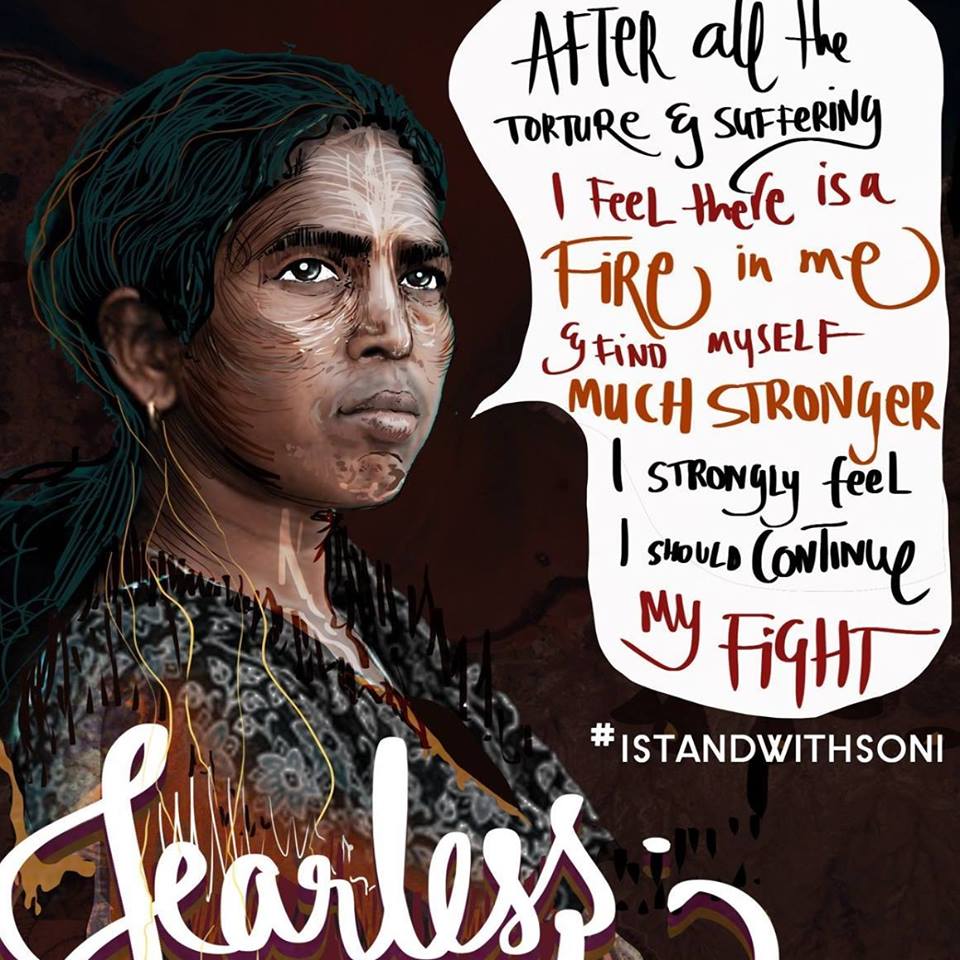 Soni Sori said she did not know the person from Sukma district who has file a complaint to the police against her in this matter.

Police complaint against Soni Sori was filed on August 24. (Representational)

RAIPUR: Aam Aadmi Party leader and tribal activist Soni Sori on Sunday accused the Chhattisgarh police of trying to implicate her in a “false” case in connection with an encounter on August 6 in which 15 Maoists were killed.

She said she did not know the person from Sukma district who has file a complaint to the police against her in this matter.

A senior Sukma police official told PTI that Sodi Hadma, a resident of Nulkatong village, close to the site of the August 6 encounter, has filed a complaint with Konta police station that Soni Sori and a few others had come there to provoke residents.

In his complaint made on August 24, Hadma alleged Sori and a few others had visited Nulkatong, as part of an AAP fact-finding team, and provoked villagers to give statements against the police.

The police official said no FIR was registered on Hadma’s complaint but Sori was called to Konta police station for questioning.

Speaking at a press conference in Raipur on Sunday, Soni Sori called it a conspiracy by the police.

“Sodi Hadma, who I have never met, has complained against me. It is a conspiracy of the police to implicate me in a false case. The truth will come out if he and I are brought face to face,” Ms Sori told reporters.

AAP state convener Sanket Thakur defended Sori and said the Chhattisgarh government was “scared” of the influence of his party and her in Bastar region, of which Sukma is a part.

“Sori has been fighting for the rights of tribals for several years. The state government is scared of the increasing impact of AAP and her growing popularity in Bastar region. Therefore, it is trying to implicate her in a false case,” Mr Thakur said.

He warned that the party will stage protests if any attempt was made to arrest Soni Sori.

On August 6, personnel from District Reserve Guard, Special Task Force, Central Reserve Police Force and its elite unit Commando Battalion for Resolute Action (CoBRA) encircled a maoist camp in Nulkatong, about 500 kilometres from the state capital, and gunned down 15 naxals in a 30-minute firefight.