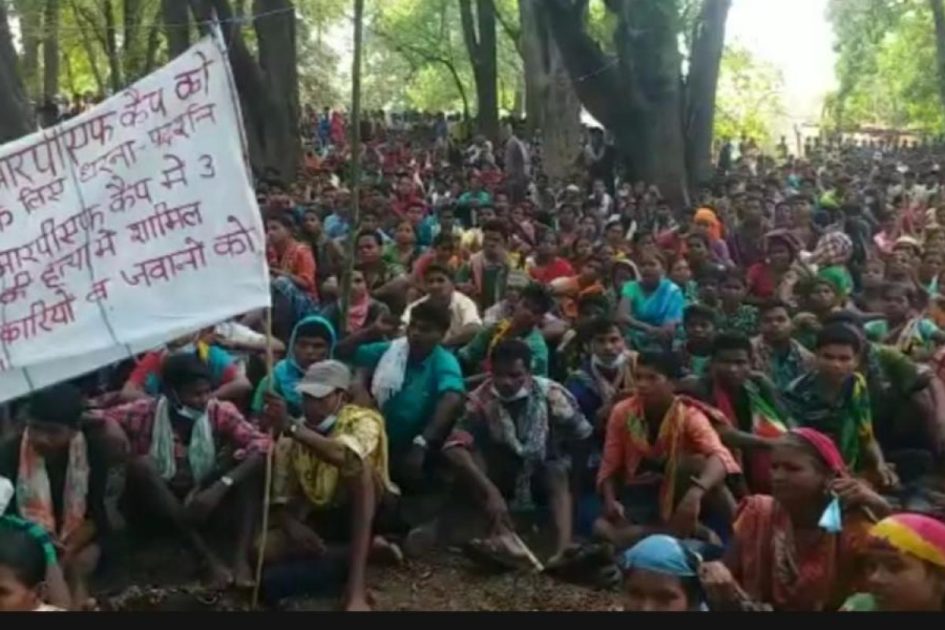 Jan Swasthya Abhiyan (JSA) and Right to Food Campaign (RTFC), Chhattisgarh are writing to the Chhattisgarh government to bring attention to the poor status of human rights and health rights of people living in the Bastar Region. For years the people of Bastar have been denied decent livelihoods, health, education and other public services, the implications of which are seen in the high levels of malnutrition, low health status and other poor indicators, particularly in hard-to-reach areas. This we believe is closely related to decades of conflict, land grabbing, political disempowerment of people and neglect of the region. The recent killings of four villagers as result of police firing on peacefully protesting Adivasis in Silger, Sukma in May 2021 and the ensuing state response of denials has once again brought attention to the precarious condition of living of the people of Bastar. JSA & RTFC have long emphasized that the health rights of the people are interrelated with other social and structural determinants of health; further compromised in conflict regions.

The WHO Commission on the Social Determinants of Health report prominently observes that structural drivers such as inequitable distribution of power, money and resources must be tackled to achieve better and equitable health outcomes. It states that the “Alma Ata declaration promoted Primary Health Care (PHC) as the central means towards good and fair global health – not simply health services at the primary care level (though that was important), but rather a health system model that acted also on the underlying social, economic, and political causes of poor health”.

Therefore the poor health and nutrition indicators seen in Bastar are closely and causally related to Bastar being a resource rich region, exploitation of mineral wealth by state and the private players, maoist conflict and the militarisation of the region by the state. Today, many Primary Health Centres, Sub Health Centres, Anganwadi centres and schools in the region remain closed or are non-existent. The adverse effects of this are felt most by women and the children of the area. Photos from the area show children afflicted with protein energy malnutrition.  Many of the journalistic reports on the Silger issue also point out the aspirations of the residents in terms of school, healthcare instead of another military camp or in terms of wide roads for increasing connectivity for the people, rather than to promote mining activity. Taking the current complex situation into consideration and in order to make suggestions to improve the health right and human rights in Bastar, JSA & RTFC make the following demands:

Government must ensure that primary healthcare services are available for people in the region. Sub-centers and PHC must remain functional and equipped with essential diagnostics, medicines and appropriately managed by health workers, staff nurses and doctors presence (who need to be recruited) especially in hard to reach terrain. There must be an emphasis on training and recruiting local health workers and incentivising those from elsewhere to come and work in the region. Over the years, there have been some attempts to improve tertiary and few secondary level hospitals which need to be institutionalised and expanded to all health facilities. There have also been campaigns against malaria in the region, but those efforts need to be expanded and sustained and higher health facilities equipped to deal with complicated cases.

Immunisation and ante-natal care and other reproductive health services must be made easily available to women and girls of the area. In the current situation, the government must improve Covid-19 and other testing capacity in Bastar region at district, block and village levels. PHCs and SHCs must be converted into Health and Wellness Centres (HWCs), to provide a wide range of diagnostics and OPD services, including testing for Covid-19. Equipping HWCs with oxygen would help cater to a large range of emergency conditions other than Covid-19, such as accidents, snake bites, deliveries etc. District headquarters must also be equipped with advanced COVID care. Government must expand government facilities for treatment and management of Covid-19, including establishment of Covid-19 care centers with oxygen beds at block and district levels. Free ambulance facilities must be expanded to provide the facility provided to all those who are referred to higher centers. Being a conflict zone, providing mental health interventions also become key for the well-being of people. Further, arrangements and trainings for effectively responding to victims and survivors of sexual violence must be undertaken. All this must be done through strengthening the public health system and not through privatisation of healthcare.

2) Urgently address the issue of malnutrition:

Malnutrition is an issue which is linked to Right to Land and Community Resources. “Encroachments” on traditional lands and resources by the state or private players or the collusion of both has systematically deprived Adivasis of Bastar of land, forest and other resources. Individual, Community and Habitat Rights under Forest Rights Act, 2006 conferred to the people including the right to ownership of minor forest produce with adequate support price, right to fish, use water bodies etc products is essential to address the issue of malnutrition. Additionally, the government must ensure availability and functioning of anganwadi centers and schools and availability of hot cooked nutritious meals and dry ration (rice, dal, egg, oil and spices) for children, pregnant and lactating women, the elderly and any destitute persons. Provisioning of dry ration for all adolescent girls must also be made, extra ration under Chhattisgarh Food Security Act especially to PVTG and nomadic/semi-nomadic tribes is important. Entitlement for availing work under MNREGA must be ensured for all those who want it.

Panchayat Extension to Scheduled Areas (PESA) Act must be abided by under which the Gram Sabha has the sole authority to make the decisions as to what activities can be undertaken in indigenous land. In addition to sustaining and conferring rights of indigenous people to their resources, implementation of PESA goes a long way into realising real aspirations of the people of Bastar. For example, whether the people want several feet wide roads that promote mining activity or narrower roads built for the benefit of people to improve connectivity. Similar protocols must be followed for proposals to build military camps. The State must realise that such activities when undertaken without gaining the trust of the people, would eventually be counter effective and may lead to higher levels of distrust.

Over the last decades, the increased military activity by the state has ended up sanctioning killings of Adivasi civilians including minors and pregnant women in the name of curbing Naxal movement in Bastar. Many cases of rape and sexual assault on Adivasi women by police and paramilitary personnel have come to light. There have also been numerous cases of convictions on false grounds, encounters and custodial deaths including those of minors. Human rights defenders have been incarcerated to quell even peaceful resistance to extractive activities of the state. For example, Hidme Markam along with others remain in police custody for her environmental justice work and for simply demanding that the voices of Adivasis be heard.

The government must immediately address the issues raised by locals in various agitations in Bastar and follow laws such as PESA that grant political and civil rights to Adivasi communities. The current government has taken a step to release Adivasi undertrials in Bastar region which must be worked upon and extended to other human rights defenders too.

Last but not the least, the state government must work to find a solution to the Bastar conflict through dialogue and negotiations and break the current pattern of violence and counter violence. The current strategy tramples any genuine dissent in order to secure revenues and mineral wealth for state and private players. In no scenario are the killings of its people by the state apparatus, as seen in the recent killings of protesting villagers in Silger, Sukma, acceptable.

Jan Swasthya Abhiyan (JSA) Chhattisgarh and Chhattisgarh Right to Food Campaign believe and have been reiterating that the Right to Health encompasses civil and political rights, right to food, nutrition and other basic services, rights over one’s land and resources and so on. We also believe that even in the presence of Naxal movement, it is the responsibility of the state government to ensure the safety, health and rights of its people. We condemn the police firing in Silger and stand in solidarity with the struggles of the people of Silger and various other lesser reported resistances and protests in Bastar region. Peace is not merely the absence of war but the presence of justice, and we hope that the state will make honest efforts to establish peace and justice in Bastar.