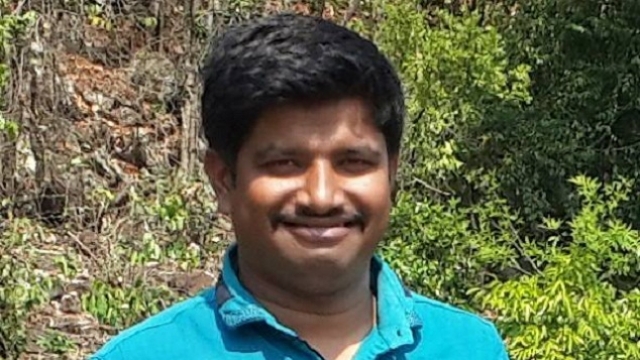 Despite the illegal arrest, without appropriate warrant on March 21, independent journalist Prabhat Singh was denied bail by the Chief Judicial Magistrate (CJM) in Jagdalpur, Chhattisgarh on March 26. After being denied release on bail, the human rights defender Mr Prabhat Singh was sent to  judicial custody in Jagdalpur Central Jail, pending investigation into his case. He has been held in detention since his arrest without warrant on 21 March 2016.

Frontline Defenders an international organisation that leads advocacy for human rights defenders has issued a string statement in this regard.
Text of the statement:

Prabhat Singh is a human rights defender and journalist, reporting for Patrika newspaper on the situation in the tribal region of Bastar. During the past three months, he has been reporting on allegedly false cases brought against tribal villagers in the areas of Chhattisgarh affected by an insurgency by Maoist groups. He has also reported on harassment of and attacks on human rights defenders and journalists in the region. He has been a strong critic of the Chhattisgarh police and has played a key role in highlighting several cases of police brutality and involvement in human rights violations in the Dantewada district of Chhattisgarh. Prabhat Singh has also played a vital role in organising peaceful protests and discussions devoted to the drafting and implementation of a law that would ensure the independence and security of journalists reporting from areas affected by the Maoist conflict in Bastar.

On March 26, 2016, Prabhat Singh’s request for bail was denied at a court hearing at the CJM in Jagdalpur. The Court also refused an application by the police for the extension of Prabhat Singh’s police custody and ordered the human rights defender to be sent to the Jagdalpur Central Jail, where he will remain in judicial custody at least until the next court session on April 13, 2016. The police will be required to report on the investigation’s progress at this session, and the Court will then decide on whether to release Prabhat Singh from judicial custody. A medical report was produced before the judge during the hearing, stating that no injuries had been discovered during a prior examination of the human rights defender. Prabhat Singh opposed the report, claiming that he had never been examined by a doctor and had been forced to sign the report. The judge, however, did not take his objections into account.

During the court hearing, which was conducted amidst a heavy police presence, the human rights defender denied all the accusations against him, claiming that the cases had been opened in reprisal for his critical reporting, including his revelation of large-scale fraud at the Aadhaar facilitation centre in Geedam and the mentioned school. After the court hearing took place, Prabhat Singh was returned into custody.

On  22,March 2016, Prabhat Singh was officially charged by the CJM in Jagdalpur under section 67 (publishing or transmitting obscene material in electronic form) and 67(A) of the Information Technology Act, as well as section 292 (publication of obscene or scurrilous matter) of the Indian Penal Code, for allegedly posting an “obscene message” about a senior police officer on the WhatsApp group “Bastar News”. On the same day, the human rights defender was also charged in three other cases from 2015. In two of these cases, Prabhat Singh was charged under sections 420, 120B and 35 of the Indian Penal Code for alleged fraud linked to his work at the Aadhaar Facilitation Centre in Dantewada. In the third case the human rights defender was accused of taking pictures of female students from Geedam Higher Secondary School without permission, and manhandling an examiner and demanding money from him. The charges were brought under sections 448, 385, 353, 186, 34 of the Indian Penal Code and section 6 of Chhattisgarh Examination Act.

During the court hearing, which was conducted amidst a heavy police presence, the human rights defender denied all the accusations against him, claiming that the cases had been opened in reprisal for his critical reporting, including his revelation of large-scale fraud at the Aadhaar facilitation centre in Geedam and the mentioned school. After the court hearing took place, Prabhat Singh was returned into custody.

On March 21,  2016, a white-coloured Bolero car stopped in front of the office of the Patrikanewspaper in Dantewada. Several policemen in plain clothes got out of it and without presenting an arrest warrant, picked Prabhat Singh up and put him in the car. The human rights defender was then taken to the Parpa Police station in Bastar, where he was detained over-night.

While in custody the human rights defender was beaten and sharp objects were used to cut his hands. Police officers also verbally abused and made death threats against him, forcing him to sign several blank pieces of paper, which allegedly were subsequently used to fabricate the medical report.