Chhattisgarh: Turned away by hospital, woman forced to deliver baby under tree 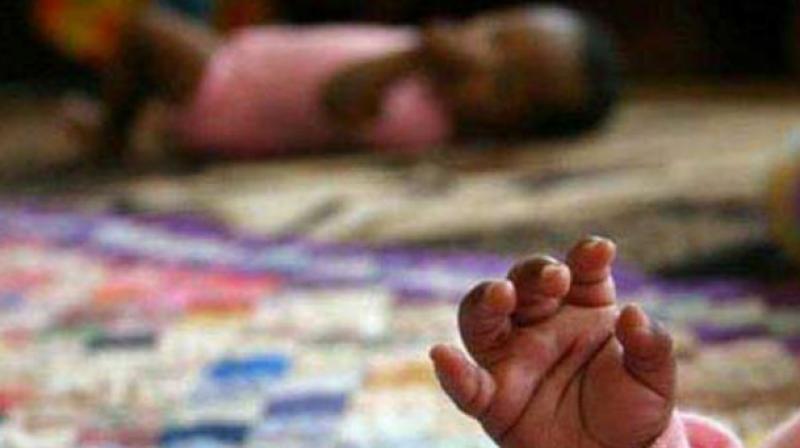 Bilaspur (Chhattisgarh): In a shocking incident, a pregnant woman was forced to deliver a baby under a tree in Bilaspur district of Chhattisgarh after she was allegedly turned away by the district hospital.

The incident, which occurred on Wednesday, caused an outrage and the district administration subsequently suspended a nurse, Seema Singh, and shunted out the head of the gynaecology department, Dr Rama Ghosh, of the Bilaspur district hospital.

Officials said the woman, Muskan Khan, a widow and a resident of Sirigitti in Bilaspur city, first went to a primary health centre, accompanied by her neighbours.

From the health centre, she was sent to the district hospital as she did not have a sonography report.

However, the hospital allegedly turned her away on the ground that there was no vacant bed.

While returning, she went into labour and delivered the baby under a tree, officials said.

The woman and the baby spent the entire night under the tree, they added.

Civil surgeon SS Vajpayee said the woman and the baby were brought to the district hospital in an ambulance the next day, adding that the condition of both was stable now.

Bilaspur Divisional Commissioner Niharika Barik took a serious view of the incident and formed a committee headed by the additional collector to probe the matter, they added.

Punjab Burns Copies Of Agriculture Laws On Lohri
Women ‘gang-raped’, man killed: highway robbery near UP’s Bulandshahr
Lockdown -Matrimonial disputes -Men wanting to reduce maintenance amounts
“If you don't clean our shit, then who will ?- A blot upon the nation