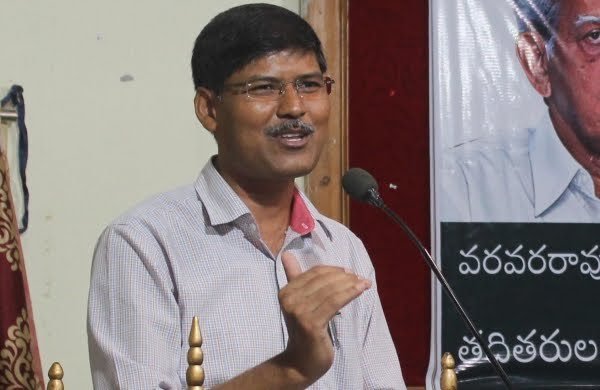 “A professor who is conducting classes for the last four years is now shown as absconding,” the CJ said. “This is unbelievable.

Telangana police on Saturday arrested an associate professor of Osmania University from his official residence on the campus in an early morning raid in connection with a four-year-old Unlawful Activities Prevention Act case for alleged links with Maoist groups.

The arrest of Ch Kaseem upset Telangana high court Chief Justice Raghavendra Singh Chauhan, who threatened to order a CBI inquiry against the state police for detaining people unlawfully in various cases. Justice Chauhan, after hearing an urgent plea at his home on Saturday afternoon along with Justice A Abhishek Reddy, ordered the police chiefs of Hyderabad and Siddipet to produce the professor at his residence by 10.30am on Sunday. He also asked whether police had informed the V-C before entering the university. While the petitioners claim no one was informed about the raid, police officers claimed they had informed the registrar.

The CJ also asked what was the urgency in raiding the academician’s house when the case was old. Telangana counsel Harender Pershad told him Kaseem had been on the run since the case was filed in 2016.

Telangana special counsel Harender Pershad told the chief justice that Kaseem would be produced before a magistrate in Gajwel. The state also claimed that investigating officers had found more evidence now. “Has the detenue failed to respond to your notices? Did you give him any notice in the first place?” Justice Chauhan asked.

“A professor who is conducting classes for the last four years is now shown as absconding,” the CJ said. “This is unbelievable. You are doing this in many cases. If you do not produce him before us by tomorrow morning, we may have to think in terms of entrusting the matter to the CBI. We did so in Rajasthan in the past.”

Since October 4 last year, Telangana police have arrested 17 people, including Kaseem, for alleged links with Maoists. Besides under UAPA, the professor has also been charged with sedition, attempt to wage war against the country and criminal conspiracy.

Kaseem, an associate professor in the Telugu department, is also general secretary of Viplava Rachayitala Sangham, or the Revolutionary Writers’ Association. The association was once led by well-known Telugu writer Varavara Rao, currently in jail for his alleged involvement in the Elgar Parishad case in Maharashtra.

At around 7am on Saturday, a police team from Siddipet led by Gajwel ACP Narayana reached the 43-yearold professor’s house