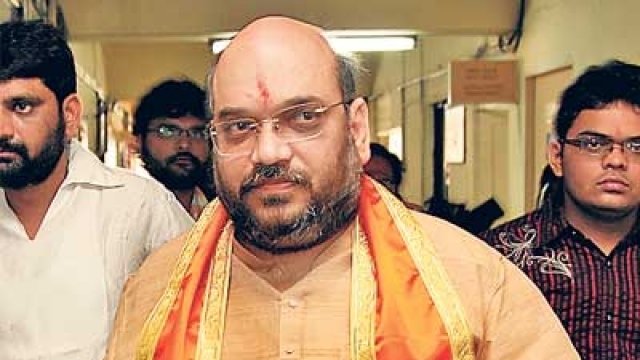 BJP President Amit Shah has been given a clean chit by the UP Police in a case of hate speech in Muzaffarnagar district in April 2014 during Lok Sabha elections.

The police had yesterday filed the final report in a local court, saying, “there is no evidence against him in the case,” according to the prosecution.

The final report would now be placed before the judicial magistrate who will take a final call.

According to the prosecution, then sub divisional magistrate of Minrapur/assistant returning officer Baburam had on the directives of EC filed a complaint against Shah under section 188 (disobedience to order duly promulgated by public servant) of IPC and 123(3)of Representation of People Act (relating to appeal by a candidate to vote on basis of religion, race, caste, community or language).

According to the FIR, Shah had allegedly said that the SP treats Muslims as vote bank and that others would not vote for it.http://www.dnaindia.com/india/report-clean-chit-to-bjp-president-amit-shah-in-2014-hate-speech-case-2168085