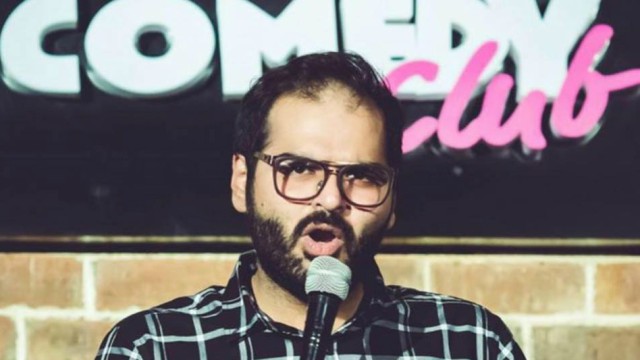 City-based comedian Kunal Kamra served IndiGo airlines with a legal notice on Saturday for banning him for allegedly heckling a TV news anchor on a Mumbai-Lucknow flight last month.

Kamra in his notice alleges that the private airline blatantly violated the civil aviation regulations of the Directorate General of Civil Aviation (DGCA), while imposing the ban on him. The notice has asked the private airline to tender an unconditional apology and revoke the suspension with immediate effect.

Kamra has also asked the airline to pay him Rs 25 lakh as compensation towards mental pain and agony and losses due to cancellation of his scheduled shows, and an additional Rs 1 lakh towards legal costs. In addition, he has sought action against the officials who imposed the “instant ban” in violation of the DGCA rules.

The comedian had allegedly confronted television anchor Arnab Goswami on a flight on January 28, and accused him of being a ‘coward’, daring him to respond. Goswami had remained silent throughout the incident, while the comedian posted a video of the incident on Twitter.

IndiGo had announced a sixmonth ban on the comedian after the video of the incident went viral. Three other private airlines – governmentowned Air India, GoAir and SpiceJet – followed suit, even though Kamra had not violated any rules aboard their flights.

In the legal notice, Kamra claimed that he had exercised his fundamental right to freedom of speech and expression and ‘sought to indulge in a conversation with a fellow passenger, Mr Arnab Goswami’ and ‘critique his style of journalism’, adding that it was met with no response.

On Friday, the pilot-in-command of the flight conveyed to the management that he was “disheartened” with the airline for taking action against Kamra before consulting him – according to protocol.

According to DGCA rules, upon receiving a complaint, the airline’s internal committee has a month to prepare a report on the incident, before taking any action.

The comedian did not respond to Mirror’s request for comment.

“The company will duly respond to any legal notice that it receives in relation to this matter,” said an IndiGo spokesperson when contacted. MMB

Why Greenpeace is first on the chopping block ?
How a mob attacked three Caravan journalists in Northeast Delhi
Minor pregnant after getting raped by father, whipped on Panchayat orders #WTFnews
Press Release - NAPM Deposes before joint Committee on Land Bill