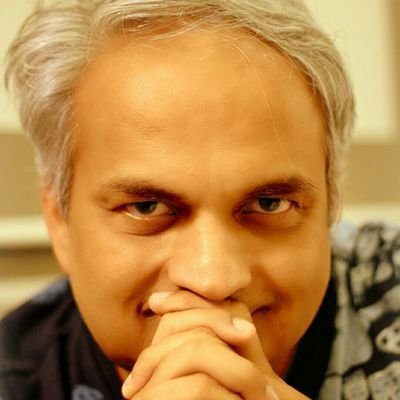 A year after the first allegations of sexual misconduct came up against venture capital investor Mahesh Murthy, at least half a dozen women have filed written complaints before the National Commission for Women (NCW) – at least one of them alleging rape.

“In the very first meeting, he started misbehaving with all of them, as per complaints,” according to Rekha Sharma, member NCW. “ the complaints I have received… he caught hold of them and put his hands all over and tried to rape them.” She did not specify if this was the charge in more than one complaint.

“I have seen that he’s targeted the girls when they were very young, novice and they didn’t know about anything except that he’s a speaker and a good guide for them. That’s why they came forward and met him thinking he will be guiding them in future,” she says.

She declined more detail on the complaints. The NCW had earlier said that the four complainants included a journalist and a government official and that they are from Mumbai, Bengaluru, Bhubaneshwar, and Australia.

NCW has forwarded the new complaints on Murthy to Mumbai Police which is investigating the matter. Subsequent to NCW’s first complaint on November 17 last year, the Mumbai Police said January 3 it had started an investigation in the case. Murthy was arrested by the Mumbai Police on February 9 and was released since he had an anticipatory bail. At the time, the police had said it wanted more women to come forwardwith complaints to strengthen the case.

“Ultimately this will go to the court and the court has to decide,” says Sharma, referring to the normal course for such cases.

Questions sent to Murthy, a managing partner at early stage venture fund Seedfund, for comment remained unanswered at the time of publishing this story. If and when we receive a response from him, we will update this story.

FactorDaily had last year written a series of stories about sexual misconduct allegations against Murthy. He had made us a party to an existing case filed in the Delhi High Court against those who had first written about their experiences with him in February. We are fighting the case.

Since last year, FactorDaily has interviewed over two dozen women who shared their experiences dating back 13-14 years. The latest that came before us was last month – a woman now 33 years old and based in Australia, who narrated to us her story of alleged sexual misconduct by Murthy in 2004. The woman, who was doing her B.A. in economics at Mumbai’s Sophia College when the incident happened, requested anonymity.

She was 19 years old when she first met Murthy in 2003 at Oxford Bookstore near Sterling Cinema in south Mumbai.

“I can’t recall the month but I remember I was a part of a dance play by for which I was learning the flamenco and was, therefore, reading a book about Spain. And he came up to me saying, ‘You’re off to Spain?’,” she tells FactorDaily on a text message. FactorDaily interviewed her on a phone call and on text conversations.

Murthy gave then college-goer his business card and offered to help and guide her. A year later, when she was preparing for a project about bank mergers, her classmates suggested she meet Murthy because he was knowledgeable.

When she contacted Murthy, he was ready to meet and even offered to pick her up from Bandra suburban railway station and take her to a coffee shop in Bandstand. She said she’d meet him directly there.

Very soon into the meeting, Murthy’s intentions became clear to the woman. “He seemed more interested in my personal life and soon started touching and feeling my thighs and my back and waist. I realised he’s not going to help me with my assignment. I just got up and started walking towards the street where I could catch an auto rickshaw,” she recalls.

Murthy offered to drop her at the station. “He kept waiting with me and kept insisting that he wanted me to stay for some more time and that he would share information for my assignment. I finally got into an auto,” she says.

But, that’s when things took a bizarre turn. Murthy, says the woman, leapt into the auto. The auto was now in motion. I told him sternly ‘I’ll manage; you don’t have to drop me to the station.’ He pounced on me grabbed me all over and started kissing and biting my neck and face and lips. He was strong and forceful,” she says.

“I was so shocked as this was something beyond my imagination. My brain froze in fear and trauma and I felt no strength to fight. I couldn’t scream as I felt choked. He had grabbed my face fiercely. The auto stopped at Bandra station and this man stopped chewing on me,” she remembers and that she could take a train back to her hostel.

Her trauma didn’t end there, she says.

A college mate she confided in started spreading rumours that the woman was not making a complaint out of it because she enjoyed the experience with Murthy. “I understood that I won’t get any support from men or women in my country because the victim is and will be blamed every time she wants to speak up. Plus, I didn’t have any proof. It was a time when phone cameras or screenshots were not a common use and nothing happened over text or I couldn’t have been recording while he was assaulting me brutally.”

It is important to reiterate here that FactorDaily doesn’t yet have Murthy’s response to this allegation.

Yet, there is a pattern of sexual predatory behaviour in business and professional situations emerging. In the some two dozen women FactorDaily had spoken and taken details of situations that range from verbal flirtations to outright physical assault, Murthy is brazen in how he hits upon women.

When Asha Satapathy, a former Sun Microsystems engineer-turned entrepreneur was looking to connect with VCs for funding options, she asked around and came across Murthy’s LinkedIn profile. She and her husband Ahimanikya Satapathy still remember that it was August 2012.

“The only reason we go to him is because he’s projecting himself as an investor, a serial entrepreneur,” says Asha.

Later they also connected on Facebook and started conversations.

When Ahi, as Asha’s husband and co-founder of their startup DocEngage is known in Bengaluru circles, tried connecting with Murthy on Facebook, his request was pending.

But, Murthy had readily connected with Asha. “Suspicious bugger can steam,” Murthy said on a Facebook messenger chat with Asha. “Wondering who his gorgeous wife is chatting with.” See screenshots of the conversation below with some details redacted for privacy.

“Of course, we all look good,” Asha remembers replying back, trying to overlook the flirtatious tone.

“Now it was clear this guy wasn’t just another potential investor but a person looking for other things,” she says. “He mentioned he’s divorced but women keep calling, he added over seven women contacted him just that week.”

Then, during later in 2012, Murthy reached out to Asha asking to catch up on a text message.

“He said, ‘Hey babe, I am in Bangalore, do you want to come down and let us have some fun and make sure you are not bringing that bugger.’ Then, I actually realised his intentions,” says Asha.

She says she stopped talking to people in the startup community after the episode. “It did something to my brain, I am now doubting the VCs. I will never go alone to meet a VC or a serial entrepreneur.”

In the extracts below from Asha’s audio interviews, what comes through strongly is the shock of a confident businesswoman and her worries for younger women professionals faced with people like Murthy.

Will the new maternity-benefits Bill help close the gender diversity gap at the workplace?
#SundayReading - ‘Life can be a fairy tale... or a mess’, if you are a writer and surgeon
Hudhud: five tribals buried alive in landslide in Andhra Pradesh’s Araku
Muzaffarnagar relief camps: 30 children dead, UP government in denial