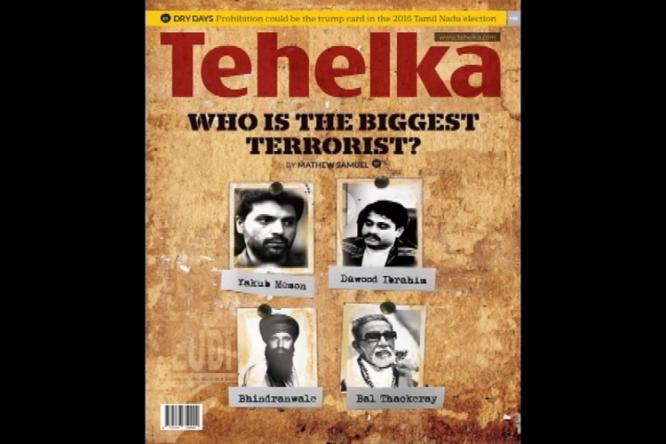 Mumbai: A complaint has been filed against Tehelka magazine in Mumbai
after a recent cover story referred featured former Shiv Sena supremo Bal
Thackeray as terrorist.

Lawyer Rajendra Shirodkar said, “The police should file a case against
Tehelka- the editor should be arrested under non-bailable offences.”