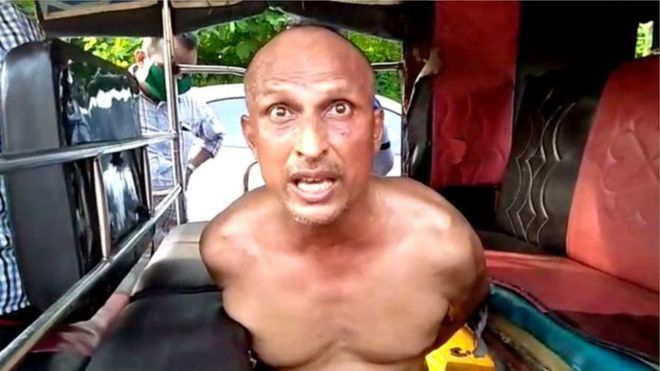 We, the members of Jan Swasthya Abhiyan and Medico Friend Circle, strongly condemn the harassment and police brutality meted out to Sudhakar Rao of Visakhapatnam. On 16 May 2020, Rao, a government doctor and anaesthetist at the Area Hospital, Narsipatnam, Visakhapatnam district of Andhra Pradesh was manhandled by the police. He was beaten, his hands tied, and was paraded half-naked on the streets of the Visakhapatnam city before being taken to the King George Hospital. The shocking videos of this event in the news and social media are evidence enough that such a treatment has indeed occurred. The alleged offence was that he was inebriated, not of sound mind and was using foul language. The ill-treatment is at odds with the nature of the offence and raises the question as to why this has occurred. Digging into the background of this Dalit doctor shows that he has been suspended since 8 April 2020 for criticising the Government of Andhra Pradesh for its callousness with respect to the provision of personal protective equipment (PPE), specifically N95 masks, for doctors treating COVID-19 patients in intensive care units and operation theatres at great risk of infection. In this time of the pandemic, any complaint by a health worker with respect to their own protection must be taken with utmost seriousness and respect.

It also needs to be noted that there is a severe shortage of anaesthetists, and their work needs them to come in close contact with patients who may either be explicit or latent carriers of the virus. The event faded from memory till 16 May when the public humiliation was carried out. Rao has averred in personal communication to the media that the police planted liquor bottles in his car and that he and his family were constantly threatened and abused on the phone for his public criticism. Rao’s family has pleaded that he is in a bad mental state because of the harassment meted out to him. Though the police assert that there was no connection between his public criticism of the government and the humiliation meted out to him, there has been police excess. However, it is puzzling as to why this excess occurred unless one looks at Rao’s recent criticism of the Government of Andra Pradesh and his subsequent suspension. The use of a stereotype of alcoholism, drug addiction and mental unsoundness to stigmatise the doctor is not only to justify police actions but also to discredit his criticism of the government’s callousness on the issue of the provision of PPE. Such treatment of a doctor will demoralise the health personnel struggling to provide medical care in government hospitals with inadequate protection. Moreover, a person who is indeed of unsound mind or otherwise anxious, depressed or even inebriated needs a humane and caring response, not violence and brutality. In this specific case, it must be pointed out that parading a half-dressed person in public would never have occurred if the doctor had belonged to one of the upper castes with a strong political connection. It has been reported that the police constable who has ill-treated the doctor has been suspended.

The Jan Swasthya Abhiyan and Medico Friend Circle condemn this atrocity and call upon the Government of Andhra Pradesh to punish the police functionaries concerned for the said act of brutality towards a doctor and a human being who was unable to protect himself. We demand that the Government of Andhra Pradesh issue a public apology to Rao and provide protection to him from all sorts of harassment and abuse. We demand that the enquiry regarding the charge against Rao be completed as soon as possible, and he be reinstated to work at the earliest, ending the mental torture he and his family are facing. We demand that informal gag orders on doctors criticising the functioning of the system be lifted forthwith. We further demand that adequate PPE be provided to doctors who work selflessly and are at increased risk in the pandemic.