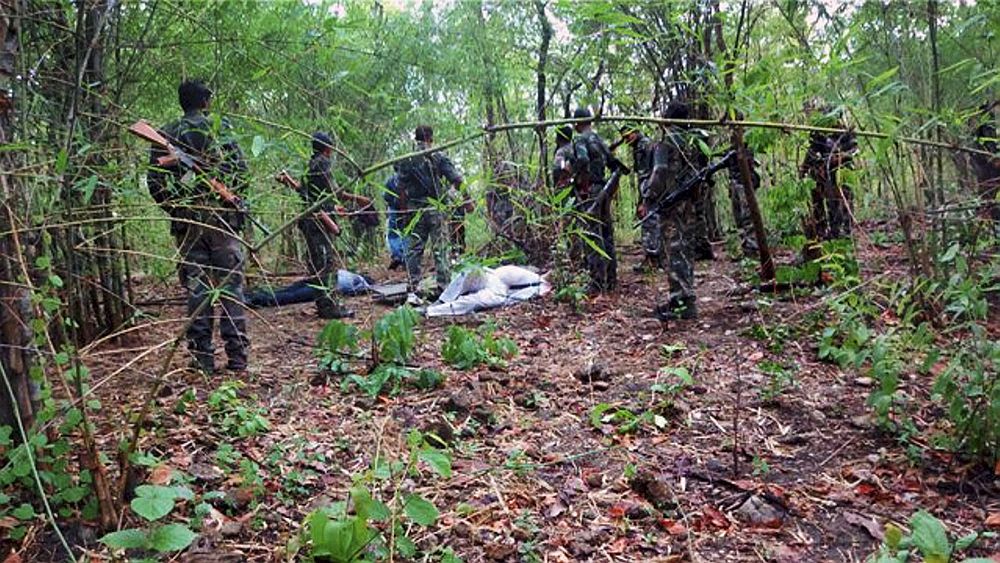 People’s Union for Democratic Rights condemns series of incidents triggered by members of CPI(Maoist) in Bastar Sambhag (region) of Chhattisgarh in just over a fortnight.

·         November 8: Four civilians and one CISF Head constable were killed when an IED (improvised explosive device) exploded in a bus hired by CISF for their use during the election, near Bacheli in Dantewada. Two other CISF personnel were grievously injured.

·         November 7: A former Sarpanch and a local member of CPI Dhurva Kalmu, out on election campaign, was killed in Bodko village under PS Phoolanbagdi, Dantewada.

·         November 6: A bus carrying passengers on its way between Jagdalpur and Usoor was intercepted. The 35 passengers were asked to get off and the bus was set on fire.

Although the Maoists have apologized for the killing of Doordarshan cameraman, they have defended the ambush, the IED explosion as well as the killings of Aaytu Hemla and Dhruva Kalmu. While it is not possible to ascertain the degree of association of these events with the upcoming Assembly elections and the Maoist opposition to the same, these events have occurred in the immediate run up to these elections.

PUDR finds the Maoist defense specious and unacceptable. PUDR holds that contesting, campaigning, voting and boycotting are perfectly legitimate political activities and the use of force and violence in any of these is condemnable. For the Maoists who insist that they are waging a People’s War, these violent acts water down their claim.

For long years the Adivasis of Bastar have been fighting the state over issues of forest land acquisition for mining, systematic dilution of constitutional and legal protection provided to Adivasis, filing of false cases and their prolonged incarceration in jails. The democratic space to raise these issues has already been heavily criminalized by the state. In this context, the wanton acts of the CPI (Maoist) give impetus to the state to further inflict harm through criminal and military means.

The war being waged in Bastar by the Central and state governments against the CPI Maoist is now in its 14th year. According to a recent news report, “the CRPF has deployed close to a lakh armed personnel and a heavy assortment of weapons and gadgets” in a bid to end Maoism in the country.” (PTI, September 2, 2018).This scale of militarisation is not conducive for the maintenance of people’s constitutional rights, including the right to free and fair elections.

PUDR hopes that saner counsel will prevail, and that at the very minimum both sides will abide by norms of International Humanitarian Law extended via common article 3 of the Geneva Convention read with Protocol II to ensure that civilians/noncombatants are not put to harm by any of their activities.