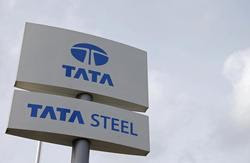 BHUBANESWAR (Thomson Reuters Foundation) – Stagnant water pools and unsanitary conditions in a plant being constructed by Tata Steel Ltd in Odisha led to a dengue fever outbreak which infected more than 280 workers, killing one of them, a government official said on Friday.

Tata Steel, a unit of India’s Tata conglomerate, is building a six-million-tonne-capacity plant in Jajpur district that is due to be completed by 2015.

Jajpur district’s chief health official said the environment within the 1,700-acre building site was unclean, creating a breeding ground for mosquitoes which spread the virus.

“One death and 284 cases are linked to the Tata plant,” Debendra Kumar Jena told the Thomson Reuters Foundation, adding that the outbreak began in July.

Dengue is common in India and cases generally peak in October, a peak time for mosquitoes to breed after the end of the monsoon rains.

The virus, which occurs mainly in the tropics, causes symptoms such as fever, severe headache, joint and muscular pains, vomiting and rashes.

Tata Steel said in a statement it had dispatched 19 teams to clean up the site and raise awareness among employees about how to protect themselves from dengue, malaria and other mosquito-borne diseases.

“Dengue is a problem at this time of the year. There are 40,000 people working on the Kalinga Nagar site. I am sorry to hear some people have contracted dengue. We are doing all that required from our side,” T.V. Narendran, managing director of Tata Steel India, told local television.