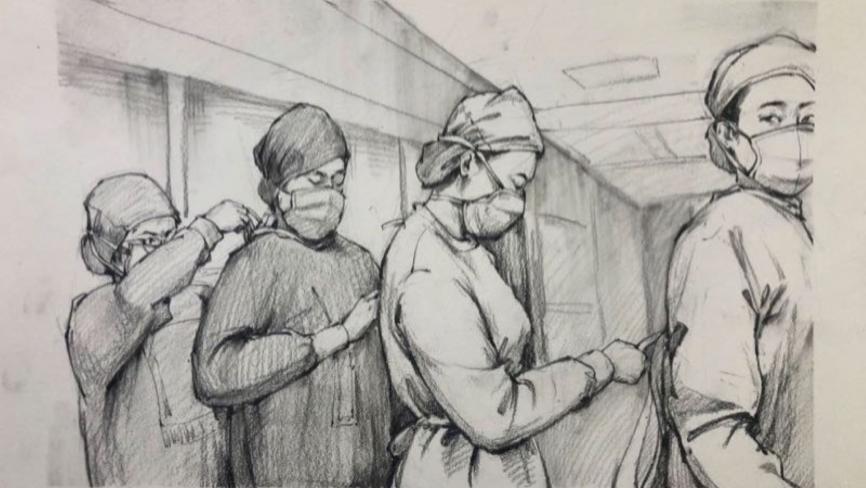 The petition said the pandemic is a ‘persisting and ever escalating spread’ and the nurses are ill-equipped to protect themselves from the infection.

The United Nurses Association in Kerala on Monday moved the Supreme Court seeking directions to the Centre to formulate a National Management Protocol for the safety of health professionals who face extreme risks while treating Covid-19 patients, The Hindu reported. Advocates Subhash Chandran and Biju P Raman, appearing for the association of over 3.8 lakh nurses, said the pandemic is a “persisting and ever escalating spread” and the nurses are ill-equipped to protect themselves from the infection.

In the petition, the association urged the court to direct the government to expand the scope of personal accident cover provided under the Pradhan Mantri Garib Kalyan Package for Health Workers Fighting Covid-19 to include all healthcare workers across sectors, including those recruited on ad hoc basis.A

“Health care workers are at the front line of the Covid-19 outbreak response and as such are exposed to hazards that put them at risk of infection,” the petition said. “Hazards include pathogen exposure, long working hours, psychological distress, fatigue, occupational burnout, stigma, and physical and psychological violence, [among others].”

The petition highlighted that there is a serious dearth of good quality personal protective equipment for healthcare workers in several hospitals. There is a non-availability of sufficient number of testing kits for the Covid-19 infections, while isolation wards for patients lack basic facilities, it added.

The nurses’ association also sought the top court’s intervention in redressing the mental harassment faced by them in the form of forced overtime hours at hospital with no transport facilities, and deduction of salaries on account of leaves. It emphasised that pregnant health workers, or those who are lactating, are forced to work even though they fall in the high-risk group.

The petition came at a time when the Wockhardt Hospital in Mumbai Central was declared a containment zone on Monday after as many as 26 nurses and three doctors tested positive for the novel coronavirus. Hospital staff alleged that the infection spread because the hospital did not quarantine the two nurses who had initially tested positive.

Wockhardt staff have alleged that the infection spread because the hospital did not quarantine the two nurses who had initially tested positive. The United Nurses’ Association said they were not tested or removed from shifts till symptoms emerged. It said personal protection equipment was not provided. However, the hospital administration has denied the charges.