Covid-19: Disabled scholar activist still in jail, while thousands others released on bail 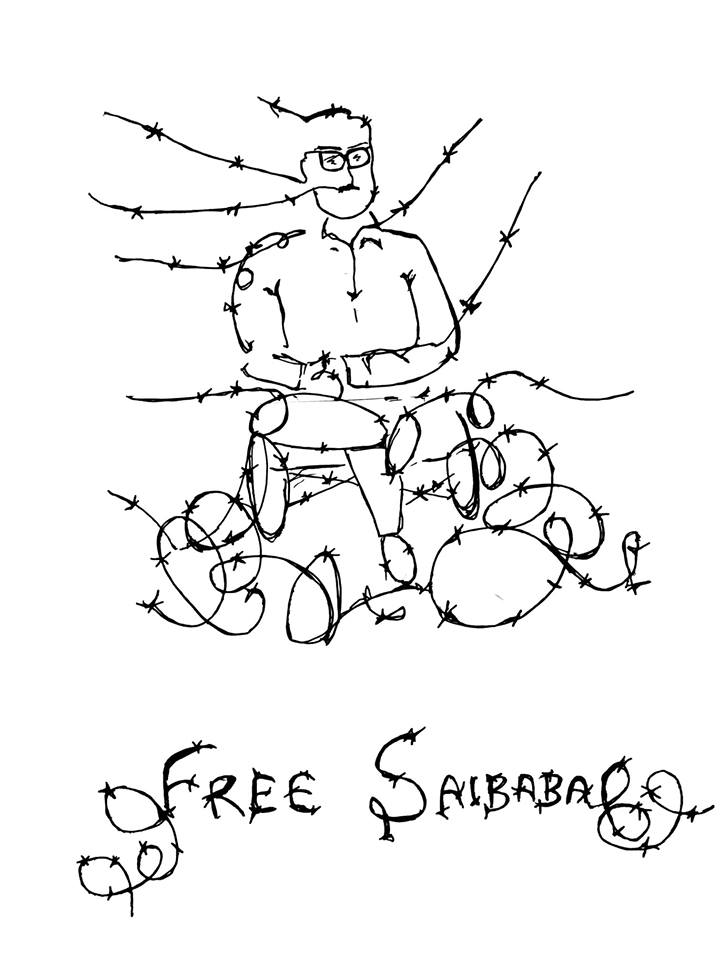 India’s Prime Minister who is known for his oratory skills recently urged the people of his country to fight Corona with Karuna (Compassion). In a highly emotional speech, he asked the citizens to provide poor and stray animals with meals under these difficult times.

The crisis of COVID 19 has created lot of uncertainty for the most vulnerable because of lockdown imposed by Modi to maintain physical distancing and prevent the spread of disease which has claimed thousands of human lives across the world. However, the Indian government has refused to release political prisoners, including physically challenged Delhi University Professor G.N. Saibaba, who is still incarcerated despite serious health concerns.

Wheelchair-bound Saibaba is fighting with numerous ailments and his situation continues to deteriorate. So much so, his wife is unable to visit him in jail because of lockdown. As If this was not enough, the jail authorities also denied her an opportunity to speak with him over the phone.

Saibaba was convicted in 2017 and given life sentence after being branded as a supporter of Maoist insurgents. He was charged on motivated charges for merely speaking out against repression of Adivasis (Indigenous Peoples) in the tribal areas of India. These communities are being evicted from their traditional lands in the name of development by the mining companies with the backing of the Indian state. Since most of these forested areas are rich with mineral resources, the government has allegedly wanted to clear them off tribal population. As Maoists have been active in those places, people who question the establishment over mistreatment of tribal communities are frequently labelled as Maoist sympathizers. Often the barbarity of the state compels indigenous people to join the Maoist insurgents in their class war.

In spite of calls for the immediate release of Saibaba by international bodies, like United Nations, the Modi government has not relented.

It is pertinent to mention that Indian jails are over-crowed which is a cause of worry for not only the family of Saibaba, but many other political prisoners because of threat posed by COVID 19. This has forced a social justice activist Tushar Sarathy to launch a petition which has been signed among others by renowned author Arundhati Roy.

Quoting the India Justice Report 2019, the petition notes that the national average of occupancy in Indian prisons is 114 percent of its capacity. It goes on to add that over 67 percent of prisoners in the country belong to the category of under-trial prisoners, who aren’t convicted yet and continue to face investigation or trial.

The petition has also given the list of some prominent political prisoners, including Saibaba.

If Modi really means what he says, then now is the time to release these political prisoners. After all, the Indian courts had recently released several well-known right wing political prisoners owing allegiance to Modi’s ruling Hindutva nationalist Bhartiya Janata Party. A case in point is Sadhvi Pragya Singh Thakur – who was released on medical grounds last year to fight parliamentary election on BJP’s ticket. Now sitting as an MP in the Indian parliament, she was charged for her involvement in a bombing incident that left 10 people dead and many injured in 2008. The incident was aimed to terrorise Muslim community and yet she was given bail to run for the office. Modi himself supported her candidacy. By remaining indifferent to the worrisome condition of prisoners such as Saibaba and advocating for the freedom of an alleged religious extremist, Modi has already shown his true colours.