COVID-19 In Nizamuddin: Who’s to Blame – Govt or Tablighi Jamaat? 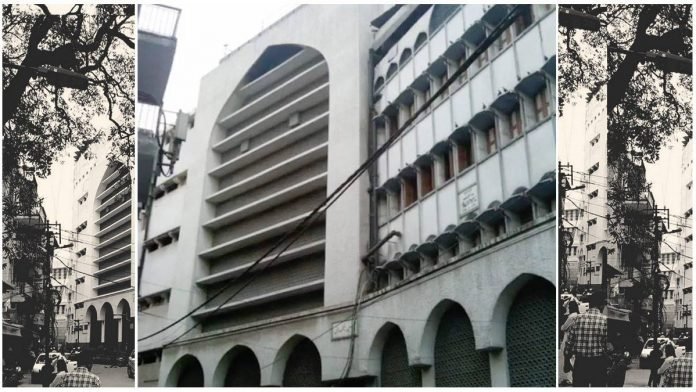 People wearing masks leave for hospital in a bus from Nizamuddin area, after several people showed symptoms of coronavirus following taking part in a religious gathering a few days ago, during the nationwide lockdown, in New Delhi, Monday, 30 March.(Photo: PTI)

Islamic organisation Tablighi Jamaat has come under focus after several of its preachers tested positive for COVID-19 in at least three different locations across India.

It began on 16 March, when 10 Indonesians in Telangana were admitted to hospital after one of them showed symptoms of Coronavirus. By 18 March, eight of them were said to be infected by COVID-19.

Finally on 26 March, a resident of Kashmir died due to COVID-19, the first fatality for the virus in the state.

What is common between all these people is that they were all reportedly associated with the Tablighi Jamaat and had attended a meet at the Tablighi Jamaat Markaz (Headquarters) – the Banglewali Masjid in Delhi’s Nizamuddin area – between 8-10 March. In the case of a few of the Telangana patients, it was 13-15 March. After their stay in Delhi, they travelled towards South India, where they showed symptoms of COVID-19.

Now, the Delhi government has ordered that an FIR be registered against a Tablighi Jamaat Maulana for leading a congregation in Nizamuddin West allegedly in violation of the Delhi government’s orders prohibiting religious gatherings due to the Coronavirus threat.

On media and social media, there are now attempts use the examples of Tablighi preachers to insinuate that the spread of Corona was an Islamist conspiracy. Pro-Hindutva channel Sudarshan TV went to the extent of calling it “Corona Jihad” which also became a twitter trend.

Tablighi Jamaat maintains that it committed no illegality and that no religious events were held on or after 22 March, the day of the Janata Curfew announced by Prime Minister Narendra Modi.

“When Hon’ble Prime Minister announced the “Janta Curfew”, for 22nd March 2020, the ongoing program in Markaz Nizamuddin was discontinued immediately,” the Tablighi Jamaat Markaz or its headquarters in Delhi said in a press statement.

This is correct. There were indeed no programmes on or after 22 March, which also coincides with the nationwide lockdown across India.

However, when it comes to Delhi government guidelines, the matter becomes a little more complex. The Delhi government’s demand to register an FIR against a Tablighi Jamaat Maulana is based on two sets of notices – one on 13 and 16 March and the other on 12 March.

First, the Delhi government has accused the Tablighi Jamaat Markaz of violating its 13 March forbidding the gathering of more than 200 people.

However the problem is that the notice talks about “all sports gatherings, seminars and conferences” and it is not clear if this extends to religions gatherings.

It is only on 16 March that the Delhi government specifically banned religious gatherings, in addition to discotheques and theaters.

So this indicates that these were not covered under the 13 March guidelines.

If the reports of the Tablighi Jamaat event being from 13-15 of March are true, then these don’t violate the 16 March government notice.

The second notice that is being cited by the Delhi government to justify the FIR against the Tablighi Jamaat representative is from 12 March, specifically clauses 8 and 9.

Clause 8 says that any person with a travel history from a COVID-19 affected country in the last 14 days witnessing Coronavirus symptoms, must report to control rooms.

Clause 9 says that any person with a travel history from a COVID-19 affected country in the last 14 days and not developing symptoms, must quarantine themselves.

Now, based on these clauses a few sets of people at the Markaz could be in violation:

It is not clear how many people are there in these two categories.

Is Tablighi Jamaat to Blame?

While it is not clear if the FIR against a Tablighi Jamaat Maulana is justified, the outfit cannot be absolved from blame.

The full outbreak of COVID-19 in China was around December 2019. The first reported case in Thailand was around 13 January. This was the first COVID-19 case outside China.

Therefore with the virus hitting countries like Thailand in January, the Tablighi Jamaat should have been careful not to invite visitors from there.

By first week of March, the Coronavirus threat was acute in different parts of the world. Therefore it was reckless of the Tablighi Jamaat Markaz to hold a large congregation in the second week of March, that too with a sizable number of foreign visitors.

What Did Govt Do?

A bigger part of the blame however lies with the government of India.

According to a release from the Ministry of Home Affairs on 31 March, “Bureau of Immigration has been sharing (since February 1) with State authorities, details of all international arrivals from affected countries based on Self Declaration Form filled-in by them”.

Coming back to Tablighi Jamaat Markaz, a few questions need to be answered by the police that falls under the ministry of home affairs.

While there’s little doubt that the Tablighi Jamaat Markaz showed callousness, a bigger part of the blame lies with the government that woke up to the COVID-19 threat extremely late and didn’t do enough to stop carriers of the virus at airports.

The “Corona Jihad” campaign by pro-Hindutva entities in the media and social media will only worsen matters by injecting communal poison into a public health disaster.

Memo to Sonia Gandhi : Cash transfer may not get you a win in 2014
Stanford sexual assault case: survivor 's impact statement in full #Vaw
16 years on, doctors to pay mom 17.5 lakh for not detecting foetal defect
Majnu cage' for roadside Romeos in Muzaffarnagar? #Vaw