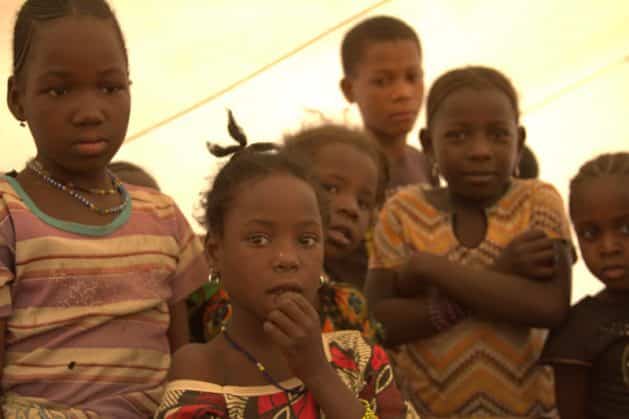 UNITED NATIONS, Jun 25 2020 (IPS) – The current coronavirus pandemic is having a profound affect on children in conflict zones — with girls especially being at higher risk of violence and sexual health concerns.

“For adolescent girls specifically, these disruptions can have profound consequences, including increased rates of pregnancy and child, early, and forced marriage,” Shannon Kowalski, director of advocacy and policy at the International Women’s Health Coalition (IWHC), told IPS.

Kowalski shared her concerns this week after an open debate on children and armed conflict at the United Nations, where experts shared the progress made in the efforts to pull children out of conflict-ridden circumstances, as well as how the current pandemic has made the issue more complex.

Virginia Gamba, special representative of the secretary-general for children and armed conflict, said her team had documented 25,000 grave violations against children.

Henrietta Fore, executive director of U.N. Children’s Fund (UNICEF), said at the Jun. 23 briefing that although the organisation had rescued almost 37,000 children in the past three years, there remains massive concerns about the number of children still in dire situations.

She cited the U.N.’s monitoring and reporting mechanism statistics over the last 15 years that reflect this reality.

UNICEF documented a total of 250,000 cases of grave violations against children in armed conflict, including:

The numbers reflect a grave — and timely – reality. On May 12, terrorists blew up a hospital in Kabul, Afghanistan, killing 24 people, including two infants. Médecins Sans Frontières‎ (MSF) has since pulled out from the hospital citing security concerns.

This only deepens the problem for marginalised populations such as women and children. Fore said children in conflict zones who are now further caught in the pandemic are at a “double disadvantage”, given that they’re likely finding themselves at “increased risk of violence, abuse, child marriage and recruitment to armed groups”.

A general increase in conflict

Experts say there has been a general increase in organised violence in various parts of the world under the pandemic. Sam Jones, communications manager at Armed Conflict Location & Event Data Project (ACLED), a data collection and crisis mapping project, told IPS that they’ve documented state repression and consequential violence in some places under the pandemic, while in some other cases, “warring parties have used the pandemic as an opportunity to escalate campaigns or push the advantage”.

Jones’ concern was reflected in Fore’s speech on Jun. 23, where she pointed out that when states manipulate this kind of crisis, it’s the children who are hardest hit.

“Far too often, parties in conflict are using the pandemic and the need to reach and support children…for political advantage,” she said. “Children are not pawns or bargaining chips – this must stop.”

Certain areas have seen what Jones said is the largest increase in organised violence since the pandemic broke out around the world: Libya, Yemen, India, Mali and Uganda.

For all the countries, except Uganda, it was a mere intensification of already existing violence; in Uganda, the violence came in the form of government restrictions.

“By mid-April, ACLED had already recorded more than 1,000 total fatalities from conflict in Mali. Over the first three months of the year, we recorded nearly 300 civilian fatalities specifically, a 90 percent increase compared to the previous quarter,” he said.

“At best, violence has continued despite the pandemic, while at worst both armed groups and state forces could be using it as an opportunity to ramp up activity and target civilians,” he added.

How conflict affects children and girls

The crisis in Mali is especially of importance as human rights advocates released a statement of concern just a day after the briefing, about Mali’s failure to curb female genital mutilation (FGM).

The Office of the High Commissioner for Human Rights (OHCHR) raised alarms about the report released by the Committee on the Elimination of Discrimination against Women, which stated more than 75 percent of girls under the age of 14 had gone through the practice as of 2015.

Among other findings, the committee found that government has “failed to guarantee victims of female genital mutilation access to adequate and affordable health care, including sexual and reproductive health care”.

Concerns raised by experts such as Fore and Kowalski, when put next to the data about the ongoing conflict and continued prevalence of FGM in Mali, creates a worrying picture for the West African nation.

The committee report found that the women and girls in Mali already had limited access to sexual and reproductive health.

Meanwhile, Fore pointed out that the pandemic has exacerbated the lack of access for women and girls in countries that were already struggled to provide access. This raises the questions about how, on top of being a country in conflict, the pandemic is further exacerbating the health of girls who suffered FGM in Mali.

Meanwhile, Kowalski of IWHC raised concerns about U.S. President Donald Trump’s recent decision to pull funding from the World Health Organisation, and what that means for girls caught in conflict.

“In addition, in most countries affected by COVID-19 we are experiencing increases in gender-based violence, reduced access to contraception, abortion, and other reproductive health services, and a decrease in the quality of maternal health care — all which are intensified for women and girls in conflict,” she said.

Gamba, after sharing the statistics of children suffering in conflict, ended her speech on an important note.

“Behind these figures are boys and girls with stolen childhoods and shattered dreams, and there are families and communities torn apart by violence and suffering,” she said. “The only thing children and communities have in common today is their hope for peace, a better life and a better future. We must rise to meet that expectation.”