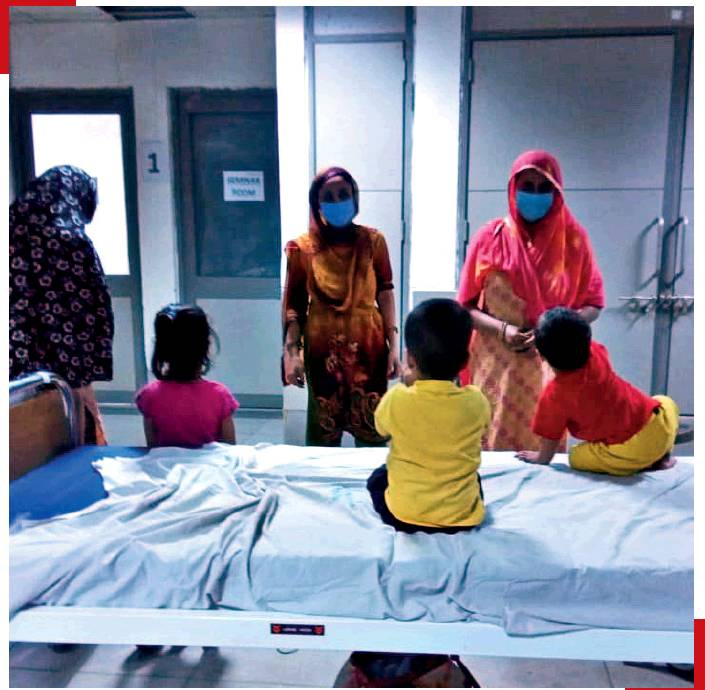 The initiative will provide employment opportunities to 4.5 lakh families in urban areas

The state government has doled out Rs 100 crore for the programme. It is touted to generate employment for over 4.50 lakh families residing in 114 urban local bodies across the state.

Daily wage workers will be engaged in multiple works such as sanitisation of drains; digging and renovation of water bodies; development of playgrounds and sports infrastructure; construction of public toilets  and beautification of urban areas, according to Chief Secretary Asit Tripathy.

Local artistes will be allowed to paint walls and murals, added Tripathy. The initiative will go on till September 2020.

The state government has exempted specific construction activities from the second phase of the lockdown till May 3. The Revenue and Disaster Management Department issued a list of standard operating procedure to ensure adherence to social distancing norms and maintenance of hygiene.

The state also decided to intensify COVID-19 testing in different parts of Bhubaneshwar.

“As of now, the testing rate per one lakh population in Bhubaneswar is higher than other cities in India. It will be further scaled up for early detection, prevention and treatment. Around 5,000 tests will be conducted in the coming week,” the chief secretary said.

He added that necessary administrative and technical arrangements were being carried out.

“Senior administrative officers have been designated COVID-19 observers for different zones to oversee the program. The government is taking expeditious steps to set up laboratories, procure testing kits, train microbiologists and technicians and supply personal protection equipment to them. Samples will be collected through stationed centres and mobile vans,” Tripathy added.

The state’s Health and Family Welfare Department has prepared a priority list of vulnerable groups and samples from the persons belonging to these groups will be collected on priority basis.

Three special COVID-19 hospitals with state of art treatment facility have been developed in Cuttack and Bhubaneswar. Infected persons are provided treatment free of cost.

The government also recently notified spitting in public places as an offence according to the provisions of Indian Epidemic Disease Act, 1897. It will be punishable with a fine of Rs 200 for first two offences and Rs 500 for subsequent offences.

At least 61 people were infected with the novel coronavirus SARS-CoV-2 and 24 of them had recovered as on April 19, 2020.

Meanwhile, Jajpur police arrested three people for allegedly attacking officials in a Badakaichi village upon being told off for violating the lockdown.

On April 18, Rasulpur’s block development officer Umakanta Parida and tehsildar Jyotikanta intercepted a motorcycle on which the three men were travelling despite the lockdown.  The trio managed to flee the spot, but later returned with around 60 miscreants and allegedly attacked the officials.

Police teams are on the lookout for others involved in the assault, added the officer.

Odisha government recently promulgated an ordinance with provision of imprisonment up to two years for those who violated the epidemic regulations by amending section- 3 of the Epidemic Diseases Act, 1897.

According to the Epidemic Diseases (Amendment) Ordinance, 2020, anybody who disobeyed any regulation or order made under the Act was liable for imprisonment up to two years or with fine up to Rs 10,000 or both, added the officer.