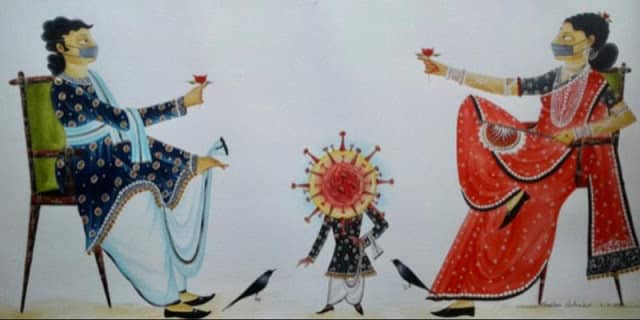 The global COVID-19 response exposes flaws at the heart of the prevailing regime of global health governance (GHG): first, in the debates about fast tracking the development of vaccines and medicines and, second, in the extraordinary variations in national responses to the pandemic.

The World Health Assembly (WHA), the governing body of World Health Organization (WHO), is a leading player in GHG. For many years, it has also been a key site where geopolitical contradictions between the Global North and the Global South are played out. The US withdrawal from WHO is the latest initiative in a continuing campaign to marginalise WHO and in doing so to marginalise the voices of developing countries since the Assembly is the principal forum where they are able to participate in GHG.

Under the banner of so-called ‘WHO reform’, there has been continuing pressure to transform the WHO from an intergovernmental body, where member states have sovereignty, to a ‘multi-stakeholder public private partnership’ model where transnational corporations and philanthropic foundations are able take up (what they see as) their rightful seat at the table.

The long-standing freeze on assessed contributions associated with tightly earmarked voluntary contributions, implemented from the mid-1980s, was imposed and has been maintained, with a view to restricting the influence of the Global South over the work programme of WHO (Legge, 2015).

A slightly different theme, long embedded in the International Health Regulations (IHRs), positions developing countries as a public health threat to the rich world. This preoccupation with ‘protecting us from them’ is commonly articulated in the discourse of ‘global health security’. Over the last 6 years, since the Ebola outbreak in 2014, there has been a campaign of finger pointing around the failure of certain developing countries to invest sufficiently in the ‘core capacities’ which the IHRs require (laboratory capacity, public health surveillance, border control, etc.).

In the context of COVID-19, WHO (Economic Times, 2020), civil society organisations (MSF Access Campaign, 2020) and Presidents Macron and Xi (in the WHA) have called for vaccines to be regarded as global public goods, implying a shared obligation to mobilise resources. The broader principle applies to global health security more generally, whether for vaccines or ‘core capacities’ under the IHRs.

The creation of the Access to Covid-19 Tools Accelerator (ACT-A or ‘the Accelerator’) as the main global platform for fast tracking the development of vaccines and medicines for COVID-19 (Global Collaboration, 2020) needs to be understood in the light of these kinds of North–South tension. The arrangements for fast-tracking medical products have important implications for the reform or the defence of prevailing intellectual property laws and the associated price barriers to accessing medicines more generally.

The Accelerator has four ‘pillars’ designed to mobilise and disburse funding to accelerate the development of new diagnostics, medicines and vaccines. The diagnostics, medicines and vaccine pillars aim to support promising developments through a combination of direct grants and advance purchase agreements which will help to share the financial risks associated with the continuing development of products which have yet to be shown to be effective. The fourth pillar promises to support health system enhancements needed to facilitate access to these new products.

The vaccines pillar (led by Gavi, the Vaccines Alliance and CEPI, the Coalition for Epidemic Preparedness Innovations) is structured around a complex system of advance purchase agreements centred around the Covax Facility as the main financing instrument (Gavi and CEPI, 2020a). Covax will be funded through official development assistance from the donor countries, through philanthropy (especially Gates and Wellcome) and through the 10% down payments required of self-funded participating countries.

The Covax facility will support procurement for the ‘high priority’ fractions of participating country populations (set at around 20% for self-funded but less than that for funded countries) and will only operate in the short to medium term. Once participating countries have been supplied the agreed doses for their ‘high priority’ populations, supply arrangements (prices, volumes and delivery dates) will revert to bilateral arrangements between individual countries or purchasing consortia and the vaccine suppliers.

Significant contradictions between the Global North and South are manifest in the Accelerator. The Accelerator is created as a ‘multi-stakeholder public private partnership’, with the Bill and Melinda Gates Foundation centrally involved and the WHO cut out from any significant involvement in its governance. Developing countries have not been consulted in the development of the Accelerator and the WHA, where they do have a voice, will have no role in its development.

Through the Accelerator, billions of dollars are being channelled to the pharmaceutical industry with no conditionality regarding ongoing pricing and no restrictions on the privatisation of the intellectual property created under public financing. In relation to vaccines, for example, there will be downwards pressures on prices for the priority populations (10–20% of total) but market prices for the remaining 80–90% (Gavi and CEPI, 2020b).

Even while the Accelerator’s pillars are being erected, there has been a flurry of APAs, outside the Accelerator arrangements, with Europe and the United States buying up priority access to vaccines and medicines which are still in development, foreshadowing consequent delays and barriers to accessing such vaccines and medicines by developing countries.

For countries in the Global South, medicines and vaccines (purchased on global markets) constitute a high proportion of total health expenditure and high prices are a major barrier to ensuring universal health care. The role of extreme intellectual property protection in supporting high prices, and the hyper-profitability of the transnational pharmaceutical industry, is a major concern for developing countries (Kanth, 2020).

In March 2020, Costa Rica launched a proposal for a global pool of rights in the data, knowledge and technologies useful to the prevention, detection and treatment of the coronavirus/COVID-19 pandemic. The concept was supported by the Director General, by many countries of the Global South and by the European Union and, in May, was adopted by the WHA, albeit in a watered-down version (WHA, 2020). The United Kingdom, United States and Switzerland led the opposition (Bosely, 2020) to what is now the Covid Technology Access Pool (C-TAP) (WHA, 2020).

In some respects, this debate appears as Global North versus Global South. However, there is also an axis of contention between the transnational pharmaceutical corporations and the people (patients and taxpayers) from whence their profits derive or who are unable to pay for their medicines and vaccines.

The attack on multilateralism and the drive to transform GHG into the public–private partnership model are elements of ‘WHO Reform’ which are fiercely advanced by the junk food industry globally and any concessions with respect to intellectual property would set precedents of much wider significance, including for the agro-chemicals, software and global entertainment industry. It is not just pharma but transnational capital generally which is contending in this space.

These contradictions, international and economic, point to the policy imperatives of strengthening the voice and the organisation, of the Global South, and at the same time building a global constituency to control the depredations of transnational capital.

However, an analysis structured solely at the global level is also too limited. The COVID-19 pandemic has also brought into sharp relief the structures and dynamics at the community and national levels which shape people’s health. This has been particularly evident in the wide variations of national response, from Vietnam and New Zealand to the United States and Brazil.

Managing the pandemic at the national level

Managing the COVID-19 pandemic confronts inescapable tensions between protecting public health and maintaining economic activity. Settings where these tensions have been successfully managed have been characterised by

The most shocking failures of national response have been characterised by

Clearly, the conditions for such chaos vary between countries. In general, it seems that continuing conflict around the national COVID-19 response may reflect a combination of business resistance, popular distrust and the impossibility of lockdown and social distancing for many.

The WHO has done an outstanding job at the global level in convening expert groups, providing technical guidance, procuring and distributing medical commodities, working with news media, providing online education for health professionals and policy officials and distilling complex issues into meaningful slogans (solidarity, testing, human rights). The outstanding failure at the global level has been the lack of member state accountability, including for lack of transparency, chaotic national policy making and failure to contain the epidemic.

There are limits to what the WHO Secretariat could do to strengthen member state accountability but one strategy which could have been deployed would be to collect, publish and analyse descriptive material regarding national policy making, implementation and outcomes. It appears that the Independent Panel for Pandemic Preparedness and Response (IPPR) appointed to evaluate the world’s response to the COVID-19 pandemic will explore national responses as well as that of the WHO Secretariat (WHO, 2020).

The significance of nation state accountability extends beyond the national response to COVID-19. It is highly relevant also to global policy making around the Accelerator and C-TAP and to the marginalisation of WHO in favour of global public–private partnerships.

Funding
The author received no financial support for the research, authorship and/or publication of this article.