During the India Today investigation, Nagendra Kumar, spokesperson for the Rashtriya Gau Raksha Dal, boasted of how vigilantes were trained to execute near-fatal attacks on their potential targets. 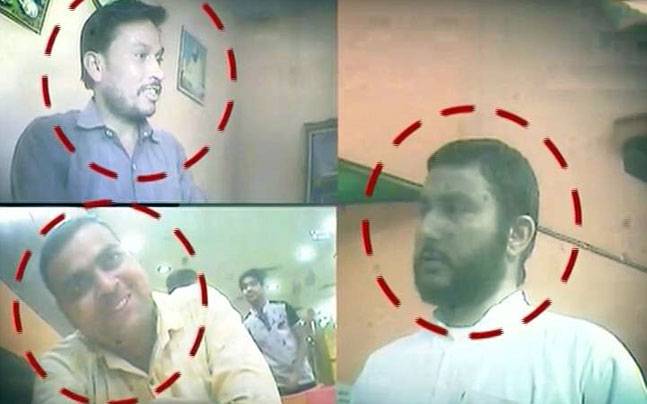 Most cow vigilantes are trained to strike ferociously but without leaving physical marks on their victims in order to dodge prosecution, an India Today investigation has found.

Earlier this month, a mob of self-styled Gau Rakshaks waylaid a truck on Rajasthan’s Behror highway, dragged out 55-year-old dairy farmer Pehlu Khan and his companions and whipped them up with belts and rods, TV footage showed.

In the wake of the fatal assault in Behror, India Today’s reporters delved undercover into the dark world of the so-called cow protectors to investigate whether the rising vigilante aggression against cow traders was impulsive or premeditated.

The self-proclaimed Gau Rakshaks probed by the network’s special investigation team were not linked to the murderous assault on Khan and his co-workers. But they were caught on camera describing their brutal methods behind the violence they unleash on our streets and highways.

Nagendra Kumar, spokesperson for the Rashtriya Gau Raksha Dal in Moradabad, boasted of how vigilantes were trained to execute near-fatal attacks on their potential targets.

“When we set out, we have a single objective. We carry lathis matching our heights. If they (cattle traders) don’t spare you or resist, you got to at least break their legs so that they cannot walk for the rest of their lives. This is what our team in Aligarh mostly does,” he claimed.

His sources, said Kumar, would tip him about cow trucks. Once they intercept the vehicles, they pounce upon it with a strategy. “We inflict injuries that leave no visible bruises. They don’t realise how seriously they might have been hurt,” explained Kumar. “They should be hit hard. But there should be no bleeding.”

That’s how vigilantes are trained, added Kumar, “which means no external wounds”. “If he’s beaten up, we ensure there’s no bruise on him. But we guarantee, he’ll be unable to walk on his feet two months later. There won’t be any case if no external injury is visible.”

Kumar claimed none of the members of his squad faced even a single police case across six states so far.

“How do you injure your target?” asked the reporter. “We inflict internal injuries. We fracture their bones, muscles, legs. We don’t hit on the head and rip it apart. If we do that, our activists will be arrested,” Sharma said in Moradabad.

On his website, the man has advertised himself as a saviour of cows. But on India Today’s tape, he admitted his gangs were highway robbers of sacred animals.

“Our activists intercepted a truck in Babrala (Sambhal district) with 20 cows in it,” he recounted. “They (the animals) were distributed among our activists. Distributed there and then.”

Next, the SIT travelled to Haryana’s Faridabad and visited Acharya Sarvamitra Arya. A senior leader of the state’s Gau Raksha Dal, Arya revealed how his men would ambush livestock lorries.

“Our boys mount a blockade and surround the trucks when they arrive. They (traders/drivers) flee from running vehicles. That’s one thing. We have got some weapons also. Sometimes shootouts also take place from both sides,” he said.

According to Arya, he has a 3,000-strong group of violent Gau Rakshaks. “None of them will return beaten. They will beat up (their targets). They don’t inflict injuries that bleed.”

After India Today’s sting on the Gau Rakshaks, VHP spokesman Shriraj Nair insisted their cadre had been advised to report suspected cow trafficking to police. He denied any links with the Gau Rakshaks that the India Today investigation exposed. The VHP, claimed Nair, opposed use of violence in the name of cow protection.

Nair, however, called for stricter enforcement against smuggling and slaughter of sacred animals.

In his comments, Congress spokesman Pawan Khera accused the RSS of patronising aggressive vigilantism. “This thuggery cannot happen without the patronage from the top,” Khera alleged.

“Cow protection is something we have okayed. But taking the law into (one’s own) hands is definitely not acceptable,” said BJP spokesman, Zafar Islam.

“We understand the feelings of Gau Rakshaks,” Baghel, however, remarked as he offered his personal phone number to cow squads to report illegal transport of the animals. “The chief minister has said it before that the rule of law would prevail in Uttar Pradesh. You (Gau Rakshaks) should be aware that you also can be charged if you take the law into your own hands.”

Senior Haryana minister Anil Vij vowed zero-tolerance against law-breaking Gau Rakshaks. “We will not tolerate any hooliganism. If this sort of incidents come to our notice, we will take strong legal action,” he said. http://indiatoday.intoday.in/story/cow-vigilante-gau-rakshak-attacks-india-today/1/934085.html