Decribing executions as “inhuman”, CPI(M) on Monday said it stands for abolition of death penalty in the country as it is “arbitrarily implemented” and advocated imprisonment till death in rarest of the rare cases. 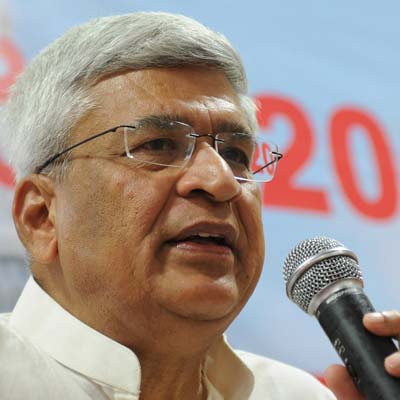 Decribing executions as “inhuman”, CPI(M) on Monday said it stands for abolition of death penalty in the country as it is “arbitrarily implemented” and advocated imprisonment till death in rarest of the rare cases.

A decision on the party’s position was taken at a two-day Central Committee meeting of CPI(M) that ended here yesterday.

Addressing a press conference here, CPI(M) General Secretary Prakash Karat said the Central Committee discussed a note presented by the Polit Bureau on the abolition of the death penalty and decided that it will advocate the abolition of capital punishment.

“In India, death penalty, as it is in practice is arbitrarily implemented. It is inhuman…Instead of capital punishment, the party wants in rarest of the rare cases and most heinous crimes, life imprisonment should be extended for the entire life of the person convicted with no scope for remission,” Karat said.

He said the Politburo had been discussing the issue since last year.

Referring to the controversy surrounding the execution of Parliament attack case convict Afzal Guru, Karat said he was denied what was provided in the law about right to appeal after the mercy petition was rejected.

“Afzal was denied this opportunity and his family was not informed also,” he said.

The CPI(M) leader said 97 countries have abolished death penalty and it was time for India to change its statute.

Last month, CPI(M) Polit Bureau member Sitaram Yechury had said that the party were willing to discuss and consider death penalty for rapists.

India - Health, Education Spending Declines Over 2 Years
Maharashtra - Tired migrants sat on tracks for rest, fell asleep. 16 run over by train
Ayodhya verdict: A conundrum of fact, fiction and faith
The Modi presidency is over