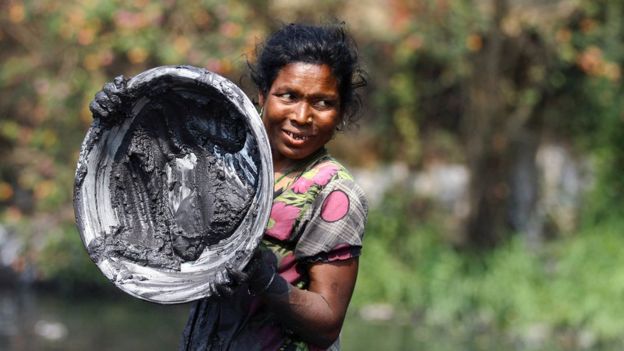 The data under SC/ST (PoA) 1989 (conviction percentage under the SCs and ST s (PoA) Act in conjunction with IPC remained at 25.7% for SCs and 20.8% for STs and the acquittal percentage 74.2% for SCs and 79.2% for STs, NCRB 2017
) in cases of atrocities against Dalits and Adivasis is clear evidence poor implementation of the Atrocity Act and the presence of caste hierarchies in the mechanisms of justice delivery to the affected Dalits and Adivasis communities.

In this context National Dalit Movement for Justice-NCDHR in collaboration with American Bar Association (ABA) organised a three days training programme from 14th -16th December 2018 in Viswa Yuva Kendra for the Dalits and Adivasis Special Public Prosecutors  to provide an opportunity to the Special Public Prosecutors appointed/ to be appointed, as per Rule 4(5) of PoA Act, to enhance prosecution knowledge and skill to render Justice to the Dalit and Adivasi communities affected by atrocities.

Keeping in mind the poor statistics ,National Dalit Movement for Justice has taken the initiative to engage with committed lawyers in order to capacitate and encourage them to be  appointed as Special Public Prosecutors (SPPs) for prosecuting cases of atrocity against Dalit and Adivasi communities under the Scheduled Castes and Scheduled Tribes (Prevention of Atrocity) Act, 1989.NDMJ-NCDHR is engaging with committed lawyers to  develop their perspectives and capacities  to pursue the cases of atrocities  by intervening in the special court with utmost legal efficiency. The communities can access justice only when there are committed and efficient lawyers who understand the challenges present in the judicial system.

Section 15 of Scheduled Castes and Scheduled Tribes (Prevention of Atrocities Act), 1989 and Rule 4(5) of Scheduled Castes and the Scheduled Tribes (Prevention of Atrocities) Rules, 1995 empowers Dalits and Adivasis victims to file petitions for appointment of Special Public Prosecutors of own choice. NDMJ – NCDHR has given considerable importance to   the above mentioned section. This provision becomes very crucial to enter courts that have been the domain of politically appointed lawyers with biased mind-sets, it can be extremely helpful as a tool for Special court intervention for the victims for accessing justice

On the occasion, A study report on  Discrimination Against Dalit And Adivasis Prisoners and Victims of Police Excesses was also released. The study exclusively focuses on the Dalits and Adivasis accussed of crimes as , till date no in-depth study has been made on the prejudices against Dalit and Adivasi prisoners in Indian Prison System. This study is an astounding one of its kind, which aims to explore the pains and agony of victims of police excesses and those incarcerated. The study interestingly brings out the instances of discrimination based on caste at every layer of the criminal justice administration system

The findings detailed in this report show the gravity of caste discrimination against Dalits and Adivasis by police institutions. Deeply entrenched prejudices against Dalit’sand Adivasis play an important role in their harassment and incarceration. There are allegations that police officers have their own caste and gender biases and often behave towards Dalit’s and adivasis in a discriminatory way. Usually the victims of police torture are mainly Dalit’s and adivasis. They are often picked up and jailed onconcocted charges. The case studies and findings revels the treatment of people belonging to Dalits and Adivasi by the police and their discriminatory behaviors. They are subjected to illegal arrests and detention and physical torture, by the police in the name of nabbing the “habitual offenders”. The members of the community, including men, women and children, are subjected to systematic, continuing, ruthless treatment in the hands of the police. It reveals that it is handy for the police to catch hold of the Dalits and Adivasi communities and foist false cases on them for crimes, which they had not committed. Dalits and other indigent people too poor to seek legal counsel obviously spend too long a time behind bars, unable to seek justice even when they might be innocent.

The findings detailed in this report also show prison systems do not function at the level of the United Nations’ Standard Minimum Rules for the Treatment ofPrisoners. The relevant international obligations and standards are deliberately disregarded. The deliberate physical, psychological, mistreatment of inmates by prison officials is a persistent and pervasive issue of concern.Dalits and Adivasis are particularly vulnerable to deliberate mistreatment.

The research shows how caste based prejudice lead to high number of vulnerable communities inside the prisons and how often the prisoners are denied the minimum legal protections and legal process guarantees during their arrest , detention or imprisonment. Findings reveals how barriers are imposed on incarcerated Dalit’s inside the jails, the infringements of their legitimate rights being Dalits in terms

of their right to food, wage, employment, accommodation, medical, bail, parole and similar other important right to trial and appeals. All these together impede the future success of both families and of communities at large.