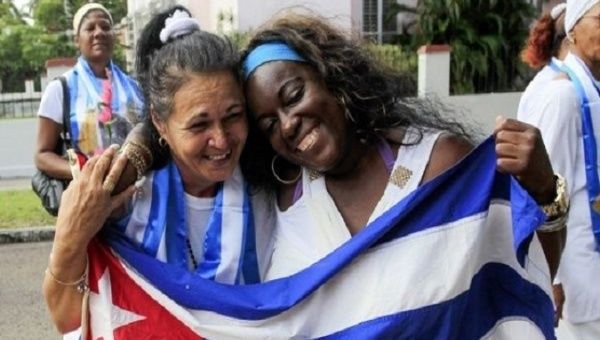 If all 320 female candidates are ratified, Cuba would become the second country in the world to boast a female majority in parliament.

More than half the candidates for the Cuban National Assembly are women, according to the nation’s electoral authorities – meaning that if all 320 female candidates are ratified, Cuba would become the second country in the world to boast a female majority in parliament.

Rwanda currently ranks first in the world for its parliamentary female majority, with women making up 61.3 percent of all members, Cuba’s President of the National Candidacy Commission Gisela Duarte told Granma.

Duarte also noted that if all 605 nominees – both male and female – are ratified during the March 11 election, the number of young people aged between 18 and 35 would also grow: to a new total of 13.2 percent.

According to Duarte, 47.4 percent of the candidates were nominated from constituencies, having been elected by neighborhood assemblies.

Between January 22 and March 10, nominees are touring Cuba’s municipalities to meet local residents ahead of the March 11 Council of State elections.

The election is due to take plave on April 19, when the National Assembly of People’s Power will elect a new president of the Councils of State and Ministers of the Republic.

Cuban President Raul Castro’s daughter, the renowned LGBT activist and Director of Cuba’s National Center for Sex Education Mariela Castro, has been tipped as a possible successor to her father.

Already nominated as a parliamentary deputy, Mariela has been reticent about her intentions: “Who do I want for the future of the country? I have no idea. In all of those I look at, I see virtues and defects – including in my dad.”

The next president of Cuba, Mariela insists, should be decided by the people. “I do not have a favorite, but there are several people with qualities. I’m still not going to make a statement; I’m watching.”