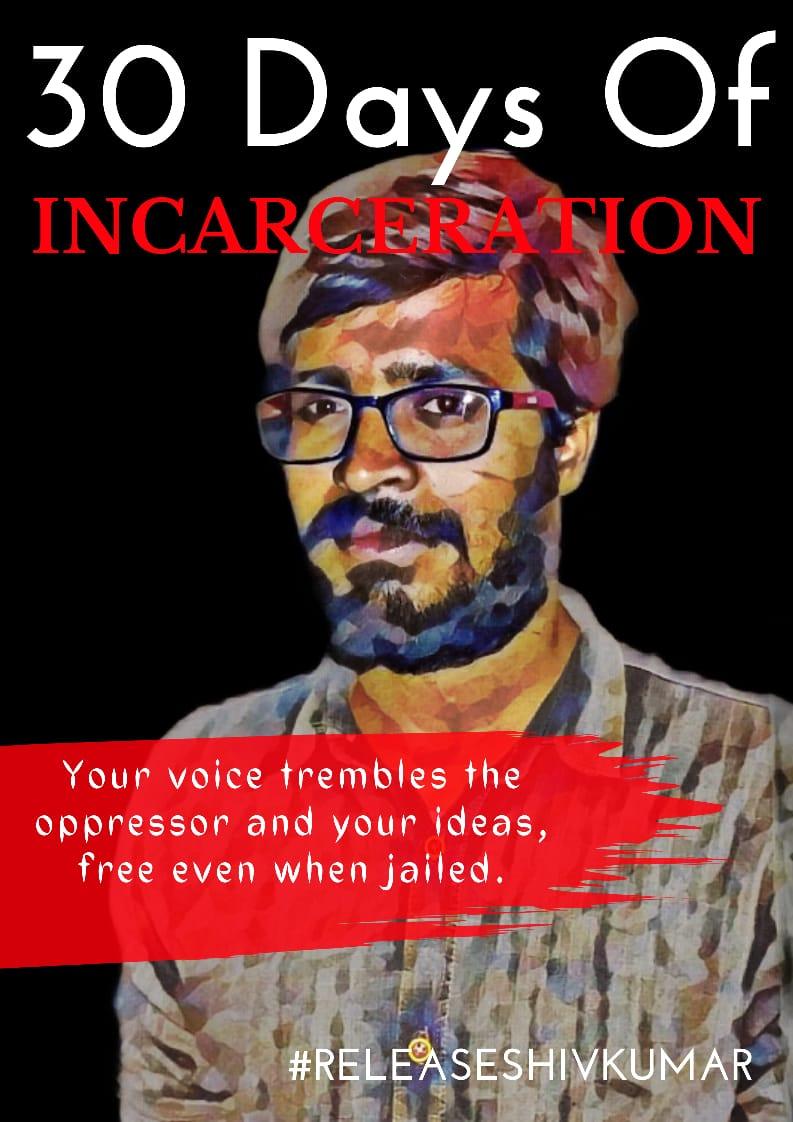 The injuries are more than two weeks old, the medical report said. Kumar’s father alleged that the activist, arrested on January 16, was tortured by the police.

On Wednesday, 24 February. the Punjab & Haryana High Court had to adjourn the suo motu case it has registered regarding the arrest of activist Nodeep Kaur, because the Haryana Police had failed to provide a medical report on her condition to the court.

Dalit activist from Mazdoor Adhikar Sangathan, Shiv Kumar, was also arrested by the Haryana Police on 12 January in connection with the same cases. His father has also filed a petition in the Punjab & Haryana High Court alleging that the 24-year-old was beaten up in police custody.

Shiv Kumar’s medical examination has not only recorded some injuries on his body as “grievous in nature” but also opined that his injuries were caused by some blunt object/ weapon. The nail beds of some of his toes were also found broken. The medical board found a fracture (break or a thin hairline crack to one of the metatarsal bones) in his foot and a fracture of the right Ulna bone (wrist). Medical experts, when asked to assess the comments of the board, said these fractures normally happen due to crushing injuries. “All injuries on the person are more than two weeks old and were caused by some blunt object/weapon,” according to the report.

Kumar showed signs of “post-traumatic stress disorder-like symptoms”, according to the medical report. “All injuries are more than two weeks old and were caused by blunt object/weapon,” the report showed. “There is fracture distal phalanx of the second digit of left hand, and fracture of base of metatarsal bone of right foot.”

The report also pointed to a possible fracture of sesamoid bone at two other places in the left navicular bone of a foot and right ulna bone of the right wrist.

The report, quoting Kumar, said that he was taken to old Kacheri, Sonepat on January 16 after he was arrested and assaulted by seven people. The activist alleged that the police tied both his feet, lay him on the ground, and hit him on the soles.

“His second, third and fifth toe nails of the right foot were torn and the nail of the big toe of his left foot became blue,” the report added. “They also hit him on the buttocks with flat sticks, then they tied his hands and stretched his legs. He was made to lie on the ground with both legs straight and a metal pipe was placed on his thigh and rolled over the thighs by two people. They also hit him on both hands and palms and on the back of his head.” The report added that Kumar has alleged that he was also not allowed to sleep for three days.

According to the report, the injuries have been described as:

According to the report while injury numbers 1,2,5 and 6 are simple in nature, injury numbers 3 & 7 are grievous. The board said it could not comment on injury numbers 4 and 8, as regards their nature because of possibility of a sesamoid bone fracture

The psychiatric assessment said that the jailed activist appeared sad and distressed with occasional spells of crying. “He expressed preoccupation with his current situation, reported predominant anxiety symptoms, flashbacks of brutality meted out to him, nightmares, feelings of loneliness, uncertainty about future and sleep disturbances,” the assessment showed. “Appetite is normal. He denies delusions, hallucination, ideas/plans of self-harm. Overall, evaluation is suggestive of post-traumatic stress disorder-like symptoms.”

After receiving the report, the Punjab and Haryana High Court has sought a report of Kumar’s medical examination, which was conducted when the Sonepat Police arrested him. The court has listed the matter for hearing on March 16.

Mumbai- Sick treating the sick at Sewri's TB hospital #healthcare
The Irony of Targets: Sterilisations in Jharkhand #indigenous
You Say "Nationalism" Is A Must for Journalism Mr Goswami? I Beg to Disagree
Hindu inheritance law still suffers from gender bias.