“I have been running from pillar to post demanding arrest of the accused but there is nobody in the administration to hear my cries of justice. The perpetrator is scot free and I am struggling by myself to maintain (a living),” Gayatri (name changed), a 27-year-old rape survivor, narrated.

Unfortunately, she is not alone. She was one of the examples that All India Dalit Mahila Adhikar Manch (AIDMAM), a platform of dalit women, dealt with as it travelled as much as 3,000 kms across Odisha. The Yatra travelled across 11 districts and conducted more than 45 villages/street meetings to map the nature of caste violence against dalit women in these places. The Yatra took place between June 1 and 12. 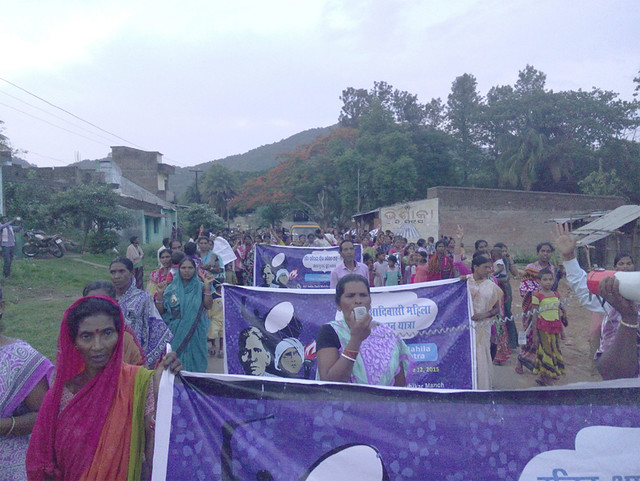 Asserting that the highly casteist society in Odisha is “something which hits your face and it’s terrible”, Asha Kowtal, general secretary, AIDMAM, New Delhi, said: “We encountered more than 30 cases, a whole range of caste-related crimes.”

AIDMAM is led by dalit women with support and solidarity from men from their communities and others in support of their core values.

The AIDMAM has set forth its journey with the purpose to analyse the gravity of caste violence against dalit women and document the sufferings of those who experienced the apathy of the Hindu caste society, administration and governmental affairs.

The yatra has travelled to the districts of Boudh, Sonpur, Kandhamal, Gajapati, Ganjam, Jagat Singhpur, Jajpur, Kendrapada and Cuttack. The Yatra was in response to the caste turmoil, which has continued unabated in Orissa. “A lot of dalit activists from Odisha were calling us, reporting heinous crimes on dalit girls and women and the response of the state being dismal. So we decided to visit Odisha, spend time with our people, learn and understand the complexities and find ways to work along with the existing groups and also identify new women leaders,” Kowtal said.

When asked about how AIDMAM envisions to intervene and support the victims to seek justice, she said: “Of course by supporting survivors and family, providing legal support, (bringing) pressure on the government through Commissions and other advocacy groups, also working on a PIL. But most important, the need of the hour is to strengthen the dalit women organisation, leadership building and skills to take on this fight for the long haul.” 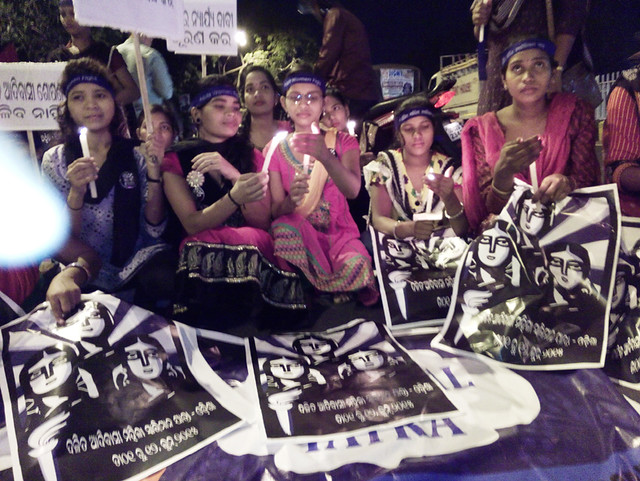 Talking about AIDMAM and the Yatra, Ajay Kumar Singh, convenor of Odisha Forum for Social Action said, “For the last 10 days, the Dalit Adivasi Mahila caravan visiting village to village, town to town, meeting victims and survivors and community representatives; from civil society groups to district administration. The message seem to be loud and clear; fear and insecurity have seized the victims, survivors, making mockery of criminal justice delivery system for the dalit adivasi women as the perpetrators seem to be at large with impunity while the officials seems to be callous and indifference to the cases giving rise to untold and increased violence.”

“The administration, if not complicit, seems to be indifferent towards the issues of dalit women. Sure, the caravan has set in motion for securing justice for the victim survivors as well as strengthen human rights defenders to work vigorously for the cause,” he said.

In their memoranda, to safeguard dalit women and dalits from atrocities, AIDMAM, demands the following:

• All complaints of atrocities, especially rape and sexual harassment must be treated with the utmost seriousness and investigated without any delay. Any police or other officials who do not practice this and those who actually obstruct the delivery of justice must be punished under Section 4 of SCs & STs (PoA) Act.

• The victim must be rehabilitated in every way possible. Proper compensation should also be made available to them and, where ever feasible, the victims should be given government jobs as per Rules 12(4) of SCs & STs (PoA)

• Exclusive Special Courts to be set up in all the district and ensure speedy trial to try the cases so that justice is not delayed and the victims, their families and witnesses do not face harassment and suffer further trauma

• As the number of rape cases in Odisha are increasing day to day, the state and the police must take proactive steps to create an atmosphere and environment to ensure that girls and women are safe. One suggestion is creating awareness and spreading the message, through posters, wall writings and radio and television messages that any sexual harassment and assault on women will is an offence and strict action will be taken.

• Expansion of atrocity prone area to 37 districts in Odisha, take immediate assessment of the situation and take immediate measure as per the Rule 3 of SCs & STs (PoA) Act.

Budget allocation and expenditure for Dalit and Adivasi Women:

• Special Component Plan should be legislated in the state of Odisha. As much as 50 % budget should be reserved for women and direct schemes for their empowerment should be introduced.

• Education of women should be promoted by setting up special hostels for the girls of scheduled castes and scheduled tribes in each block, extending the Kasturba Gandhi Balika Vidyalas up to the graduation level, providing full scholarships to the SC/ST girl students in private schools.

• The survivors of caste atrocities, sexual assaults should be supported by setting up survivor support mechanism, provision of special budget should be made for the same.

• To include representatives of dalit movements/activists/lawyers in the committees for review of the cases pertaining to dalit/adivasi women.