Dalit youth tied to tree, beaten up till he became unconscious; time to protest: Jignesh Mevani 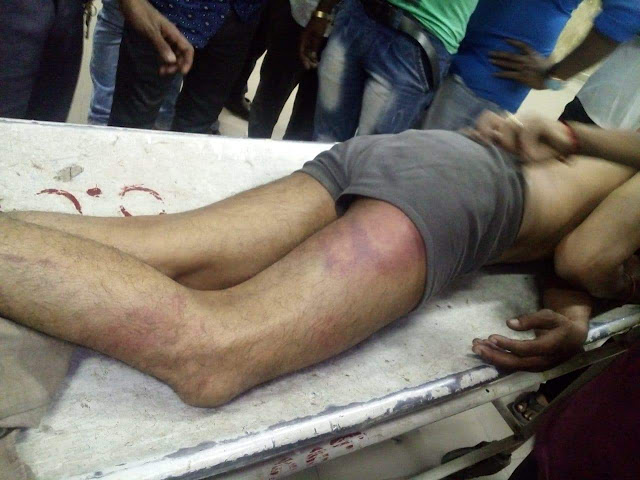 Strongly objecting to what he called “police terror” in Ahmedabad, Gujarat’s top Dalit rights leader Jignesh Mevani has said that cops of the city’s Kagadipith police station “tied Dalit youth named Umesh Solanki with a tree till they became unconscious”, recalling, “We remember what Modi had said  — it you want to attack, attack me, not my Dalit brothers.”

In a statement, Mevani said, “I appeal to the Dalit brothers of entire Gujarat and others, too, that these atrocities in the BJP regime should be answered in 2019” even as demanding “strict legal action against the policemen who attacked our innocent brother.” He added, “Even if this person of a Dalit community is involved in any illegal activities, the police have no right to take the law into its own hand.”
Continued Mevani, “Two days ago in Ahmedabad city, a Muslim community person was murdered in custody. A few months ago, cops entered in the houses of people of the Chhara community of Charanagar of the city, beat them up, injuring several people. Three months earlier, in Bhadarpura area of Ahmedabad, Dalit women were beaten. Despite this, not a single policeman has been suspended till now.”
Appealing to Dalit workers and organizations to agitate by showing unity against these incidents, Mevani said, “Without fighting, nothing will happen — neither bread, nor self-respect.”