Dalits, Adivasi children locked out of education during Covid-19 lockdown 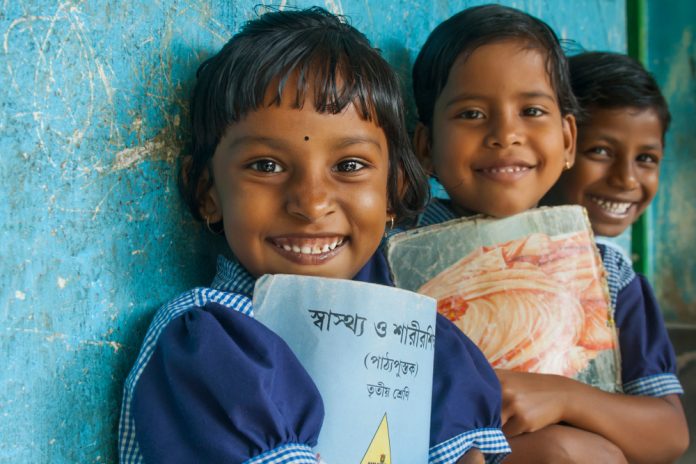 Among underprivileged families, the numbers for Dalit and Adivasi families are considerably worse than for others, whether we look at online education, regular study, or reading ability. | Photo: Shuttershock

A survey of nearly 1400 kids found that nearly 75% parents said their childrens’ reading abilities had declined during the pandemic.

The report reveals that only 4% of Dalit and Adivasi children have been attending online classes regularly, as opposed to 15% of children overall.

NEW DELHI – Chandni, a class 5 student from Dumbi, a Dalit-Adivasi village in Jharkhand, cannot read a single sentence in Hindi. She is now expected to read thick English books with complex sentences and words she cannot understand. She was doing well in school before the lockdown, but online education and inaccessibility to tuition have made her forget what she learnt in school. Chandni is not the only one. According to Road Scholarz, a voluntary research organization that surveyed 1400 families spanning over 15 states and UTs in India – out of the 36 children in this village, 30 could not read a single word.

Worried, many parents feel that their children are lapsing into illiteracy.

An emergency study published by Road Scholarz reveals that up to 97% of parents of school-going children want schools to reopen. The survey targeted 1400 impoverished hamlets and bastis, with 60 per cent Dalit-Adivasi households and children attending government schools. The report, released on Monday, was prepared by IIT economics professor Reetika Khera, economist Jean Drèze, and researcher Vipul Paikra, with the help of nearly 100 volunteers.

The image painted by this study is bleak, particularly in rural regions, where only 8% of children attend online classes, and only 8% of parents feel like their child has adequate access to online education. Almost half of the children surveyed couldn’t read more than a few words.

Nemi Devi, a resident of Dumbi, said, “They even knew how to spell their parents’ name, now my children have forgotten to even write our names. Lockdown has taken away education from my children. I fear they will also end up like us, illiterate and without good jobs.”

The study found out that in several states (including Assam, Bihar, Jharkhand, and Uttar Pradesh), almost nothing has been done to assist offline pupils in continuing to learn in some capacity during the lockdown.

Earlier in July, UNICEF and UNESCO expressed similar concerns, stating that the closure of primary and secondary schools in 19 countries had affected over 156 million pupils. Some of the losses that children may suffer as a result of this can never be recuperated, ranging from learning loss and emotional discomfort to missed meals and impaired social skill development.

Inaccessibility to online education
As many civil society leaders have noted time and time again, online education is a very large hurdle in the lockdown, and schools should have been the last to shut and the first to reopen. The survey notes a big challenge among the accessibility of online education wherein only 24% and 8% urban and rural areas respectively studied online “regularly”. Many rural homes do not own a smartphone. That is just the beginning: even among homes having a smartphone, the proportion of youngsters who study online regularly is only 31% in urban regions and 15% in rural ones. Smartphones are often used by working people and may or may not be available to schoolchildren, particularly younger siblings, just 9% of all surveyed children owned a smartphone. There are also additional difficulties with internet access, such as inadequate connectivity and a lack of funds to access mobile data packs.

In terms of those who did not have smartphones, the survey found little indication that they were studying at home on a regular basis. “Nearly half of the offline students in rural regions were not learning at all at the time of the survey,” it added. Only in Karnataka, Maharashtra, Punjab, and Rajasthan were some attempts taken, such as providing “worksheets” to youngsters offline or ordering teachers to visit parents’ houses for guidance on a regular basis.

In Dumbi, one such teacher was awarded a Savitribai Phule’s photo, but even with his efforts, children’s literacy is in freefall.

Literacy rates
According to the 2011 census, average literacy rates in the age group of 10-14 years ranged from 88 per cent to 98 per cent in the surveyed states, with an overall average of 91 per cent across India. Literacy rates exceeding 90% would seem to be the norm for that age group ten years later. Literacy rates in the 10-14 age range among surveyed children, on the other hand, are as low as 74 per cent in urban regions, 66 per cent in rural areas, and 61 per cent for rural Dalits and Adivasis. The “illiteracy rate” in the 10-14 age range among surveyed rural SC/ST families is 39%, up from 9% in dominating situations ten years ago. This is the result of longstanding inequality mixed with a lopsided lockout.

Dalits and Adivasis further excluded
Even among underprivileged families, the numbers for Dalit and Adivasi families are considerably worse than for others, whether we look at online education, regular study, or reading ability. For example, just 4% of rural SC/ST students study online on a regular basis, compared to 15% of other rural children. In the reading exam, only around half of them were able to read more than a few letters. Rural SC/ST parents were unanimous in their desire for schools to resume as soon as feasible.

83% of SC/ST parents feel like their child’s ability to read and write has declined, as opposed to 66% dominant caste parents. Only 5% of SC/ST students are able to attend live, online classes, the rest either don’t or have to look at videos and offline material, which is unsatisfactory. 43% of SC/ST students are not able to study at all, as opposed to only 25% of dominant caste students. The survey points to an instance of such discrimination in Kutmu village of Latehar district (Jharkhand), where most of the households are Dalits and Adivasis, but the teacher belongs to one of the few dominant-caste families in the village. Some members of these dominant-caste families openly asked the survey team, “If these [SC/ST] children get educated, who will work in our fields?”. None of the 20 Dalit and Adivasi children they interviewed in Kutmu were able to read fluently. Their parents complained bitterly about the teacher’s irresponsible behaviour, but they were powerless to do anything about it.

Child labour
In the group of children between 10-14 years of age, there is a rising incidence of child labour. A large majority of girls in that age group, for instance, are doing some household work. In rural areas, about one-fourth of girls in the same age group had also done unpaid work in family fields in the preceding 3 months, and a substantial 8% had done some paid work. Boys in the same group also have done labour, but figures of household work are not as high for boys. SC/ST children were also pushed to help in fields and faced discrimination from dominant caste members of the village as well. With the shutdown of schools, all states examined have eliminated midday meals. Approximately 80% of parents with a kid enrolled in a government school reported getting some food (mostly rice or wheat) as a replacement for their child’s midday meals. However, only a tiny percentage received cash, and a sizable number did not get anything throughout that time period.

The school survey gives an inkling of the colossal damage created by extended lockdown in India – one of the longest in the world. Reopening schools is just the first step, and is still being debated. Even preparations for that first step (such as repairing school buildings, issuing safety guidelines, training teachers, enrolment drives) are virtually invisible in many states. Soon after the Covid-19 crisis struck in early 2020, all schools were closed without batting an eyelid and most of them are still closed till present. When schools have reopened, the focus has been on higher classes instead of the younger children, who need their teacher’s help the most. Schools must be reopened, especially in the case of marginalized children who are already missing in large numbers from the education system.