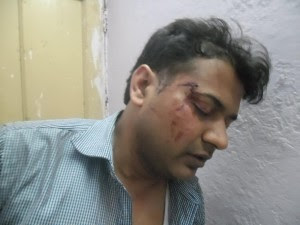 The team of worker activists had gone to the Sriram Piston in Ghaziabad to appeal the workers to lend their support and solidarity to their struggling worker brethern at the Sriram Piston in Bhiwadi, which is in Rajasthan. Ajay of Gurgaon Mazdoor Sangharsh Samiti told that they had been distributing pamphlets at a point 50 meter away from the factory gate at Meerut Road, Ghaziabad. Suddenly, two cars stopped nearby and around 8 goons came out of it and without any warning attacked them with iron rods, sticks, belts, etc. Consequently, the worker activists were forcibly taken by the goons inside the factory and called the Ghaziabad Police. And then in the presence of Police personnel the goons continued to beat the activists with rods, sticks for hours. Due to this barbaric attack Tapish sustained fracture in one leg, Anand sustained serious head injury as well as a fracture in the leg, whereas, Akhil also sustained serious leg injuries. Afterwards, the Police, instead of arresting the attackers, took the activists in custody and took them to Police station. Instead of filing FIR against the attacking goons of Sriram Piston management, the Police tried to file a FIR against the worker activists themselves. However, by then a few other worker activists had reached the Police station and due to pressure from various democratic and human right activists, journalists, etc, the Police could not file such an FIR against the activists. However, the injured activists of Gurgaon Mazdoor Sangharsh Samiti and Bigul Mazdoor Dasta, who were suffering from horrible pain due to fracture and head injury were not given any medical attention all this while and were left completely unattended. 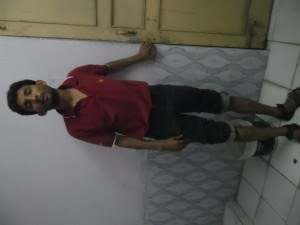 It is noteworthy that workers of Sriram Piston, Bhiwadi had been struggling for their just rights for last 20 days. The anti-worker Vasundhara Raje government has tried everything to suppress this movement. During this movement, the BJP government of Rajasthan, following the diktats of Sriram Piston owner and management, organized a midnight assault on the sleeping workers. The attackers, apart from the Police, included goons and bouncers. However, this attack consolidated the resolve of the struggling workers to intensify their movement. In the meanwhile, the labour department, instead to resolving the issue stopped the process of registration of the union of these workers. Also, the company without giving any reason, began to terminate the workers. However, all this only strengthened the fighting will of the workers. On May 4, Gurgaon Mazdoor Sangharsh Samiti, which has been supporting this movement, told the leadership of the struggling workers that it will distribute a pamphlet among the workers of Sriram Piston, Ghaziabad, appealing to them to lend their support to their brothers in Bhiwadi. 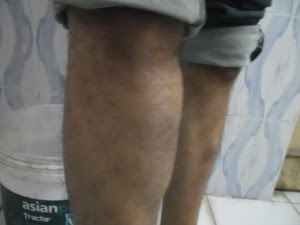 On May 5, the joint team of Gurgaon Mazdoor Sangharsh Samiti and Bigul Mazdoor Dasta distributed these pamphlets outside the Ghaziabad plant of Sriram Piston and during this very pamphlet distribution the team was attacked by the goons of owners and management of Sriram Piston. The way in which the attack had been carried out clearly shows that the goons were hitting to kill. The activists were assaulted on head with iron rods. This clearly shows the murderous intent of the owner and management of Sriram Piston. Moreover, this also shows that be it Samajwadi Party government of UP or the BJP government of Rajasthan, there is no difference for the workers. Both of them mean the same damn thing for the workers: barbaric and naked dictatorship of capital.

This incident also shows that Sriram Piston owners and management are afraid of the workers movement. The workers movement has made them anxious and paranoid and that is the reason behind this cowardly attack on the activists of GMSS and Bigul Mazdoor Dasta. Certainly, workers do not fear such cowardly attacks and they will intensify their movement even more. We appeal to all workers organizations, democratic rights organizations, student organizations and all pro-people intellectuals and citizens to extend their support and solidarity to the struggling workers of Sriram Piston.