Dear Mr. Modi, you owe an explanation to the people on Jaitapur Nuclear Power Project! 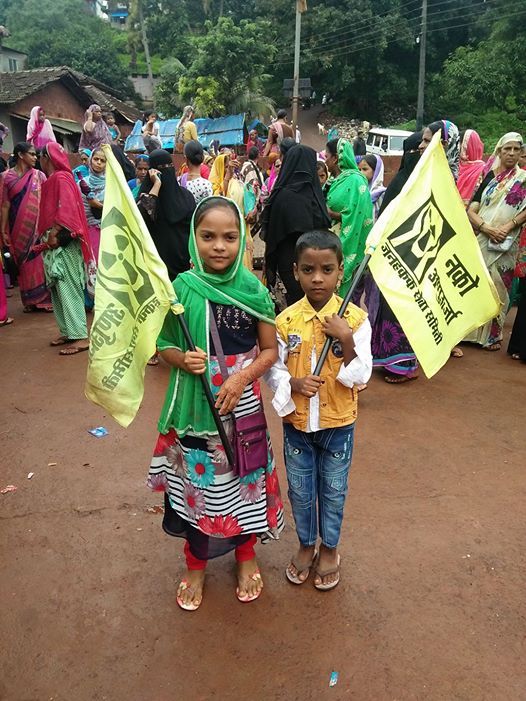 As the Indian government has announced expediting of the techno-commercial agreement with France for the world’s largest nuclear power park proposed in Maharashtra’s Jaitapur, Dr. EAS Sarma, India’s former Union Secretary  in the Minister of Power, and an eminent voice in the civil society, has written an open letter to Prime Minister Narendra Modi who also heads the country’s Department of Atomic Energy.

Subject:- Doubts about the safety of nuclear reactors to be supplied by EDF/Areva of France for Jaitapur nuclear power plant in Maharashtra- Appeal for caution

I am writing this letter to you as, under the Business Rules, the Dept of Atomic Energy (DAE) falls within the purview of the Prime Minister. Serious doubts have been expressed about the safety of the nuclear reactors being supplied else where by the French conglomerate EDF/Areava, the same group that will provide us reactors for the Jaitapur nuclear power project in Maharashtra.

I have enclosed here a news report dated 11-1-2019 in a Scottish News paper, The Ferret, with the headline, “More cracks found in Hunterston nuclear power reactors……… Pressure is mounting to keep two nuclear power reactors at Hunterston in North Ayrshire closed by the company that runs them, EDF Energy, said it had found more cracks and was again postponing plans to restart”

The nuclear reactors for Jaitapur in Maharashtra will be supplied by the same French group of companies, EDF/Areva, under an agreement you had signed with your French counterpart in January 2016.

The flaws in the design and the manufacture of the nuclear power reactors at Hunterston in North Ayrshire have come to public knowledge because the nuclear regulatory authorities in UK, France and other countries are not only professional but also independent of the nuclear establishment whose reactors they are required to inspect and regulate.

In the case of India, unfortunately, our own nuclear regulator, Atomic Energy Regulatory Board (AERB), however professional it may be, is subordinate to DAE whose reactors it is supposed to regulate. It is potentially unsafe for India to import the French nuclear reactors, not only in view of the serious safety concerns observed in the case of the nuclear power projects that EDF/Areva are setting up in Finland, UK, USA and other countries but also in view of the absence of an independent regulatory authority in India that could point out the potential dangers, as its counterparts in the other countries do.

Immediately, after the ghastly nuclear accident at Fukushima in Japan in 2011, in the heat of the moment, to convince the public, DAE brought in a Nuclear Regulatory Authority Bill in 2012, which was scrutinised by the concerned Parliamentary Standing Committee that made far reaching suggestions to improve upon it in line with the norms laid down by the International Atomic Energy Regulatory Agency (IAEA) and Comptroller & Auditor General of India. The UPA government failed to move forward for the next two years and so has the NDA government for the next five years. Apparently, the successive governments the people elect are insensitive to the welfare of the public and the potential harm that nuclear power projects can cause.

I enclose here a comprehensive article written by me, evaluating the independence of the regulators in USA, France, UK, Finland etc vis a vis AERB. The article is self-explanatory.

EDF/Areva’s nuclear reactors are potentially unsafe with AERB feeling helpless to point out the safety concerns. Also, reactor imports from France will be through highly non-transparent procedures, giving scope for public criticism and leading to high cost.

I refer to an article (“Jaitapur: A risky and expensive project“) authored by Suvrat Raju & M.V. Ramana which states as follows.

“In addition to the high costs, safety problems with the reactor design and construction have emerged in several EPRs. The most serious of these pertained to the pressure vessel, which is the key barrier that prevents the spread of radioactive materials from the reactor. In April 2015, the French nuclear safety regulator, Autorité Sûreté Nucléaire, announced that some sections of the pressure vessel that the French Creusot Forge had supplied to the Flamanville and Taishan reactors had too much carbon in the steel. The Flamanville project was also found to have substandard welding in the reactor’s pipes. The EPR at Olkiluoto in Finland encountered problems with vibrations in the pipe that connects the primary coolant system with the pressuriser, which maintains the pressure of the water circulating in the reactor”

As the Minister in charge of DAE and its activities, I believe that you should ask DAE to examine what others and I have stated above, including the concerns expressed by the nuclear regulatory authorities elsewhere and proceed as follows.

I feel that there is a great deal of public interest involved in this and the government owes an explanation to the public at large.