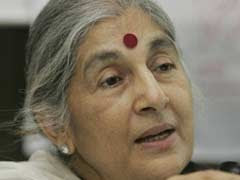 Subhashini Ali
(Subhashini Ali is former MP, former Member of the National Commission for Women and Vice President of the All India Democratic Women’s Association.)

Two recent incidents on the Delhi Metro and at a Delhi Metro station offer important lessons for women who confront insecurity, harassment and violation in spaces that are assumed to be safe for them.

About a month ago, a young woman displayed many kinds of courage in the course of one day of her working life. She was travelling in a general compartment in the Metro at a time when it was very crowded, and a certain amount of jostling and pushing is accepted as necessary. When she was finally able to reach near the train doors before getting down, she felt a strange pressure against the lower part of the body. At first she ignored it, but when she turned around, she found that a man behind her had actually opened the fly on his trousers and was pushing against her. Stupefied for a second, she rejected conventional wisdom that to do anything would invite further trouble, and accosted her abuser. Not a single person in the overcrowded compartment was in the least interested in her problem. This, however, did not deter her and when the train stopped, she ran after the man, grabbed him by the collar and dragged him to the police booth.

The personnel there then paid perfunctory attention to their duties and asked her if she wanted to lodge a complaint. They assumed that she would do what is ‘normal’ in such a situation – ask them to teach the fellow a lesson and let her off the hook. She did nothing of the sort and insisted that she wanted to file an FIR. The rest of her day was spent in dealing with all the wearying and humiliating formalities that this involves and she must have returned home exhausted, angry and anguished. Her last act of courage that day, however, was to write a clear factual account of what she had undergone.

The second incident occurred more recently when three young African students were attacked, beaten and abused by an ever-increasing, frenzied mob of commuters who claimed to be reacting to ‘someone’ saying that the Africans had misbehaved with a woman on the train. No one who had actually heard or seen this alleged misbehaviour has come forward to speak about this till today. What actually triggered this attack is still not known. What is a fact, however, is that the three students were chased by angry commuters as they got off the train. They tried to take shelter in a police assistance booth on the platform.  Those manning the booth stood around watching while the growing mob of violent young men beat the Africans with iron rods, belts and whatever else was handy, subjecting them to the worst and most obscene forms of abuse while a crowd of enthusiastic supporters egged them on with slogans of “Bharat Mata ki Jai”.

When the police finally intervened and rescued the three young Africans, those involved in attacking them and supporting the violence could be seen smirking and congratulating each other for having taken decisive action against those who dared to threaten the ‘honour’ of their sisters.

The men who travelled on the train in which the young woman was submitted to a horrific form of sexual abuse in full public view must have been little different from the men who inflicted violence on the three young Africans. Why were their reactions and responses so different? Is a woman’s ‘honour’ threatened only when her abuser belongs to a category that has been confirmed to be not only different but inimical to the men of her community? And, by inference, is sexual violence against her perfectly acceptable when her violater belongs to the same community? The issue becomes even more complex if the attack on her ‘honour’ by the hated ‘others’ has actually never even taken place but has only been concocted in order to justify physical violence against them.

And if such violence goes unpunished by those responsible for maintaining law and order,  will not new dimensions of ‘acceptable’ violence against women and various categories of ‘others’ be created?