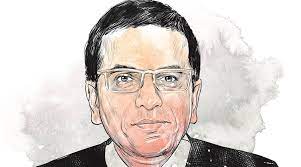 Earlier, the SC had announced a plan to set up a system for swift and secure electronic transmission of its rulings to jail authorities so that prisoners who have been granted relief are not left waiting.

Supreme Court judge Justice DY Chandrachud made the comment after Shahrukh Khan’s son Aryan Khan spent an extra day in jail, despite securing bail from the Bombay High Court in the drugs-on-cruise case.

Supreme Court judge Justice DY Chandrachud has termed the delay in communicating bail orders to prison authorities as a “very serious deficiency” and stressed the need to address it on “war footing” as it touches the “human liberty” of every under-trial prisoner.

Justice Chandrachud was speaking at an online event organised by the Allahabad High Court to inaugurate virtual courts and ‘e-Sewa kendras‘ to facilitate online legal assistance to litigants.

“A very serious deficiency in the criminal justice system is the delay in the communication of bail orders, which we need to address on war footing. Because this touches upon human liberty of every under-trial, or even a convict who has got suspension of sentence…,” he said.

Recently, Aryan Khan, son of Bollywood superstar Shahrukh Khan, spent an extra day inside the Arthur Road jail in Mumbai, despite securing bail from the Bombay High Court in the drugs-on-cruise case.

Prior to this, chief justice NV Ramana-led bench had expressed strong displeasure over reports of delay in implementation of bail orders and had said it would set up a “secure, credible and authentic channel” for transmission of orders. Even in the digital age, “we are still looking at the skies for the pigeons to communicate orders”, the bench had said.

The Supreme Court had then ordered the implementation of a project — Fast and Secure Transmission of Electronic Records (FASTER) — for faster communication and compliance of its orders and had asked all states and union territories to ensure internet facility, with adequate speed, in every jail.

Speaking at the event, Justice Chandrachud referred to one of the initiatives of the Orissa High Court which provides for the grant of “e-custody certificate” to every under-trial prisoner and convict who is undergoing sentence of imprisonment.

“That certificate will give us all the requisite data with regard to that particular under-trial or convict, right from initial remand to the subsequent progress of each case. This will also help us in ensuring that bail orders are communicated as soon as they are made, from the place they are communicated, to the jails for immediate implementation,” he said.

Justice Chandrachud also referred to the importance of virtual courts and said that they have been set up in 12 states for adjudicating traffic challans.

“Across the country 99.43 lakh cases have been completed. Fines have been collected for 18.35 lakh cases. Total fine collected is over 119 crores of rupees. About 98,000 violators chose to contest the case”, the judge said.

“Now you can imagine that for a common citizen who has a traffic challan, to spend a day away from daily wages and to go to court to pay for the traffic challan is not productive…,” he said.

Justice Chandrachud said that 2.,95 crore criminal cases are pending in district courts in the country and over 77 per cent cases are more than one year old.

“Many criminal cases are pending as the accused remain absconding for years. For example, the oldest sessions court case in Uttar Pradesh where the accused is absconding is sessions trial 64 of 1976 at Gorakhpur,” he said.

The major reasons for delay in disposal of criminal cases is the accused remains on the run, particularly after bail is granted, and secondly, due to non-appearance of official witnesses during the course of the criminal trial for recording evidence, he said.

“We can use information and communication technology here also. This is what we are working on presently in the e-committee of the Supreme Court”, Justice Chandrachud said.