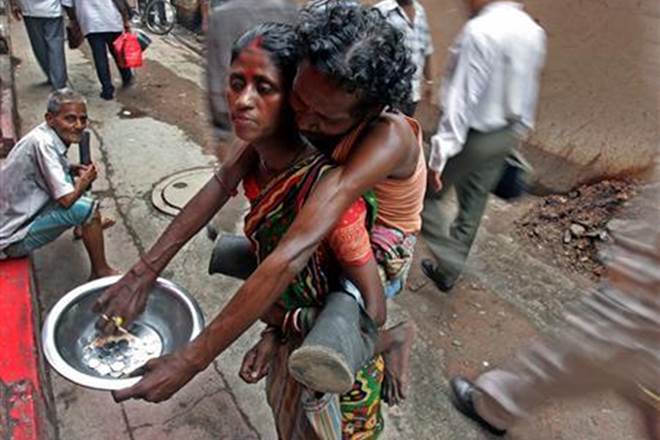 The Delhi high court on Wednesday decriminalised begging, striking down as “unconstitutional” the provisions which made it an offence. The court also said that criminalising begging violates the most fundamental rights of some of the most vulnerable people in society. The Delhi High Court in a landmark judgment on Wednesday struck down the Prevention of Beggars’ Act, 1959 that criminalises begging in the national capital.

A bench comprising Justice Gita Mittal and Justice C Hari Shankar pressed an order asking the Delhi government to bring in an alternative legislation to further prevent any incidents of forced begging.

Criminalising begging is a wrong approach to deal with the underlying causes of the problem, the Delhi High Court said on Wednesday as it quashed provisions in the law that made begging a punishable offence.

The act of begging in the national Capital was made a criminal offence after the Bombay Prevention of Begging Act, 1959, was extended to Delhi by a Central government amendment in 1960.

The law prescribes a penalty of three years of detention in beggar homes in case of first conviction for begging and the person can be ordered to be detained for 10 years in subsequent conviction.

In India, 20 States and two Union Territories have either enacted their own legislations or adopted the legislations enacted by other States.

“The State simply cannot fail to do its duty to provide a decent life to its citizens and add insult to injury by arresting, detaining and, if necessary, imprisoning persons who beg in search for essentials of bare survival,” a Bench of Acting Chief Justice Gita Mittal and Justice C. Hari Shankar noted.

The Bench declared 25 different sections of the Bombay Prevention of Begging Act as “unconstitutional” and struck them down. It said that the law does not make any distinction between types of begging: voluntary or involuntary.

The court, however, did not touch the provisions in the Act that deals with penalty for employing or causing persons to solicit or receive alms.

It also noted that the city government was always at liberty to bring in alternative legislation to curb any racket of forced begging after undertaking an empirical examination on the sociological and economic aspects of the matter.

The Central government had during the course of the hearing in November last year said that begging should not be a crime if it is done because of poverty. It, however, had sought to protect the provision in the law that allows police to arrest a beggar without a warrant.

The Centre had argued that it was necessary to detain a person in order to ascertain whether the person was begging out of poverty or has been forced into begging.

The Bench remarked that this explanation violated the rights of such persons accorded under Article 21 of the Constitution of India. It said that the act of lodging and detaining beggars in beggar homes was an exercise in “futility” and a wastage of public funds.

The court order came on two petitions filed by Harsh Mander and Karnika Sawhney, who had sough basic human and fundamental rights for beggars in Delhi, and for decriminalising of begging in the city.

In the past, the Delhi High Court had pulled up the centre after it had failed to amend the law that criminalized begging, and rehabilitate the beggars.

The bench said that the provisions treat begging as an offence are unconstitutional and must be struck down.

Earlier, the Centre told the Delhi HC that begging should not be a crime if it is done due to poverty.

The Centre’s stand came on two PILs seeking basic human and fundamental rights for beggars in the national capital and for decriminalising begging.

Senior advocate Colin Gonsalves, appearing for one of the petitioners, had earlier said that thousands of poor persons were detained due to operation of the Bombay Prevention of Begging Act, which provides drastic sentences.

The law prescribes a penalty of more than three years of jail in case of first conviction for begging and the person can be ordered to be detained for 10 years in subsequent conviction, he had said.

PRESS RELEASE- Fact Finding on six cases of encounters in Gadchiroli, Maharashtra #mustread
Leaking ceiling, wet floors, filthy toilets: This is how accused in Elgaar Parishad case are lodged
India - The Two-Child Policy will not lead to development
India - Love As A Tool Of War #LoveJihad