Delhi horror- Gangraped By 5 Men, Mother Of Two ‘Jumps Off’ The First Floor 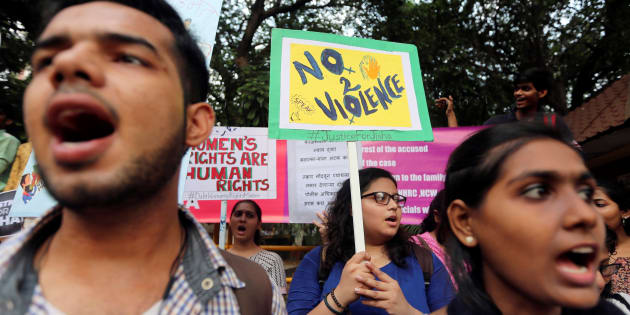 A woman jumped off the first floor balcony of an apartment in Delhi’s Pandav Nagar to escape 5 men, who had allegedly raped her through the night of Saturday, 11 March. She managed to flee in the early hours of Sunday, when one of the accused opened the door to the balcony of the room she was allegedly locked in.

According to reports, the 28-year-old (Hindustan Times reported her age as 30) is divorced and a mother of two, living in Munirka in south Delhi and working part-time. In her statement to the police, she claimed she was contacted by Vikas, one of the accused, at 11 pm on Saturday, and invited to a party thrown by one of his friends. After he picked her up and brought her to the venue, she was allegedly forced to drink alcohol and locked in a room, where five men, three of whom are employed in the BPO sector, took turns to rape her.

For their part, the men claim that she was brought over for “paid sex” to a Holi party for the sum of ₹5,000. According to their version, a dispute over the promised sum of money provoked the woman to jump off the balcony. Any form of sexual activity without consent, no matter what the circumstances, is rape under the law and is a punishable criminal offence.

After the police was informed of her ordeal by the public, the woman was taken to a hospital for treatment for her injuries as well as medical examination, which confirmed sexual assault. A gangrape case under IPC 376D has been registered on the basis of her statement. The police have also arrested the five men, all of whom are in their 20s.