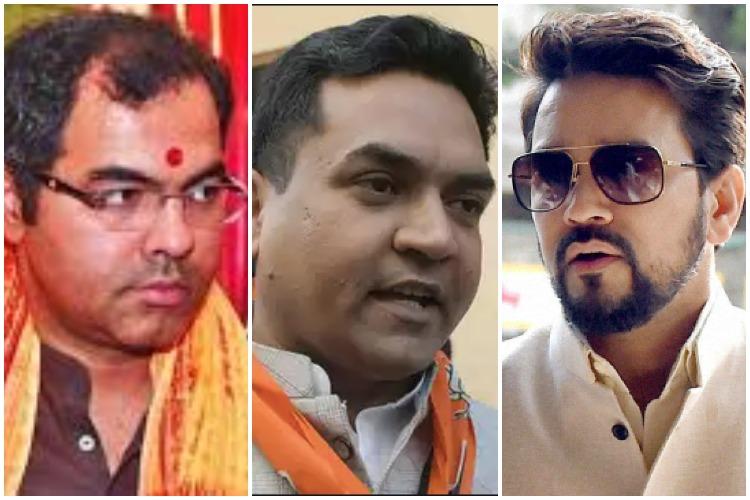 The court has also asked the Solicitor General for his advice on whether 3 BJP leaders – Kapil Mishra, Anurag Thakur, and Parvesh Verma – can be booked for hate speech.

The provocative speech made by BJP leader Kapil Mishra, which is alleged to be one of the things that triggered the riots in Delhi, was played in the Delhi High Court on Wednesday morning. A bench of justices S Muralidhar and Talwant Singh was hearing a plea seeking lodging of FIRs and arrests of those involved in the ongoing communal violence in parts of northeast Delhi over the Citizenship (Amendment) Act. On Wednesday, the court asked Solicitor General Tushar Mehta to advise the police commissioner on lodging of FIRs relating to alleged hate speeches by three BJP leaders – Kapil Mishra, Anurag Thakur, and Parvesh Verma.

The court asked Mehta and Deputy Commissioner of Police (crime branch) if they have seen the video clip of BJP leader Kapil Mishra making alleged hate speech. According to Livelaw, the police officer said that he had watched two videos, but not the one of Kapil Mishra’s speech.

The judge then pulled up the police, and said that this was concerning. “There are so many TVs in your office, how can a police officer say that he hasn’t watched the videos? I’m really appalled by the state of affairs of Delhi Police,” he reportedly said.

On 23 February, Kapil Mishra had said in a video, that he himself tweeted, “We will be peaceful till Donald Trump leaves. After that, we won’t even listen to you if the roads are not cleared. We will have to hit the streets.” He was addressing a crowd and also a police officer standing next to him.

Though his tweet was removed by Twitter, in the next two days, Kapil Mishra retweeted scores of tweets that praised him for his incendiary speech.

Ahead of the Delhi elections this month, Anurag Thakur – who is the junior Minister for Finance – led a chanting of a hate slogan at a rally, “Desh ke gaddaron ko, Goli maaro saalon ko” – which translates to “Shoot the bastards, the traitors of the country.”

BJP MP Parvesh Verma had meanwhile made a hate speech, also ahead of the Delhi elections, about Shaheen Bagh protesters. “Lakhs of people gather there [Shaheen Bagh]. People of Delhi will have to think and take a decision. They will enter your houses, rape your sisters and daughters, kill them. Parvesh Verma added, There’s time today, Modi ji and Amit Shah won’t come to save you tomorrow,” he had said in an interview to ANI.

The court, earlier on Wednesday, agreed to hear the plea and also directed a senior Delhi Police official to be present during the hearing. The court had then said that the police do not need its direction to take action in relation to the violence and police should take suo motu action as “this is very important”.

The matter was mentioned for urgent hearing before Justice Muralidhar’s bench by senior advocate Colin Gonsalves, appearing for human rights activist Harsh Mander, as the bench headed by Chief Justice DN Patel before whom the matter was listed was not holding court on Wednesday.

The hearing will continue at 2.30 pm.

A CIA Drone Analyst Apologizes to the People of Afghanistan
Annie Zaidi: The artists who took a stand
‘They were out for Dalit blood, he became their victim’: Murdered TN man’s sister speaks out
India did not stockpile COVID protective equipment for health workers despite clear WHO guidelines