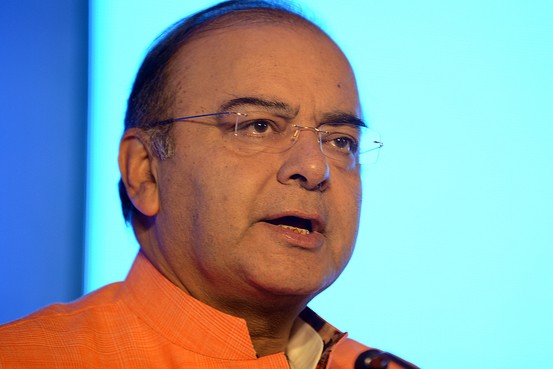 The family of a young woman who was raped and murdered on a bus in New Delhi in 2012–an attack that transfixed the world with its brutality–called for India’s finance minister to resign on Friday, a day after he described the assault as “one small incident of rape.”

“How insensitive and irresponsible can he be?” the father of the 23-year-old woman said in an interview with India Real Time. “If you can’t do much to make us feel better, please don’t hurt us,” he said. “We want nothing less than a resignation.”

Finance Minister Arun Jaitley made the controversial comment a day earlier, on Thursday, while speaking before a packed hall at a state-run tourism event. “One small incident of rape in Delhi advertised world over is enough to cost us billions of dollars in terms of global tourism,” he told the crowd.

The late-2012 rape case led to a profound self-examination of the treatment of women in India and prompted nationwide protests calling for stronger laws and more appropriate punishment when it comes to women’s safety. Mr. Jaitley’s Bharatiya Janta Party, which now leads the national government, campaigned on safeguarding women and their rights during national elections earlier this year that the BJP dominated.

On Friday, in a television interview, Mr. Jaitley addressed the controversy. “I regret that some word that I used was construed as insensitive,” the 61-year-old minister told news channel NDTV. “That was never my intention.”

Nalin Kohli, a spokesman for the BJP, told India Real Time that Mr. Jaitley has “expressed his regrets,” adding that “his context was limited in terms of the impact [of the assault] and it was not in any sense to remove focus from the sensitivity of the case.”

Mr. Jaitley’s comments caused an outcry on social media, with the term “#BigMinisterSmallRape” ranking among the top trending topics on the microblogging site Twitter in India. A transcript of Mr. Jaitley’s speech, posted online by the Tourism Ministry shortly after the event, omitted the word “small” from his remarks, causing further outcry. The transcript was later taken down.

The mother of the young woman who died after the attack said on national television that Indian politicians used her daughter’s tragedy “for political purposes” when running for office, but “now that they are in power, they call it small.”

Violence against women has hurt India’s reputation as a tourist-friendly destination, travel agents say, making travelers wary of visiting. International tourist arrivals to India last year grew at their slowest pace since the 2008 global economic downturn, rising just 3%, compared with a year earlier. That compares with a nearly 6% rise in arrivals in 2012 and a more than 9% jump in 2011