Do you relish a cup of tea when you wake up in the morning? Did you know that the tea you are drinking could be produced by workers who suffer exploitative conditions?

In Assam, the world’s largest tea growing region, there are nearly 1 million tea plantation workers and their families who depend on a meagre cash wage of 126 Rupees a day, that is less than 2 British pounds and lower than the minimum wage mandated by law. In addition, they live in appalling conditions with poor access to basic services like water, health and sanitation, which expose them to malnutrition, disease, and preventable deaths. These conditions are common across most tea plantations in Assam, and result in the region holding India’s highest maternal mortality rate and one of the highest rates of infant mortality.

Tea workers in Assam mostly belong to adivasi or indigenous communities forcibly brought from central India over 150 years ago under British rule. Ever since, workers have been entrapped in a cycle of servitude for generations, depending on their employer for almost every aspect of their lives.

You can help to break this cycle!

In 2009, through a US$7.8 million investment by the World Bank Group, Tata – a multinational corporation which owns the Tetley brand – created Amalgamated Plantations Private Limited (or APPL). Over 155,000 tea workers live and work on APPL’s 25 tea plantations in the North-East of India. Tata and the World Bank Group planned to empower tea workers by improving their living and working conditions, and providing them with ownership of the company. In theory, if workers became shareholders of APPL, they would gain decision-making power, increase their earnings, and lift themselves out of poverty.

Unfortunately, this plan has failed, according to a report released in November 2016 by the World Bank Group’s accountability watchdog, known as the “CAO” (Compliance Advisor Ombudsman). Following an investigation process started in 2013, the report found that living and working conditions continue to be sub-standard on APPL plantations, that wages on the plantations do not protect the health of workers, and that APPL workers were not given proper information about the risks of share ownership and their rights as shareholders.

The World Bank Group was supposed to create an action plan that would directly, and in a timely fashion, address the CAO’s findings. Unfortunately, its response is very limited in scope. It largely mirrors an action plan, called “Project Unnati”, agreed upon by Tata Global Beverages and APPL in 2014, which has failed to bring meaningful and timely improvements to the lives of workers. Most importantly, the plan does not address the root causes of workers’ poverty.

Today, the workers need your support to carry their voices to those in power. Raise your voice to demand accountabiliTEA for workers in Assam and end exploitation on Assam’s tea plantations! 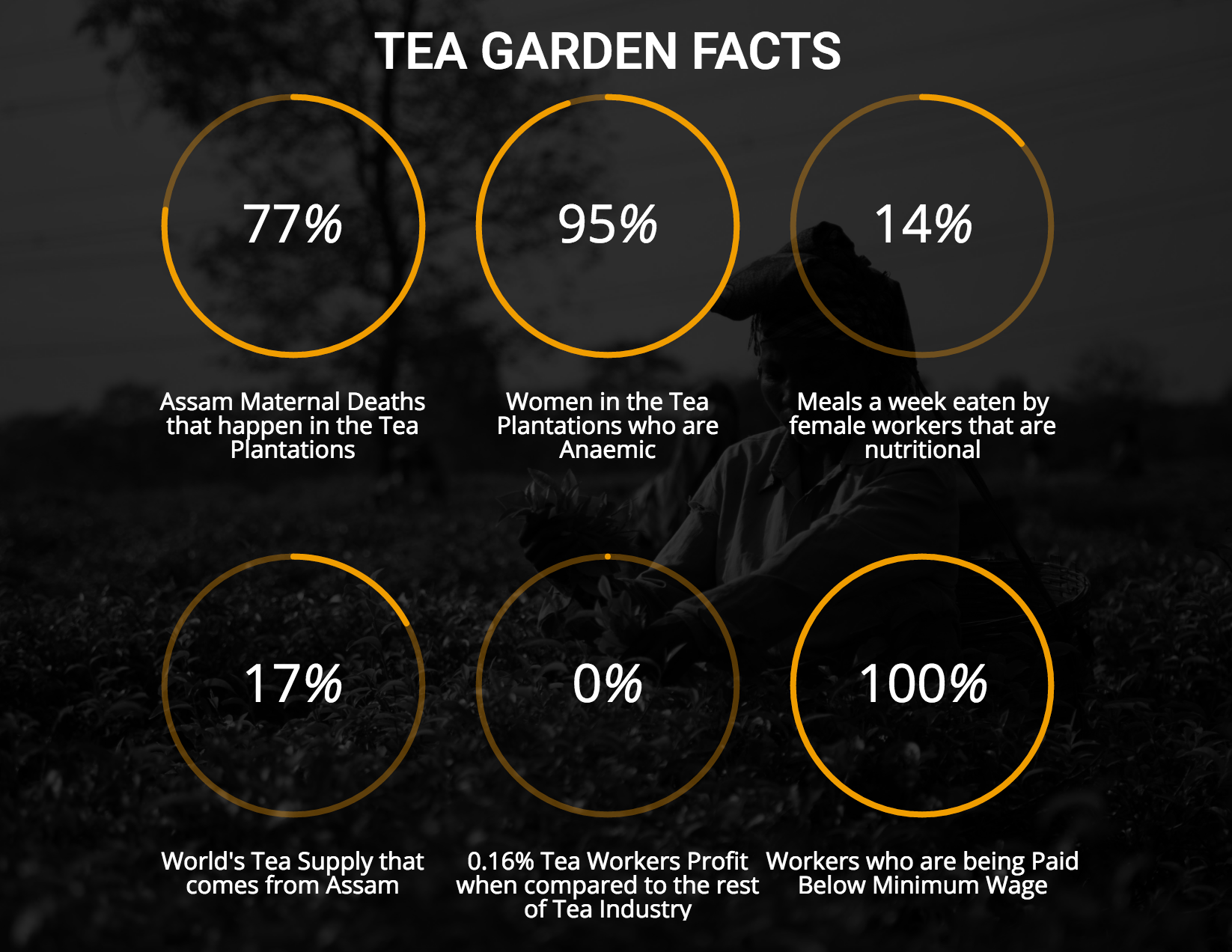 Bring digniTEA to those who bring you tea

Tea workers in Assam depend on the tea industry as their sole source of livelihood. Don’t abandon them by boycotting Assam tea. Instead, continue to proudly drink Assam tea but use your voice to demand change. Amalgamated Plantations Private Limited (APPL) is owned by the Tata Group and the World Bank. We urge you to reach out to them to demand living wages, decent housing, adequate health care and better education for workers.

Show your support by signing this Care2 petition

Vedanta-Mining Company's PR Campaign Backfires in India #FakingHappiness
#India- Court issues order on right of pregnant prisoners to access MTP #womenrights #reproductive...
Death sentence for freedom in Egypt
If there is terror, it has to be a Muslim. If he is a Muslim, he has to be from the IM #minorityrigh...