#Demonetisation – After Spending 15 Days In Bank Queues To Withdraw Her Own Money, Finally She Stabbed Herself Inside A Bank

A BA student tried to commit suicide at a bank in Uttar Pradesh‘s Etawah district on Tuesday after she failed to withdraw money from her account. Girja, 23, stabbed herself at a State Bank of India branch after bank officials told her that her KYC documents were incomplete. She was rushed to a primary health centre. Police said that Girja had been making rounds of the bank from the last 15 days to withdraw Rs 2,000 for purchasing medicines for her chronic illness. “Every time her number came, the bank employees refused to give her money by saying that her KYC documents were incomplete. When she asked for KYC form, they would plead helplessness saying that they didn’t have it,” station officer Bharthana Sunil Kumar Singh said. 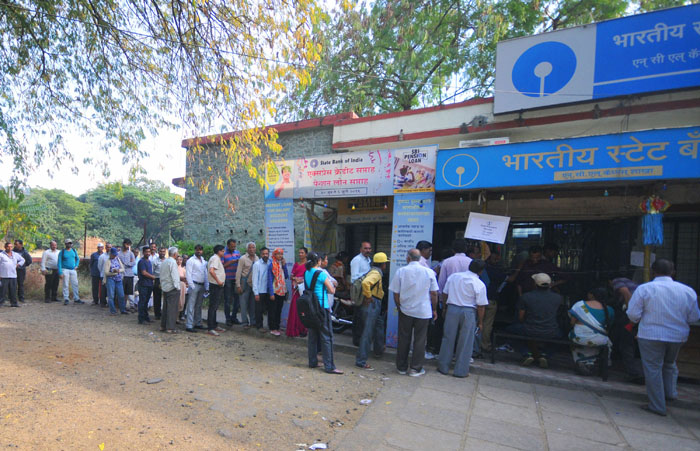 On Tuesday, when she was again told by the bankers that she should first complete her KYC formalities, she took out a knife from her bag and injured herself in front of other customers. The bank manager told the police that usually forms are available with the bank. But with noteban, a large number of KYC forms were distributed, leading to a shortage.

Originally Published in the Times Of India