Demonetisation May Lead To At Least 400,000 Job Cuts Across Various Sectors 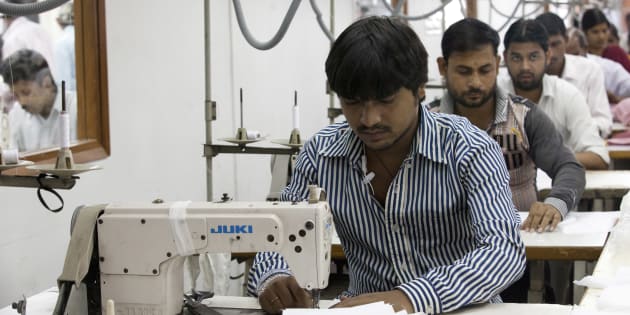 A month has passed since the government made the demonetisation announcement, and banks and ATMs are still running dry. There are long queues in front of ATMs and people are struggling to get cash out of their accounts. One would have thought that things would get better with time, but if reports are to be believed, things will only take a turn for the worse. India’s growth rate my decrease by 1 percent and that could lead to 4,00,000 job cuts.

While sectors like real estate, construction and infrastructure are likely to be affected, reports suggest that the e-commerce sector will be hit the worst.

The Hindustan Times quoted Rituparna Chakraborty, co-founder at staffing firm Teamlease Services, as saying, “Cash on delivery being almost 70% of the overall e-commerce business, the sector is likely to take a hit and lose almost 20% of their headcount in the next few months. Companies manufacturing and selling luxury goods would also be immediately impacted.”

Loss of jobs and lower productions levels are already being reported from across the country with daily wage labourers being affected the most.

In Mumbai’s Malad, shops that make raw materials for imitation jewellery sold in trains or small shops, things are looking bleak. Customers usually pay for these products in cash.

The Indian Express quoted Jitendra Janani, manufacturer, and secretary, raw material of imitation jewellery association (RICA) as saying, “Since our products are not essential goods, we don’t have many takers. Our production has been reduced. Our factory functions only on alternate days now. Our workers have been with us for long and we can’t just take away their livelihood, but may be forced to.”

The garment and textile industry are also likely to be hit. The Hindustan Times quotesrating firm ICRA as saying, “While on one hand, slow sales increase the possibility of stock returns to manufacturers or affect the order book for the next year due to unsold inventory; on the other, slow sales and consequent liquidity pressures on retailers can result in stretched payments to manufacturers.”

Meanwhile Vinod Boracha, an ethnic wear manufacturer in Mumbai tells The Indian Express, “Once business slowed down, we told our workers the situation would take a few months to normalise. Out of my 20-25 staff, only three to four remained, while the rest went back to their villages.

Murder most Foul - Artist Hema Upadhyay killed for Rs 5 lakh dues ? #WTFnews
Captains Courageous, like Tendulkar, vs Rihanna
One year of Bhima-Koregaon case: One FIR, many arrests and politics of a State at war with the peopl...
SIT, which gave Modi a clean chit, itself behaved like a conspirator