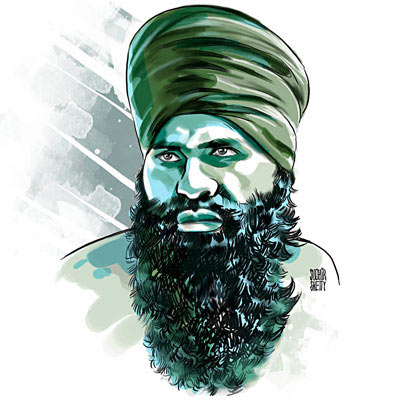 1993 Delhi blast convict Devinderpal Singh Bhullar‘s wife today approached the Supreme Court seeking stay on execution of his death sentence till her review plea against its verdict is decided.

She submitted in her plea that she has filed a review petition against the Supreme Court verdict of April 12 in which the court had rejected her petition to commute his death sentence to life imprisonment on ground of delay on the part of the government in deciding his mercy plea.

He had filed a review petition which was also dismissed on December 17, 2002. Bhullar had then moved a curative petition which too had been rejected by the apex court on March 12, 2003.

Bhullar, meanwhile, had filed a mercy petition before the President on January 14, 2003. The President, after a lapse of over eight years, dismissed his mercy plea on May 25, 2011.

Citing his delay, he had again moved the apex court for commutation of the death sentence but his plea was rejected.

The apex court had on May one commuted the death sentence awarded to murder convict M N Das, whose mercy petition was rejected by then President Pratibha Patil.