Did the Maharashtra government shoot the messenger? 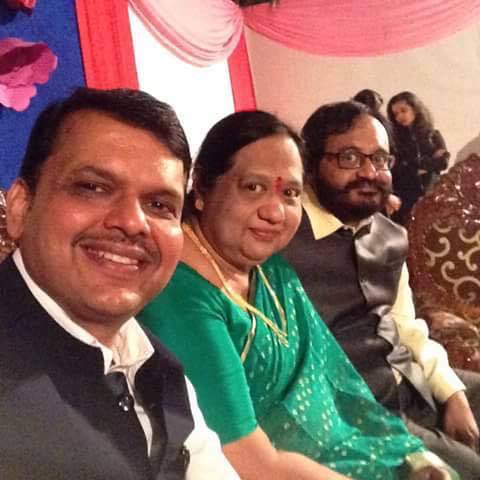 The Right to Information application was filed by Jeetendra Ghadge on September 29. He had sought information about meetings, reports, opinion and objections of the subcommittee which was formed to study the bullet train project under the chairmanship of the chief minister. Other members of the committee include Chandrakant Patil, minister of revenue, relief and rehabilitation and public works, Vinod Tawde, minister for education and Diwakar Raote, minister for transport.

In the RTI query, Ghadge has asked the PIO to provide a copy of documents (reports, opinions, objections) related to the Ahmedabad-Mumbai bullet train project, if the concerned subcommittee had submitted the same. In case the committee had not filed its response in the matter, the RTI activist requested that he be provided with reasons recorded for the delay. “If the committee has not given the report/opinions/objections, kindly give the reason recorded for the delay,” the RTI query states. Ghadge also sought the dates on which the subcommittee had conducted meetings to discuss the project.

In response to Ghadge’s query, PIO Patil sent a reply stating: “We have received the RTI query made by you on October 10, 2018, in which you have enquired about the meetings conducted by the subcommittee which was formed as per circular no RLY 2014/31. In regard to this, we would like to inform that not a single meeting of the subcommittee has been held till date in connection to this.”

The story also mentions the February 2017 circular issued by Maharashtra’s Home Department noting the formation of the subcommittee, headed by Fadnavis. According to the circular, the committee was formed in order to conduct the in-depth study of the bullet train project. “More than six months later, on September 12, 2017, the Home Department issued another circular approving the project. However, an RTI query has now revealed that the subcommittee has not held a single meeting to date, let alone conducting an in-depth study,” the story stated.

After the story got published in Firstpost, the Maharashtra government claimed that the subcommittee had conducted meetings and termed the RTI reply as incorrect. Subsequently, the Home Department suspended Patil and ordered an inquiry against him.

While the Maharashtra government has termed the RTI reply as incorrect, Raote, one of the members of the subcommittee, had told Firstpost that he had not attended any of the subcommittee meetings. In the Firstpost story, Raote has been quoted as saying, “I don’t know what this committee is and do not recall attending anything related to it.”

Being a member of the subcommittee member, Raote’s statement that had never attended any meeting related to the bullet train shows that RTI information provided by Patil wasn’t wrong.

Newslaundry also contacted Raote for comments. The state transport minister denied making any statements to Firstpost. He said, “The Chief Minister has already made a statement in connection with bullet train and when the chief minister has already announced I am no one to make any statement. I have never made any kind of statement to anyone and I stick by it. I am a Shiv Sainik and I am not afraid of anything. If I would have made such statement I would have accepted it.”

Newslaundry has accessed the audio call between Raote and independent journalist Parth MN, who authored the Firstpost report. In the audio, Raote can be heard speaking about not attending any meeting of the subcommittee.

Newslaundry also contacted PIO Sarang Patil for comments. However, he declined to comment on anything related to the issue.

Speaking to Newslaundry, RTI activist Jeetendra Ghadge expressed shock at Patil’s suspension. “I couldn’t believe my ears when I heard about the suspension of information officer Sarang Patil. As far as I know, he has provided me with the information which was available in the file. In my personal capacity, I have gone through the file in detail but didn’t get any information of subcommittee meetings. There was not a single report, correspondence or minutes of the meetings conducted by the subcommittee.”

Ghadge also added that since it was a formal committee, formed after the issuance of a circular, everything must be on the record. He said, “But there nothing was there in the file. The Chief Minister’s Office is not only misleading by not revealing the dates of the meetings but they have also termed the RTI reply as incorrect. This is just ridiculous.” Ghadge hopes that Patil’s suspension is revoked.

Speaking about Patil’s suspension, Parth MN said, “It’s shameful of Fadnavis govt to make a scapegoat of an information officer. This is a classic case of shooting the messenger. The transport minister and member of the subcommittee said he has no clue what happened with the subcommittee. Will Fadnavis take action against him too?” By suspending Patil, Parth MN said, Fadnavis has sent a message to other officers. “Now, they will think twice before providing documents that can potentially land the state in trouble. It essentially defies the purpose of RTI.”