Did the scenario of a working-class woman drinking with a male acquaintance, younger in age, influence the mind of the court? #Vaw 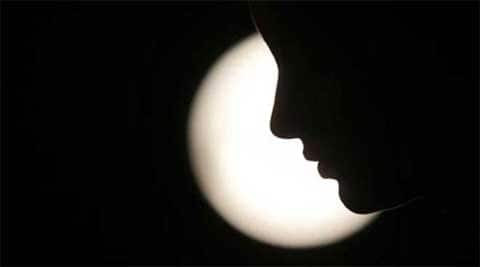 Did the scenario of a working-class woman drinking with a male acquaintance, younger in age, influence the mind of the court?

In a recent judgment in Achey Lal vs State Govt of NCT Delhi, the Delhi High Court on October 30 set aside the conviction of the appellant for rape and murder. What has provoked discussion are the observations, inferences and conclusions of the court.

Briefly, the facts as reported in the judgment are: on December 31 2010, a house maid, aged about 65-70 years, was found dead, with her clothes disheveled to expose her body. The accused, Achey Lal, 45 years old, was present in the room in an intoxicated condition. The husband of the deceased deposed that the accused had come at 8 am that day to his house with a quarter bottle of alcohol and when it finished, the husband left, while the accused stayed on with his deceased wife. The cause of death, according to the doctor who conducted the post mortem, “was asphyxia due to aspiration of gastric contents consequent upon forceful sexual intercourse, which was sufficient to cause death in the ordinary course of nature”. During cross-examination, the doctor specifically denied that the deceased woman could have choked to death due to some self-natural occurrence triggered by sleeping in a position that the food contents entered her bronchiole. Nor could this be a result of overeating.

To determine whether the sexual intercourse was against the will of the deceased woman, the court turned to the medical evidence in the post-mortem report. The most controversial aspect of this verdict is the distinction drawn by the judge between “forceful sexual intercourse” and “forcible sexual intercourse” to infer the presence or absence of consent on part of the deceased woman. It is important, therefore, to detail the medical evidence and opinion. The post-mortem report enumerates the injuries on the body of the deceased woman as “noticed ante-mortem injuries in the form of reddish abrasion 1 x 0.5 cm on the anterior aspect of vagina just about the clitoris and multiple reddish bruises seen in and around the vaginal orifices, on inner mucosa with mild bleeding.” The doctor opined that “the injuries were ante mortem in nature and recent in duration. The injuries present in and around the vagina indicated sexual assault/ intercourse before death”. On internal examination, the doctor found the brain and neck tracheal mucosa congested, and the trachea had gastric content that had reached upto secondary bronchiole of both lungs. During cross-examination, the doctor categorically reiterated that the forceful sexual intercourse had caused the aspiration of food (gastric contents) present in the trachea to reach and congest both the lungs.

Thus the clear and unrefuted medical findings and opinion confirm that the sexual intercourse was so severe as to cause injuries and bleeding on the genitalia of the deceased woman and the force used so strong that it caused the food to be pushed into her lungs, choke her and suffocate her to death. In the face of this overwhelming medical evidence, the judgment concludes that such sexual intercourse was not contrary to her wishes, because there are no injuries on other parts of the body of the deceased woman or the accused, “to show that there was any protest by the deceased”. This judicial inference is a callous throwback to the Mathura judgment, where the Supreme Court had held that, “no marks of injury were found on the person of the girl after the incident and their absence goes a long way to indicate that the alleged intercourse was a peaceful affair”. This had sparked nationwide protests and reforms to the anti-rape penal provisions in 1983.

In formulating the category of forceful penetration as distinct from forcible penetration, with only the latter constituting the offence of rape, the judgment has misinterpreted the law and misconstrued evidence. It is not just erroneous but has perilous implications. First, it is contrary to law, as it seeks to subsume a high degree of physical force within the realm of consent, thereby raising the bar of what would constitute absence of consent to a sexual act. Second, proof of lack of consent in the form of visible physical injuries, bruises, scars, not just in the genitalia region but all over the body of the victim to demonstrate active resistance and protest sets a threshold even more regressive than the Mathura case. To avert precisely such a miscarriage of justice, the Criminal Law (Amendment) Act 2013 introduced an explanation that defined “consent” as an unequivocal, voluntary agreement to a specific sexual act. The proviso further clarifies that absence of physical resistance shall not be read as consent. This statutory guidance has been ignored by the court.

Studies have repeatedly cautioned against over-emphasising the relevance or significance of injuries in cases of sexual violence. WHO research shows that bodily injuries are present in only one-third of rape victims. The most troubling question, then, is why the court reads consent into sexual intercourse so violent that it kills the woman. Also, it is an admitted fact that the accused was present in the room when her dead body was discovered, a few hours after the husband had left.

The answer can perhaps be gleaned from some other facts mentioned in the judgment. The repeated reference to the deceased woman having consumed alcohol, premised on the post-mortem report that records the smell of alcohol in body fluids, seems to have persuaded the court to view the deceased not as a victim but an accomplice. Did the scenario of a working-class woman drinking with a male acquaintance, younger in age, influence the mind of the court? The judgment specifically states that the deceased woman was aged 65-70 years and hence menopausal. The mention of menopause without any further elaboration appears puzzling at first glance. However, a careful reading suggests that perhaps the reason the court attaches no significance to the injuries on the vaginal orifice is precisely because the same are treated as an effect of the menopausal condition, rather than non-consensual sex.

Holding the sexual intercourse to be consensual, the court then proceeds to acquit the accused of the charge of murder, stating that he could not have had either the intention or knowledge that such a forceful act of sex could lead to the death of the woman. The deceased woman’s biology, physiology and sociology all coalesce to condemn her not just as an accomplice, but also responsible for her own death.

Undeniably, in each case of rape, the crime must be proved beyond reasonable doubt. However, despite legal amendments and a robust public debate, the issue of consent and the conduct of the victim continue to haunt rape cases. This judgment once again compels us to confront the unfinished task of dislodging the myths and prejudices surrounding sexual violence.