Disability Activist Javed Abidi dies at 53: what he meant for 8 Cr Indians #RIP

The disabilities rights activist passed away on 4TH March, succumbing to a chest infection that he was suffering from over the past week. He is survived by his mother and two siblings.

I had met Javed Abidi for the first time in October last year. SocialStory was planning a month-long campaign on Inclusion and Accessibility, and Abidi’s inputs were crucial for getting our groundwork right.

Waiting at the office of National Centre for Promotion of Employment for Disabled People (NCPEDP) in New Delhi, I distinctly remember the moment he entered the hallway in his wheelchair. After finishing up with some immediate matters at hand, he greeted me into his cabin, and was very encouraging towards the idea of running a focused campaign on the rights of persons with disability.

His enthusiasm was contagious. Handing me the copies of different documents, such as the Persons With Disabilities Act 1995, The Rights of Persons With Disabilities (RPWD) Act 2016, and its guidelines, and The National Building Code of India 2016, Abidi explained the importance of each. He never mentioned how, through his activism and advocacy, he was involved in each of these hard fought victories for a sizable Indian population.

Born in Aligarh, Uttar Pradesh, Abidi studied in the US and moved to India at the age of 24 to pursue a career in journalism. A wheelchair user since the age of 15, he soon got involved in disability awareness. In 1993, Abidi created the Rajiv Gandhi Foundation‘s Disabilities Unit. Since 1997, Abidi has been serving as Director of NCPEDP, created by The Rajiv Gandhi Foundation.

In 1994, Abidi joined a small advocate group called the Disability Rights Group, a movement that soon gained much momentum. On December 19, 1995, Abidi led a protest before the Parliament, which led to the passing of the Persons With Disabilities Act three days later.

Over the past two-and-a-half decades, Abidi led many pathbreaking initiatives in disability rights advocacy. These include inclusion of disability as a separate category in the national census, making polling booths accessible, and setting up of a separate Department of Disability Affairs. In 2007, Abidi’s activism led to India signing the Convention on the Rights of Persons with Disabilities (CRPD), an international treaty that recognises the rights of persons with disabilities. Most recently, Abidi shaped the movement that led to the formation of India’s new disability rights law, the RPWD Act, 2016.

He was one of the pioneers in creating a cross-disability movement in India, encouraging people with different disabilities to work on common and collective solutions. As the director of NCPEDP, Abidi worked with companies like Apple, Oracle, Cisco, IBM, Microsoft, among others, to create greater work opportunities for disabled individuals. He also worked closely on accessibility for the disabled, helping to make workplaces and public spaces accessible for persons with disabilities.

End of an era

I remember asking him how we, as media, can create the maximum impact to raise awareness around accessibility for the disabled. He replied, albeit jokingly, by saying we must get a few under-construction buildings – which are inaccessible by design – demolished. “Or a stay order on them will also shake the system. They are anyway illegal by law,” he had quickly added.

The fearless activist passed away on Sunday, succumbing to a chest infection, which he was suffering from over the past week. “Javed was having breathing problem for the past few weeks due to smog and bad weather. He got a chest infection four-five days ago,” his friend told IANS.

He is survived by his mother and two siblings. His sister, Sheeba Abidi, wrote, “All I can say is that my brother went away just as he wanted. Quickly and peacefully.” She added,

[He] wanted to go doing what he loved best. He was super excited about getting the new law translated into regional languages and workshops conducted on awareness about the new law… worrying about Aadhaar for disabled, people with leprosy and other marginalised disabilities and many other initiatives that his friends and colleagues from the sector know much better about. He was a fighter. A survivor.

The Internet was flooded with obituaries on Javed Abidi – 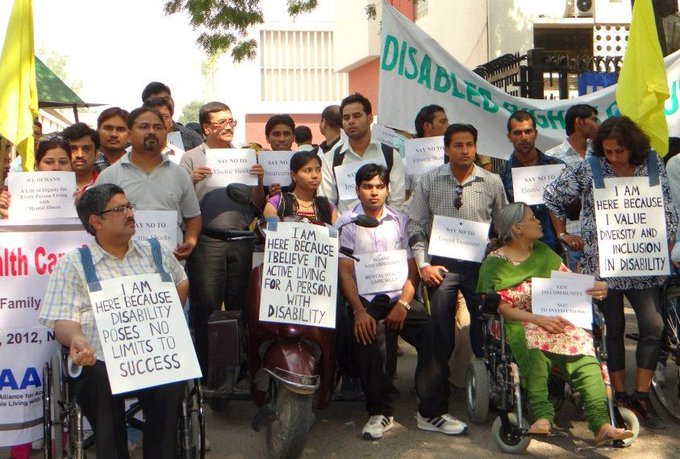 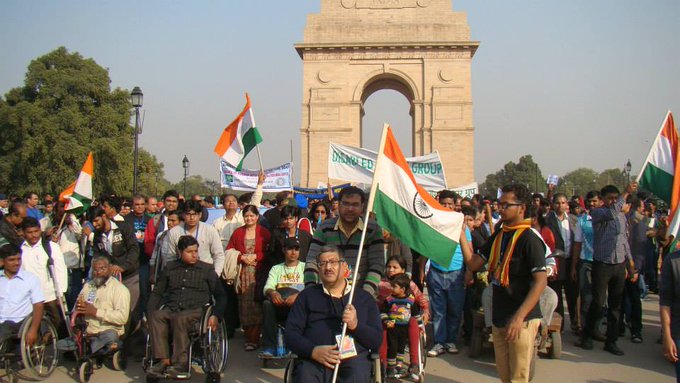 @javed_abidi, a revolution. The disability movement has lost a courageous leader & a firebrand activist today. He said that advocacy leads to changes, impact of some of which we might not witness in our lifetime but would transform lives of so many who come after us @narendramodi

RIP Javed Abidi – A big thanks for giving visibility and hope to India’s disabled..

Unlike the developed world, a majority of India’s disabled population are made further vulnerable by lack of quality education, lack of women’s safety, social ostracisation, and lack of support. As a sizeable chunk of the population of India, they  continue to grapple with the challenges of access, acceptance, and inclusion.