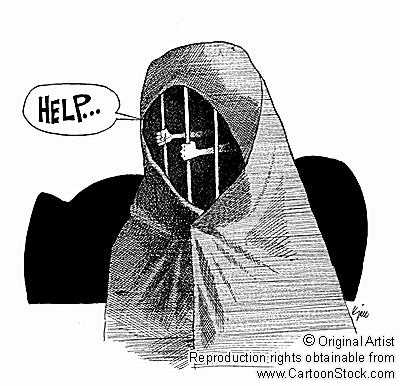 IN an era of growing migration, hardening policies towards immigration and transnational marriages, opportunities to exploit women with impunity have grown rapidly. The Casey Review 2016 commissioned by the British parliament to improve integration of ethnic minority groups in Britain found that the dependent immigration status of ethnic minority women made them more susceptible to domestic abuse and also more reluctant to report it. The report noted the vast number of British Asian men who marry women from Pakistan so that there is a “first generation in every generation”.

Amongst minority communities Pakistanis and Bangladeshis are further isolated from modern British society, preferring to follow restrictive interpretations of religious and culture. There is widespread family pressure on British Asian men to marry wives from Pakistan. The expectation from the wife is to serve the extended family, care for elderly parents and put up with abuse. Their situation is exacerbated because of lack of financial resources, inability to speak English and social isolation. In almost all cases known to the author, the dependent immigration status of the wife is used to keep her silent. Where there are children, Pakistani national wives are told that they will be deported given their lack of settled immigration status while their children remain in Britain.

In one case, a wife after being subjected to violence over a number of years fled to the police who sent her to a detention centre from where she was finally deported. Although immigration rules allow a spouse who is a victim of domestic violence to make an application for indefinite leave to remain in the UK if she is able to prove domestic violence, in the overwhelming majority of cases, victims who are supposed to benefit from this rule are not informed about it or are too afraid to report.

Numerous cases of mothers being abandoned in Pakistan have come before the high courts in England and children who are resident in Britain are made wards of the court. In almost all cases the wives are taken to Pakistan ostensibly for a holiday and once there, their husbands remove their passports and return to England. In some cases the children are abandoned along with their mothers but in most cases they are separated. Family courts have often been moved by the plight of mothers and children who have been separated for years, in some cases, permanently. But it is an arduous task for mothers to obtain visas to return to England to be reunited with their children.

Numerous cases of mothers being abandoned in Pakistan have come before the high courts in England.

Amina was abandoned in Pakistan while her young daughter remained in England. She was drawing imaginary pictures of her mother who she did not know was alive. Tasleem has five children in England who are living without her. She was unable to obtain a visa to return. Rubina lived in a homeless shelter for five years while her four children were in England. Many such mothers are left in impecunious circumstances. They leave their dowry items including jewellery behind in England only to realise they will never be able to return home. Those who manage to obtain specialist legal advice promptly find a pathway to return. Others continue to wait hoping for a reconciliation or simply do not know what recourse they can take.

These cases are not just restricted to Pakistan although the largest number of cases arise from there. A similar pattern emerges in India, Afghanistan, Bangladesh, Kenya and Middle Eastern countries. Other cases also crop up, where ethnic minority women are taken to home countries to force them into marriages arranged by the family or simply to get rid of them. The murder of Bradford-born Samia Shahid springs to mind but there are countless other young girls banished to relatives’ homes in Pakistani villages so they can reform themselves and agree to an arranged marriage. The highest number of forced marriage cases reported to the British Foreign office is from Pakistan accounting for 44 per cent of all cases in 2018. Charity Southall Black Sisters campaigned around the case of a woman who they felt was taken to Indian Punjab and murdered there by her husband. They felt ethnic minority women are disadvantaged as per British law since it is difficult for the British police to investigate a murder that is ‘exported’. Some years earlier, Surjit Athwal was lured to India by her husband and mother-in-law who drowned her there.

Another trend is to marry women from South Asia who are left with in-laws as unpaid carers. In Indian Punjab this has become a business model. The eligibility of foreign national men allows them to arrange quick, short-lived marriages for the purpose of extracting dowry. The National Commission for Women in India suggest that it affects tens of thousands of women. There are no figures on the number of women affected in Pakistan but in Mirpur and Jhelum there are generations of abandoned women and children. Most recently I came across 21-year-old Saima, the daughter of a corn-seller, who became the fourth wife of a much older British national, who was childless. As soon as Saima gave birth to their child, she states she was pressurised to take sleeping medication, the child was removed from her care and whisked away to England.

The disposability of women, be it their roles as child-bearers, honour-bearers or dowry givers takes over basic humanity. They fall between two worlds: an anti-immigration sentiment in their host countries and cultural taboos in their home countries. In most countries, be it Pakistan, the United Kingdom, Afghanistan or India, policies to empower ethnic minority women are the last on the agenda. Political parties are unwilling to upset the sentiments of their vote banks — leaders of ethnic minority communities who are inevitably men imposing traditional values at the expense of women’s rights. A fellow activist once said that women are the last colony left. Within this colony, women from ethnic minorities will be the last to be de-colonised.

Note: To protect the identities of children, some names and details have been changed.

The writer is a board member, AGHS Legal Aid Cell, an advocate of the high courts, Pakistan, and a solicitor of the senior courts of England and Wales.