Diwali is here – Will the firecracker ban go up in smoke? 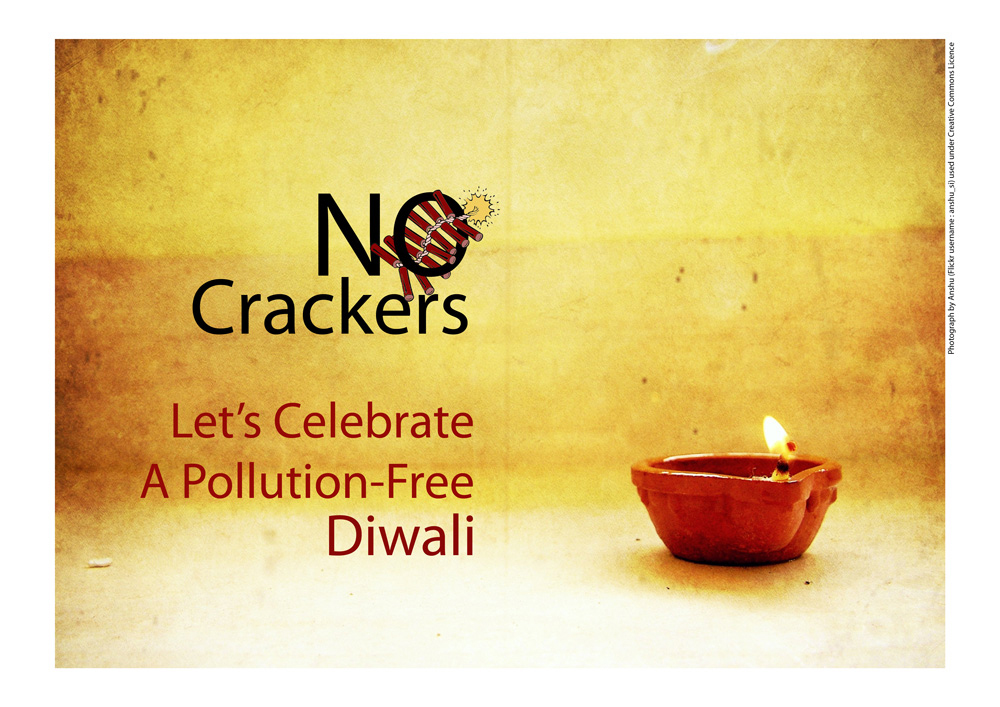 Delhi skies are fifty shades of grey. A pun as intended as possible, because the lungs of those who breathe in the national capital region are processing the worst pollution this season. All those ‘nature is healing’ captions of photos depicting blue skies, green flora and happy fauna even in urban zones during the Covid-19 lockdown have gone up in smoke.

On Monday, Delhi recorded its worst air day till date this year with the Air Quality Index (AQI) touching 477 in the “severe” category, reported the Times of India. Delhi residents just had to look out of their windows to see and breath in the thick grey-brown haze that has engulfed the Capital. Some have begun reporting breathing problems, with a sensation in the back of the throat, and / or itching or burning sensation in the eyes as well. Some areas continue to record maximum AQI on Tuesday as well.

The national capital’s air quality remained “severe” for the fifth consecutive day on Monday, reported NDTV, as the low wind speed exacerbated the effect of stubble burning. The news report quoted V K Soni, the head of the India Meteorological Department’s (IMD) environment research centre, who confirmed that the air quality situation is likely to remain the same Delhi-NCR in the coming days. “The air quality is likely to be recorded in the upper end of the ”very poor” category on Diwali if we discount firecrackers emissions. If people burst crackers, pollution levels can increase to ”severe” to ”severe plus” category (emergency),” he said.

The National Green Tribunal (NGT) on Monday imposed a “total ban on the sale or use of all kinds of firecrackers in the National Capital Region (NCR) from November 9 midnight to November 30 midnight.” The NGT said, “Celebration by crackers is for happiness and not to celebrate deaths and diseases”.  Delhi’s neighbouring cities of Faridabad, Ghaziabad, Noida, Greater Noida, and Gurugram also recorded “severe” air quality.

The next measurement is of particulate matter or PM levels. PM10 is particulate matter with a diameter of 10 micrometers and is inhalable into the lungs. These particles include dust, pollen and mold spores, explained the news report, levels of PM2.5 – finer particles that can even enter the bloodstream – were 381 µg/m3 at 11 am. PM2.5 levels up to 60 µg/m3 are considered safe. The PM10 levels in Delhi-NCR stood at 591 microgram per cubic meter (µg/m3) at 10 am, the highest since November 15 last year, when it was 637 µg/m3, according to CPCB data. PM10 levels below 100 µg/m3 are considered safe in India. PM10 levels are considered “severe plus” if they are 500 microgram per cubic meter, according to the Graded Response Action Plan for Delhi-NCR notified by the Ministry of Environment and Forests in 2017, added NDTV.

According to the India Meteorological Department (IMD), the wind speed was 3 to 4 kilometres per hour in the morning and the minimum temperature of 10 degrees Celsius. Calm winds and low temperatures trap pollutants close to the ground, adding to that moderate fog in the morning, which combines with the pollution to create smog, further reducing visibility and making the air thick and rancid. News reports stated that visibility in Delhi was as low as 600 meters at the Safdarjung Observatory, Kuldeep Srivastava, the head of the IMD”s regional forecasting centre, confirmed it, adding, the situation is likely to continue till November 15 as the wind speed is not expected to pick up.

The central government’s Air Quality Early Warning System for Delhi also said a “significant improvement in air quality is not likely” owing to slow wind speed, particularly during night time, and contribution from farm fires. “The farm fire count over Punjab remains very high which is likely to impact the air quality of Delhi-NCR and other parts of northwest India,” the reports added.

Meanwhile the National Green Tribunal bans firecrackers in all districts under the National Capital Region, as well as all cities across the country with “poor” or worse air has come into effect from November 9 to November 30. “Green crackers” are, however, permitted for two hours in places with “moderate” air quality.   The NGT ban also prohibits the sale of firecrackers in Delhi and adjoining areas till November 30. Any violation can result in a jail term, stated Delhi Environment Minister Gopal Rai.

The ban will be applicable to more than 2 dozen districts across four states that are a part of the National Capital Region (NCR) and nationwide in all “cities and towns where the average ambient air quality in November last year was “poor” or worse”. According to the NDTV news report the  timing will be “8-10 pm on Diwali and Gurupurb, 6am-8 am on Chhatt and 11.55pm-12.30am during Christmas and New Year’s eve.”

Meanwhile Livemint reported that the ‘sudden ban’ had hit those involved in the production of firecrackers in Virudhunagar district’s Sivakasi. This town is the “firecracker manufacturing hub” of  the country. According to the report, “manufacturers have been blindsided by the abrupt ban, announced days before Diwali, a season when the town in Tamil Nadu sells over 80% of its crackers.”

Manickam Tagore, the Lok Sabha MP representing Virudhunagar, which includes Sivakasi, said the ban was a “knee jerk recreation” and will impact those who depend on work in fireworks factories in his constituency to make a living.

Tagore wants Union environment minister Prakash Javadekar to intervene, “There have always been challenges and calls for bans every year. But this time, after covid and lockdown, the industry will be affected in a very big way.” News reports added that Rajasthan, West Bengal, Maharashtra, Odisha and Karnataka had already banned firecrackers last week.

Meanwhile, Madhya Pradesh Chief Minister is encouraging bursting fire crackers as long as they are made in India, “There is no restriction on firecrackers in the state. Yes, but there is a ban on Chinese firecrackers.”