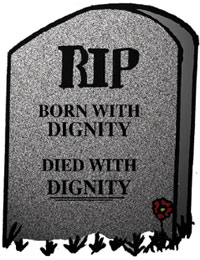 India’s first draft bill to regulate decisions to withhold or withdraw life support and medical treatment to terminally ill patients has worried doctors who believe that the proposed rules may involve the courts in medical decisions.

The bill, released by the Indian health ministry last week for public responses, would allow terminally ill people or their families to decline treatment and doctors receiving such requests to withhold or withdraw support without the threat of legal consequences.1

Members of the Indian Society for Critical Care Medicine and the Indian Association of Palliative Care have been urging the health ministry to regulate issues relating to end of life care. Many doctors believe that an inadequate legal framework and a reticence in the community to discuss death have unnecessarily prolonged the experience of terminally ill patients as well as the wasteful use of private and public resources.2

The bill defined terminal illness as “illness, injury or degeneration of physical or mental condition which is causing extreme pain and suffering to the patients and which, according to reasonable medical opinion, will inevitably cause the untimely death of the patient,” or “which has caused a persistent irreversible vegetative condition under which no meaningful existence of life is possible.”

Doctors are worried about such a broad definition and about clauses in the bill whereby the High Courts and government appointed medical panels would have to be consulted before decisions are made to withhold or withdraw life support to terminally ill people.

Raj Kumar Mani, a pulmonologist in New Delhi and member of the research committee of the Indian Society for Critical Care Medicine, said, “This draft is deeply flawed—it completely ignores professional medical views from within India and current practices in many countries, including the United Kingdom and the United States, which adopted end of life care guidelines years ago.”

A panel of doctors representing the Indian Society for Critical Care Medicine and the Indian Association of Palliative Care had published a set of guidelines two years ago calling for early disclosure of the prognosis to families, shared decision making, and the implementation of processes of withholding and withdrawing life support.3

Under the bill’s provisions, the central and state health departments would establish panels of medical experts to be consulted by the High Courts for when they received requests from family members, other care givers, or hospitals on behalf of terminally ill people.

Mani noted, “Such decisions are private decisions by patients, their family members, and their doctors. The regulations should have adequate safeguards, perhaps through independent medical panels in hospitals, but how can the courts decide every case?”

India’s Supreme Court had set guidelines in a ruling five years ago under which the High Courts would consult medical panels to decide on family requests to withdraw life support to patients in persistent vegetative states.4 But doctors have pointed out that the Supreme Court had ruled specifically in response to a petition to withdraw feeding support from Aruna Shanbaug, a nurse who had been in a persistent vegetative state in a Mumbai hospital since 1973 after she was sexually assaulted. The court had rejected the petition, accepting the hospital’s pleas to be able to continue caring for Shanbaug, who died from pneumonia last year.5

Jigeeshu Divatia, head of anaesthesiology and critical care medicine at the Tata Memorial Centre, Mumbai, said, “Any legislation on withholding or withdrawal of care should make clear distinctions between patients in persistent vegetative states and critically ill patients in intensive care units close to imminent death in whom medical treatment would be futile.”

He said that a procedure requiring consultations with the High Courts and the medical panels would be justified in cases of patients in permanent vegetative states whose life could be sustained indefinitely even without medical support. Divatia added, “The court procedure would be impractical for critically ill patients for whom artificial life support treatment would only prolong suffering of patients and their families.”

Roop Gursahani, a consultant neurologist at the Hinduja Hospital, Mumbai, said that the Indian Academy of Neurology will work with critical care and palliative care specialists to propose a revised draft that their associations plan to submit to the health ministry.

He said, “What has been proposed is completely impractical. Decisions involving patients in intensive care units need to be taken pretty fast. The external medical panels and High Courts could play a role in auditing such decisions.”